Our regular readers will be aware that Wired-GOV recently sponsored the alpine ski racing team from 105th Regiment Royal Artillery, the Scottish and Ulster Gunners in support of their participation in the recent Royal Artillery  Championships 2014, held in Alpe d'Huez, France.

Click here to view the pre-Christmas update along with brief details of each individual team member.

5th January 2014: After the holiday break, the team arrived back out to what seems a very different resort (lots of snow compared to when they left).  Heavy snow led to some tough conditions however with blue skis and sun, at least they could see the slope this time around!

The initial seeding list was created from the race times posted in December combined with previous data.  Results were as follows: 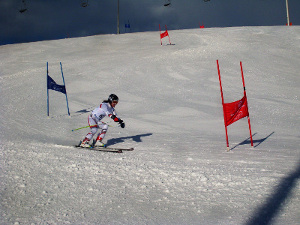 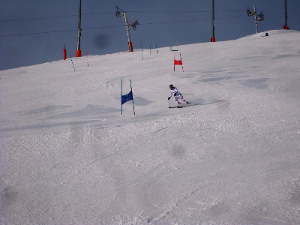 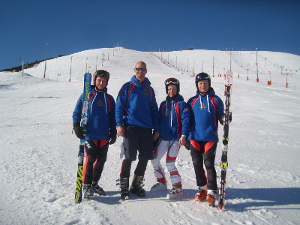 More race results to follow along with full and final standings of the Royal Artillery Championship to be published w/c 13th January.

13th January (Final update): Last week saw the Scottish and Ulster Gunners participate in the Royal Artillery Alpine Championships, held in Alpe d’Huez.  For Brian, Rich and Louisa this marked the culmination of three weeks race training prior to Christmas, and the first time they have raced in a competitive environment.

The Royal Artillery Championships was held over 6th – 10th January and involved racing in the Slalom, Giant Slalom and Super G disciplines as individuals and as a team.  The team had the following comments on this unique personal development opportunity:

Brian comments:  “The training and the racing has been demanding in all respects.  The high standards of skiing by the experienced racers have brought us all on.  The physical demands of racing, particularly on the steep slopes, are something not to be underestimated.  Even as a physical training instructor in Civilian Street, I have been taken aback by the physicality required; especially when you consider a race is only a couple of minutes long.  The exhilaration of completing a race is second-to-none.”

Rich comments:  “This has been a hugely enjoyable experience.  There was no differentiation between being a Regular or Reservist, the banter was across the board.  I surprised myself how much I enjoyed racing.  I particularly enjoyed the technical aspect of the Slalom, having the quickly think about my next move in the split seconds I had before reaching the next pole.  The faster racers certainly got the adrenaline going.”

Lousia comments:  “This has in no way been recreational holiday.  The physical fitness required to race train and compete is high, and I have been hugely proud of myself that I have been able to achieve it.  The greatest memory for me will be in the start gate of the Super G, looking down the very steep start gate; it utterly shredded my nerves.  Completing the race was a huge adrenaline rush, something I will never have gotten in my civilian life.  I joined the Army Reserves to push myself, and alpine racing has certainly ticked the boxes.”

The final overall positions were as follows:

Individual standings (out of 80 competitors)

Chris comments:  “It has been fantastic to bring a new Army Reserve team out to the Royal Artillery Championships.  For a team with no race experience I am really pleased with our result.  It has been very rewarding, and sometimes slightly humorous, to watch the guys toil with the physical and mental demands of alpine racing.  On a personal level the fact I got to race against three of the top racers in the Royal Artillery was great fun after such a long time away from the sport.  I am slightly disappointed with my result, I won’t lie; I will just have to try and beat them in the next championships instead!  It has been a good return to racing.

Lastly I would like to take this opportunity to thank Wired Gov for their fantastic support.  We have been able to race on some fantastic kit that otherwise would not have been possible.

The team are now in Serre Chevalier for Ex SPARTAN HIKE, which incorporates the Army Reserves Championships. 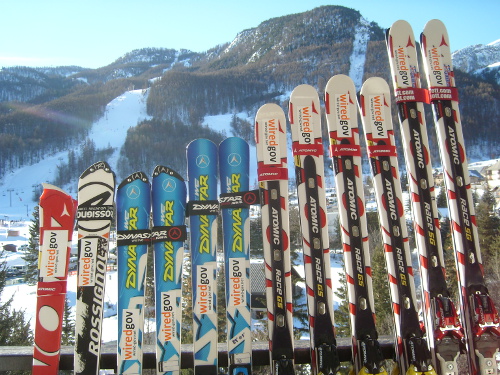 Business IT Support by: Trusted IT