The announcement is according to six leading international datasets consolidated by the World Meteorological Organization (WMO). 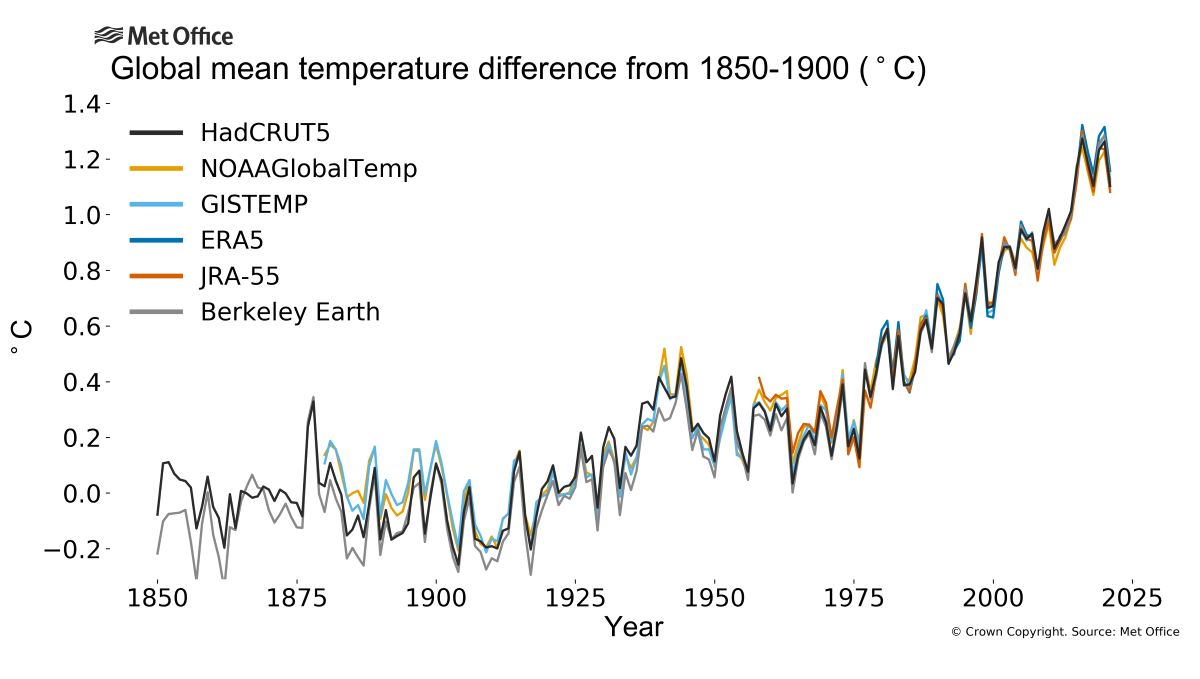 The HadCRUT5 dataset is compiled by the Met Office and the University of East Anglia, with support from the National Centre for Atmospheric Research. HadCRUT5 is the most recent dataset to report its global findings for 2021. It shows that the year was 0.76 ± 0.04 °C above the 1961-1990 average, placing it joint sixth warmest (with 2018). When compared with the pre-industrial global reference period, the year was 1.1 ± 0.1 °C above the 1850-1900 average. This aligns extremely well with figures already published by other international centres.

The WMO uses six international data sets to provide an authoritative assessment of global temperature change. They reported that 2021 was around 1.11± 0.13°C warmer than the 1850-1900 average based on an average of the six data sets. 2021 is the 7th consecutive year (2015-2021) where global temperature has been over 1.0°C above pre-industrial levels, according to all datasets used by WMO.

The ranking of individual years often hinges on small or marginal differences between years and can vary slightly between data sets. Long term warming however is clear. Since the 1980s, each decade has been warmer than the previous one and this is expected to continue.

“2021 is one of the warmest years on record, continuing a series of measurements of a world that is warming under the effects of greenhouse gas emissions. This extends a streak of notably warm years from 2015 to 2021 – the warmest seven years in over 170 years of measurements.”

Global warming and other long-term climate change trends are expected to continue as a result of record levels of heat-trapping greenhouse gases in the atmosphere.