For the UK the overall picture of the year as a whole is fairly ‘average’, with temperature and sunshine levels fairly close to the long-term average and rainfall slightly below.

But what do we mean by ‘average’? 2021 was the first year of a new decade. The Met Office has recently updated to the latest World Meteorological Organization climate averages which are for the period 1991-2020 and, in line with this, the year has been compared against this new period. So, although the UK mean temperature has been close to the ‘average’ compared to 1991-2020, our climate is warming, which means it is closer to 1.0°C warmer than the earlier 1961-1990 baseline, and is likely to fall inside the top 20 warmest years on record for the UK – a series which begins in 1884.

Inevitably, the UK figures mask some regional details. Northern Ireland is likely to finish within the top five warmest years, thanks to unusually warm summer and autumn seasons, including its highest temperature on record, set during July. North-western parts of the UK have seen sunshine statistics well above average, and rainfall well below average.

Mike Kendon is from the Met Office National Climate Information Centre. He recently said: “Overall, it has been a fairly unremarkable year in terms of annual statistics. The UK as a whole has been slightly warmer and slightly drier than average, though with some variation around the country especially regarding rainfall.

“Broadly speaking, colder than average conditions dominated through the early part of the year, but most months have been warmer than average from June to December, September being the most notable of these. The wettest month relative to average was May, and we had unusually dry weather predominating in April, June – except in the south-east – and November, except for the far north-west. For the second year in a row, April was exceptionally sunny across the UK, and it also had the most air frosts for at least 60 years.” The Met Office air frost series began in 1960. An air frost occurs when the air temperature dips below 0.0°C. 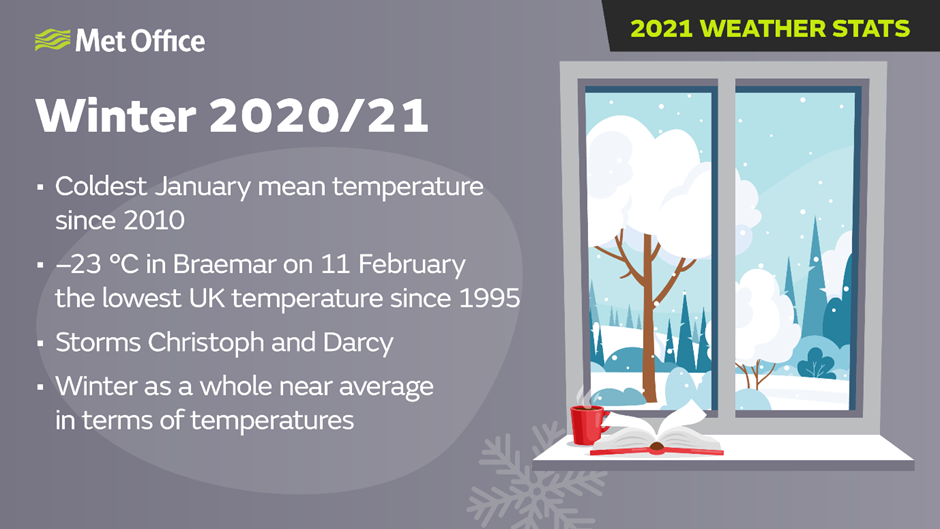 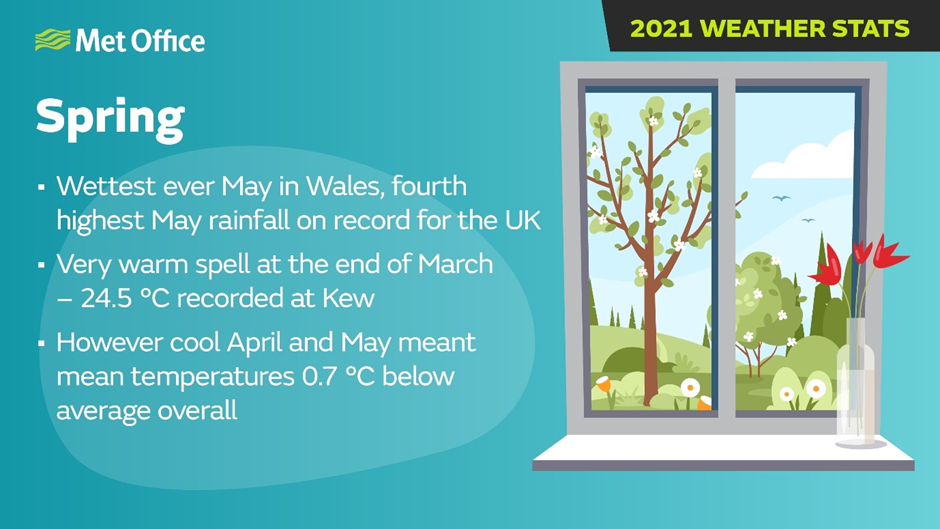 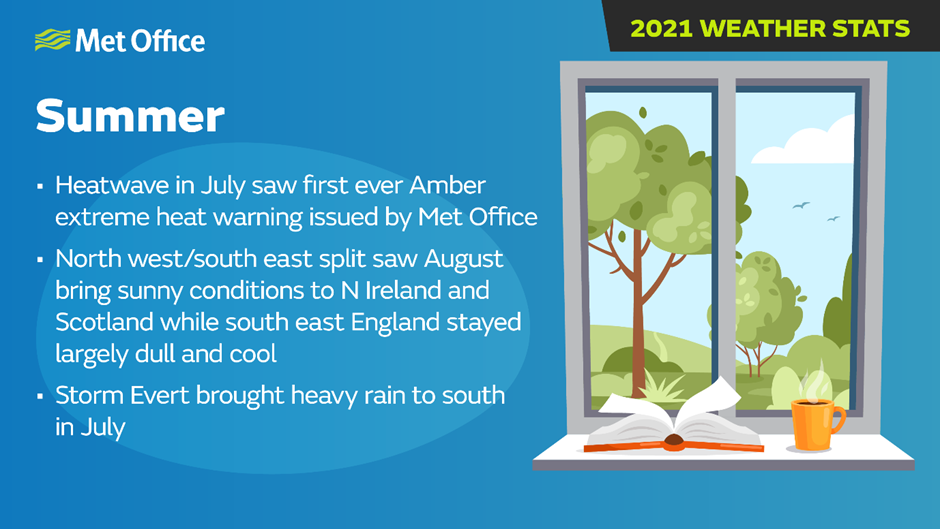 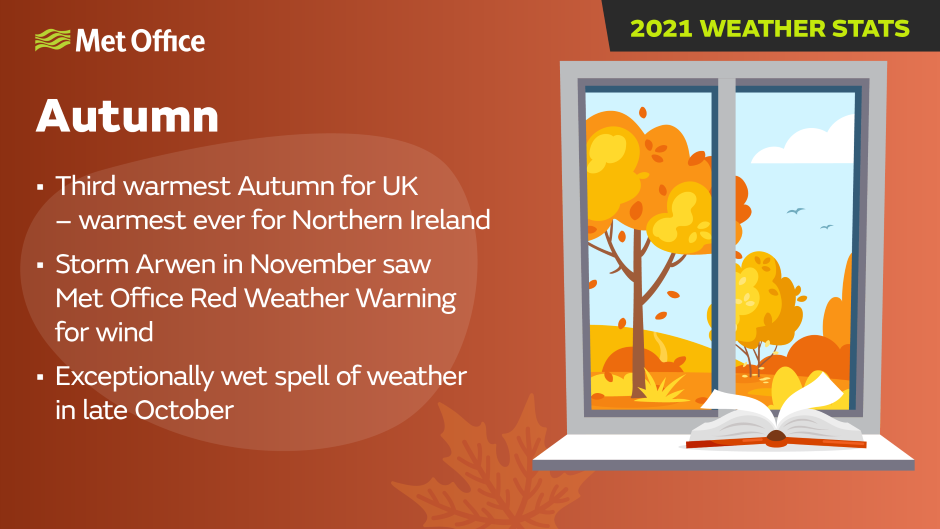 An update to the 2021 UK climate statistics will be published early in 2022.

A multi-year project to improve weather forecasting and climate monitoring starts today (13 December), with the launch of a new satellite by EUMETSAT and the European Space Agency (ESA).