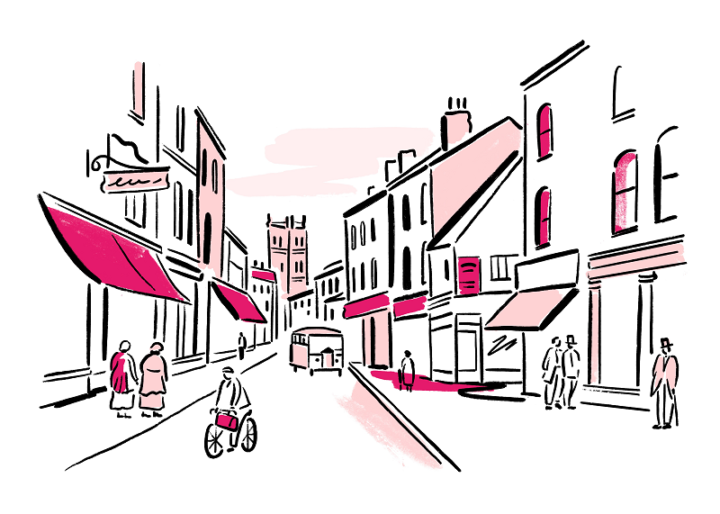 Following on from our 20sPeople programme marking the release of the census, The National Archives has joined forces with the British Association for Local History (BALH) to celebrate our shared past with 20sStreets, a project celebrating local history and exploring what it was like where you live a century ago.

Who lived on your street? How have things changed? What surprised you most? Have you recently solved a mystery? Why not let us know by entering our 20sStreets local history competition and be in with a chance of winning some fantastic prizes.

Entry is open to individuals and groups with a year’s premium subscription to Findmypast offering unlimited access to the 1921 Census, a bespoke tour behind the scenes at The National Archives, and tailored advice from the BALH experts to help you with your research up for grabs.

So if you have a local history story that captures the imagination, visit 20sStreets local history competition to enter and for more information.

The story must have a link to the 1920s; for example, your story might be based entirely in one place in the 1920s, or your story might cover different periods and places through time, with one being the 1920s. It must also relate to the areas covered by the 1921 Census of England and Wales (England, Wales, the Isle of Man and the Channel Islands), but the rest is up to you. If it’s a tale worth telling, we want to hear it! Entries close 31 January 2023.

Our award-winning education service provides invaluable support for teachers and students with a full range of learning resources and taught sessions covering the span of British history from the medieval period to present day. We also provide a dedicated learning programme for students with Specialist Educational Needs and Disabilities.

The Secretary of State for Northern Ireland, Rt Hon Chris Heaton-Harris MP, has announced the development of a new educational package telling the story of the Belfast (Good Friday) Agreement and Northern Ireland’s transformation over the past quarter century.