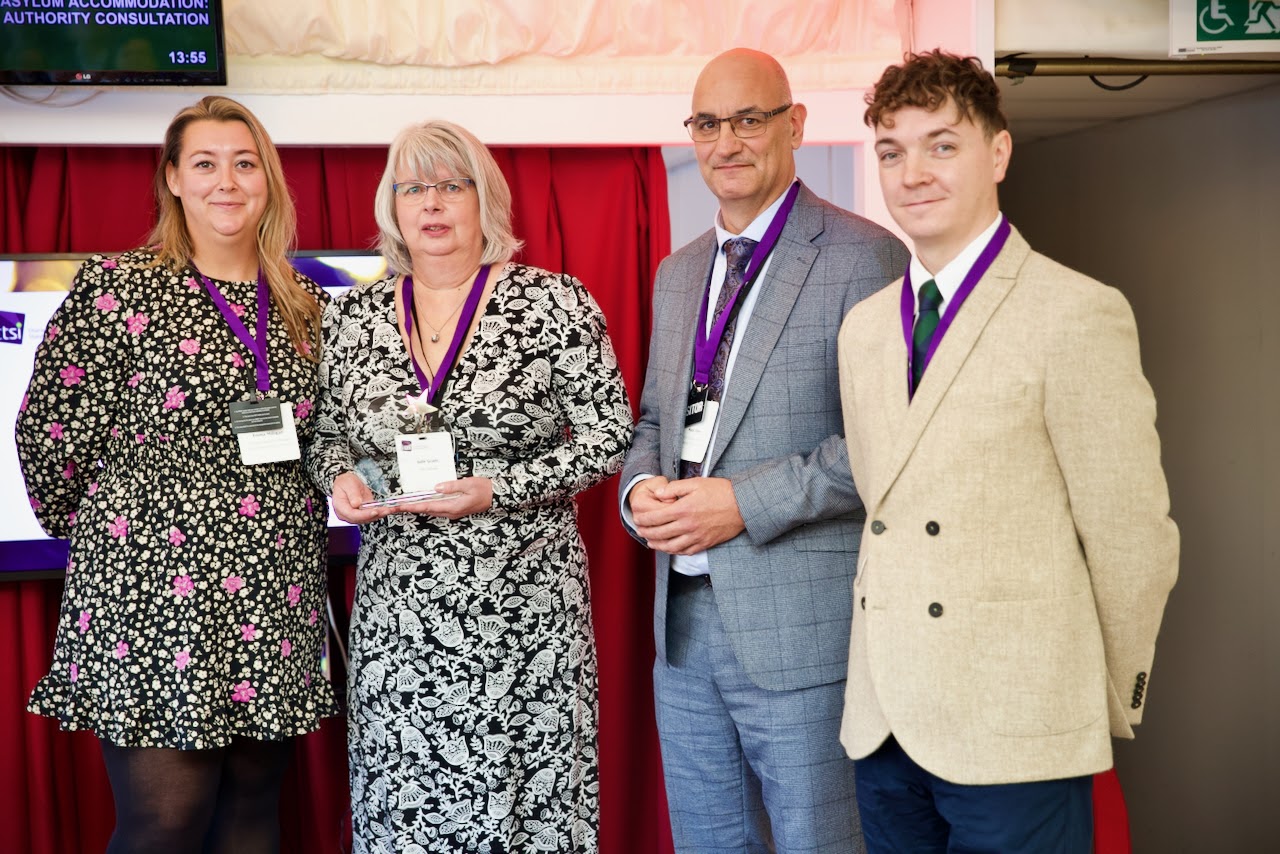 The awards, hosted by CTSI at the House of Lords on the evening of Wednesday 23 November, recognised significant contributions to consumer protection across the UK.

Operation June was developed to mark the 10th anniversary of the death of Lincolnshire resident June Buffham who died in a housefire believed to have been started by an illicit cigarette that failed to extinguish.

Since June’s tragic accident, Julie Grant (June’s daughter) has campaigned tirelessly to highlight the dangers of smoking illicit cigarettes, while working with Trading Standards in Lincolnshire and beyond. The 10-year anniversary was seen as an opportunity to work with Julie again on a new awareness-raising campaign. Julie was concerned that with the ongoing cost-of-living crisis, illicit cigarettes could become a more desirable option to some people, and she was keen to avoid another experiencing the trauma she had gone through 10 years ago.

Led by Lincolnshire County Council Trading Standards, working in partnership with the Lincolnshire Tobacco Control Board, East Midlands Fire Investigation Dog Team and Julie Grant, the campaign included materials such as; videos, posters, leaflets, and other resources to help spread the message.

Since launching Operation June in April 2022, Lincolnshire Trading Standards has seized over 156,000 illegal cigarettes, 290kg of hand-rolling tobacco and 4,500 illegal vapes off the streets of the county.

“Since my Mum’s death in 2012 I have been concerned (but even more so in the current economic climate) that smokers, wanting to save money, would purchase illegal cheap cigarettes without knowing the fire safety dangers they can pose. Operation June, set up to share safety information, could, potentially, save lives. ‘No amount of money saved is worth losing a life for’.

“Ten years on from losing my wonderful Mum in horrific circumstances, retelling the ‘story’ dozens of times along the way, working closely with Emma Milligan and Chris O’Rourke of Lincolnshire Trading Standards (who I can’t thank enough) and then launching Operation June in my Mum’s name was more than I thought I could ever achieve. Now this is such a bittersweet moment to be nominated and chosen as the recipient of this award; it’s a true honour and I feel humbled but proud of this achievement.”

“The CTSI Hero Awards are a fantastic opportunity to celebrate remarkable individuals or groups of people who make outstanding contributions towards safeguarding vulnerable consumers in our communities.

“Every year, we are inspired by the stories of nominees throughout the country whose bravery, altruism and hard work often goes unnoticed. These awards honour those remarkable people who have gone the extra mile for consumers.

“The cost-of-living crisis risks a significant rise in consumer detriment that the UK has not seen for decades. As consumers look to save money, there is the potential for them to try to cut corners. Initiatives such as Operation June are therefore increasingly important.”