Ammonia emissions from agriculture continue to pose problems for Europe

While emissions of most air pollutants remain on a downward trend across the European Union, emissions of ammonia from the agricultural sector continue to rise, posing a challenge for EU Member States in meeting EU air pollution limits, according to updated data released by the European Environment Agency (EEA) recently (28 June 2019). 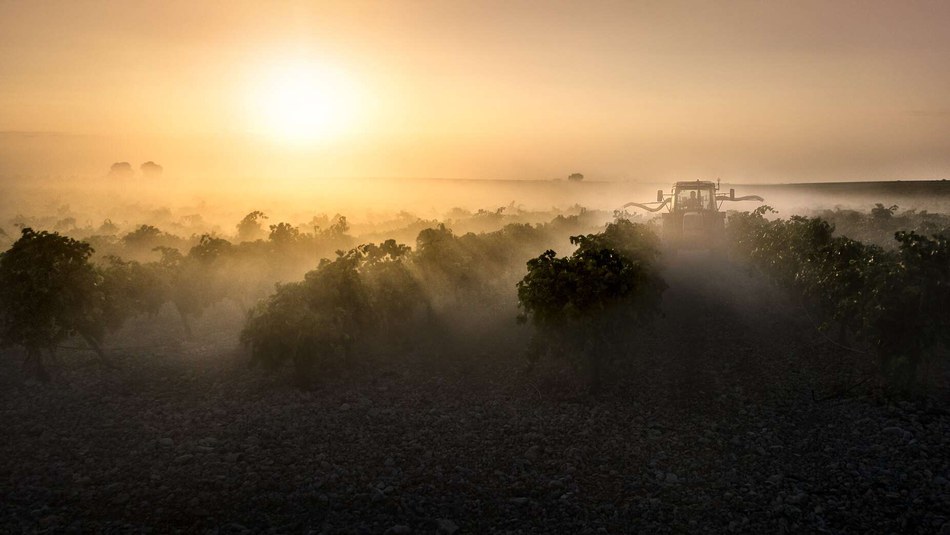 Emissions of Ammonia (NH3) rose for the fourth year running, increasing by 0.4% across the EU, from 2016 to 2017, according to the annual EEA briefing ‘National Emission Ceilings (NEC) Directive reporting status 2019’ . Over the 2014-2017 period, the overall increase was about 2.5%. These increases are because of the lack of emission reductions in the agricultural sector. Ammonia emissions can lead to increased acid depositions and excessive levels of nutrients in soil, rivers or lakes, which can have negative impacts on aquatic ecosystems and cause damage to forests, crops and other vegetation. Eutrophication can lead to severe reductions in water quality with subsequent impacts including decreased biodiversity, and toxicity effects.

In 2017, the most recent year for which data were reported, total emissions of the four main air pollutants nitrogen oxides (NOx), non-methane volatile organic compounds (NMVOCs), sulphur dioxide (SO2) and ammonia – were below the respective ceilings set for the EU as a whole. While 21 EU Member States were in compliance with the ammonia emissions ceiling in 2017, six (Austria, Croatia, Germany, Ireland, the Netherlands, and Spain) were not and an increasing number of Member States are projected to miss their 2020 and 2030 emission reduction commitments. The EEA briefing notes that a more substantial reduction will be required for all pollutants if the EU is to achieve its emission reduction commitments for 2030.

The EEA briefing also includes an update of projected emissions reported by EU Member States for 2020 and 2030 under the NEC Directive in relation to their individual reduction commitments set in the NEC Directive for these years. Reductions of around 15% are required for NMVOC and ammonia, more than 30% for particulate matter (PM2.5) and sulphur dioxide, and almost 40% for nitrogen oxides.

The briefing presents progress made by the EU and its Member States in meeting the emissions ceilings that are applicable since 2010 and which are set out in the NEC Directive (2016/2284/EU). The EU legislation restricts emissions for four key air pollutants from 2010 onward; nitrogen oxides (NOx), non-methane volatile organic compounds (NMVOCs), sulphur dioxide (SO2), and ammonia (NH3), and also from 2020 for fine particulate matter (PM2.5). The analysis is based on the latest air pollutant emission inventory data for the period 2010-2017, as reported by EU Member States in February 2019. The briefing also provides an assessment of the projected emissions reported by Member States for 2020 and 2030.

A separate EEA report on updated data from the annual European Union emission inventory report 1990-2016 under the UNECE Convention on Long-range Transboundary Air Pollution (LRTAP) will be published in the coming months.

ESMA Provides Guidance on The Compliance Function Under MIFID II

Returning to free movement across borders is of utmost importance

A swift return to a fully functional Schengen area is needed to safeguard freedom of movement and ensure the EU’s economic recovery, says the Civil Liberties Committee.

Space policy can play an important role in achieving a sustainable EU economy.

Coronavirus inquiry: Our letter to Mayor of London Sadiq Khan

Today, we have launched an inquiry into the impact of coronavirus on ethnic minorities, as the pandemic has shone a light on long-standing, structural race inequality in Britain.

Speech given yesterday by President von der Leyen at the Global Vaccine Summit.

Speech given yesterday by Vice President Věra Jourová on countering disinformation amid COVID-19 “From pandemic to infodemic”.

The European Securities and Markets Authority (ESMA), the EU’s securities markets regulator, yesterday published a supervisory briefing on the supervision by National Competent Authorities (NCAs) of costs applicable to Undertakings for the Collective Investment in Transferable Securities (UCITS) and Alternative Investment Funds (AIFs).

The Council recently (03 June 2020) approved its annual report on the implementation of Regulation 1049/2001 regarding public access to documents.

Yemen: EU allocates over €70 million to help most vulnerable population

The Commission will provide new funding of €70 million in Yemen, as the coronavirus threatens to worsen one of the world's worst humanitarian crises, where famine already looms.

The Commission yesterday launched the second-stage consultation of European trade unions and employers' organisations on how to ensure fair minimum wages for all workers in the European Union.