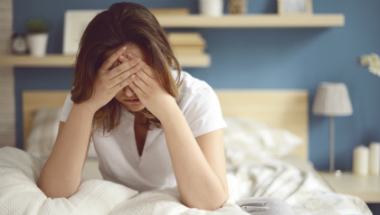 The independent appeal panel upheld one appeal point: the committee unreasonably failed to consider the cost-effectiveness of erenumab versus best supportive care in people with chronic migraine who had failed to benefit from the comparator drug (botulinum toxin) or when it is contra-indicated.

The appraisal committee has now been asked to request any available data to enable it to consider the role of erenumab when it is used at this point in the treatment pathway.

Whether in the light of such data (if any) the recommendation should be amended will be a matter for the committee to decide.

The appeal panel considered that, in view of the clear evidence from experts, this was a plausible clinical use of the drug and it was unreasonable for the appraisal committee not to have considered any relevant data regarding the effectiveness of erenumab following botulinum toxin therapy.

The appeal panel dismissed the other points of the appeal, which was heard at a public meeting held in December. The appeal was submitted jointly by the British Association for the Study of Headache and the Association of British Neurologists against the FAD for erenumab, which did not recommend the drug, within its marketing authorisation, for preventing migraine in adults who have at least 4 migraine days per month.

The full decision of the appeal panel is available on the NICE website at https://www.nice.org.uk/guidance/gid-ta10302/documents/appeal-decision

Rehabilitation after traumatic injury should support people in resuming their lives

A new approach to prioritising requests for NICE Scientific Advice

NHS England has asked NICE to develop a guideline on the management and follow up of blood clots and low platelet counts associated with COVID-19 vaccination.

NICE recently (28 June 2021) published its draft guideline on the prevention and non-surgical management of pelvic floor dysfunction and is seeking stakeholder comments on the draft recommendations.

NICE estimates an average cost saving of £13.62 per patient to the NHS as a result of reduced surgical site infections compared with current standard absorbable stitches.

In final guidance published today (25 June), NICE has for the first time recommended mental health support for people who are severely affected by their acne