Armitt: A clear infrastructure policy is more vital than ever 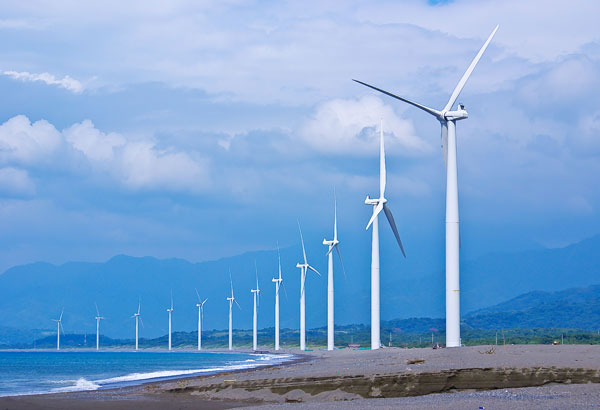 Two years ago the National Infrastructure Commission published the first ever comprehensive assessment of the UK’s infrastructure needs, looking ahead to 2050.

Since then, many of the areas we highlighted – such the need for greater investment in flood resilience measures and accelerating the rollout of gigabit broadband – have seen significant steps forward. The challenge is now one of acceleration and delivery.

As the decision to postpone the autumn Budget has shown, the pandemic is understandably forcing a rethink of short-term priorities.

But it is partly because of the economic challenges posed by the health crisis that industry is craving a clear statement of future direction for infrastructure policy.

A market-led recovery requires increased business confidence. Significant parts of national infrastructure, including energy production and distribution, water, and digital communications, are privately owned and funded. Boosting the confidence of investors and firms is therefore critical for future investment and new jobs.

When we were delivering the new infrastructure needed for London to host the Olympic Games in 2012, it was the immovable date of the opening ceremony and the clarity of vision around the importance of legacy that ensured we could plan and deliver effectively.

A golden opportunity for ministers to provide similar clarity exists. The government has said it will publish a National Infrastructure Strategy – its formal response to our 2018 assessment – in the autumn.

This strategy, alongside a White Paper on energy, can set out a road map for delivering the net zero target by 2050 and promote economic growth balanced across the nations and regions of the UK.

One priority is how we can supercharge the renewable energy market. The commission’s latest analysis suggested 65pc of Britain’s electricity could come from renewable sources by 2030, given their rapidly falling costs and the speed with that they can be brought on to the grid.

The government needs to confirm the future role to be played by hydrogen, and continue to provide certainty to onshore wind, offshore wind and solar generators by creating an ongoing route to market through regular contract auctions.

We also need to get ready to make big decisions on the future of our heating system. More than a fifth of the country’s greenhouse gas emissions come from the supply of heating and hot water to homes and businesses.

By 2025 gas boilers will be banned in new-build homes, but in order to stand a chance of meeting net zero by 2050 we need to place strategic bets on the technologies best placed to replace existing boilers.

Alongside electrification, one leading contender is hydrogen. There is a strong case for the UK placing a strategic bet on this technology and testing whether it can work at scale across heating, as well as transport, industrial processes and electricity generation.

However, this will require large scale pilot studies to provide the evidence base the government needs to make firm decisions. And these pilots would in themselves help create jobs across the country.

This autumn’s policy statements also provide the chance to confirm a new target for ending the sale of new diesel and petrol cars by 2030. We know drivers will make the shift if they have the incentives and confidence to do it. Government has shown some ambition, committing £500m of funding towards a nationwide charging network.

But a firm commitment to the 2030 date and action from Ofgem to help facilitate private investment to upgrade the distribution network is required, to enable drivers to make the switch with confidence.

Speaking of driving change, this autumn ought to bring more details on how the government will work with local leaders to “level up” our economic geography.

Sometimes this requires national level decisions: we are advising the government on a new integrated rail plan to improve connectivity and trade between Greater Manchester, Leeds and Birmingham, alongside the strategic need to support housing and new infrastructure across the Oxford, Cambridge and Milton Keynes arc.

But those in power also need to devolve multi-year budgets to more local leaders to improve transport, and work with cities to identify major projects to alleviate congestion in our fastest growing places. While the pandemic may change some transport patterns, our largest towns and cities still need the resources to help unlock jobs and promote economic growth.

An uncertain short-term outlook need not be the enemy of a long-term strategy.

The government has set ambitious goals on net zero and levelling up. Infrastructure has a critical role in helping to meet them.

Now we need to see a national long-term strategy and detailed plans for delivery – so that public and private sectors can work together to prepare the UK for the challenges and opportunities ahead.

Sir John Armitt, Chair of the National Infrastructure Commission, yesterday (08 October 2020) delivered a speech at the launch of the Commission’s report, Principles for effective urban infrastructure.

Are you interested in leading the development of policy recommendations helping to shape the future of the UK’s economic infrastructure?

The National Infrastructure Commission has set out a roadmap for ensuring its own staff team reflects the diversity of the UK, alongside making inclusion a key factor in analysing future policy questions to help infrastructure better serve the needs of all users.

New research carried out for the National Infrastructure Commission shows how sharp falls in the cost of renewable generation mean that Britain should aim for renewables to meet two thirds of electricity needs by 2030 and that this can be delivered at the same overall cost as meeting only half of total demand by that date.