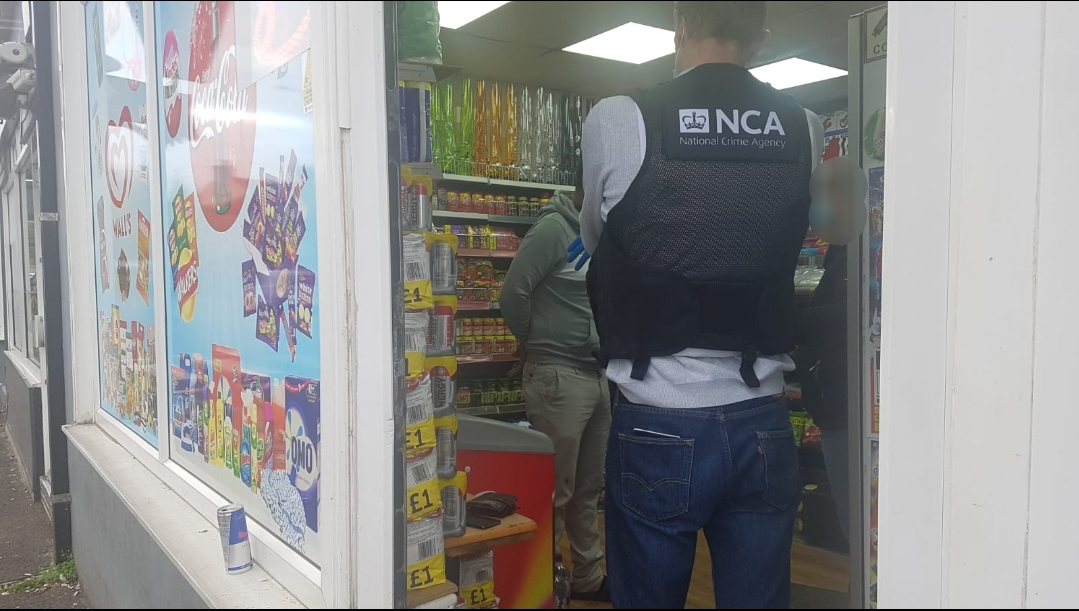 The first saw a man arrested in East Sussex on suspicion of supplying small boats to aid people smugglers in France.

NCA officers detained the 30-year-old in Hastings, at around 9am friday (16 October).

Shortly afterwards a property on Battle Road was searched. The operation was supported by officers from Sussex Police.

The NCA investigation relates to the sale and distribution of vessels sourced in the UK, and subsequently taken to France to be used in cross-Channel facilitation attempts.

Officers suspect the individual concerned of being linked to a number of vessels which have been used in crossings by migrants.

One such vessel was recovered from St Margaret’s Bay in Kent on 2 September, a day in which around 400 people reached the UK using small boats. The investigation is being supported by Project Invigor, the immigration crime taskforce led by the NCA, but also including Immigration Enforcement, Border Force and the CPS, and also French law enforcement.

Separately, NCA officers have made another series of arrests as part of an investigation targeting a criminal network suspected of smuggling migrants into the UK in vans or lorries.

They detained four men, two Albanian nationals and two Romanian nationals, near the A2 Cobham Services, Kent at around 8 this morning after witnessing what is believed to have been a handover of migrants from a lorry into two cars.

Four Albanian migrants were also detained and have now been handed to the immigration authorities.

All those arrested are now being questioned on suspicion of facilitating illegal immigration.

“The organised crime groups involved in people smuggling are cynical in their exploitation of migrants, and are happy to put them in incredibly dangerous and life-threatening situations, either in boats or in the back of lorries.

“We believe this activity today will significantly disrupt at least two such networks.

“Working with partners we are determined to do all we can to disrupt and dismantle the criminals behind these crossings, and our investigation into this particular criminal enterprise continues.”

Two Albanian brothers, Arben Cakici, 48, and Astrit Cakici, 37, from Barking and Newham, who were living illegally in the UK, have been charged with facilitating illegal entry into the UK and possessing a firearm. Arben also faces a charge for carrying a knife.

The NCA made a series of arrests on Friday [16 Oct] after witnessing what is believed to have been a handover of four migrants from a lorry into two cars, near a service station in Kent at around 8am.

Two Romanian lorry drivers arrested at the scene, Ionut Colibei, 34, and Valerica Prutearu, 41, are also charged with facilitating illegal entry into the UK. Colibei was also charged for being in possession of a knife.

The four men will appear at a virtual court today [19 October].

Searches in Newham on Friday also led to a further arrest of a 45-year old man from Albania, wanted for unrelated offences.

The four Albanian migrants [aged between 20 to 35] who were arrested on Friday are now being dealt with by Immigration Enforcement.

The 30-year-old male arrested in Hastings as part of a separate NCA operation, who is suspected of supplying small boats to aid people smugglers in France, has been released under investigation.