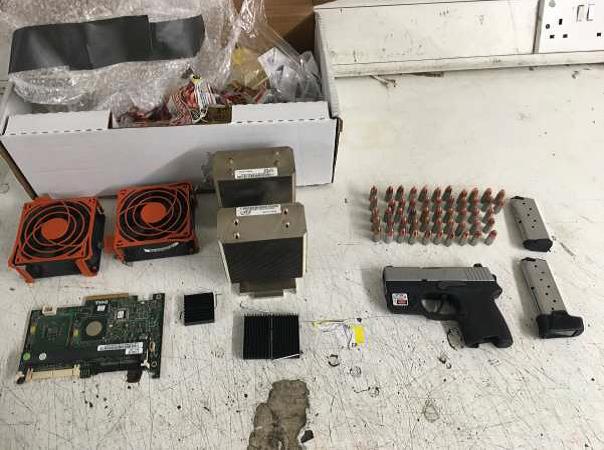 The pair, aged 38 and 29, were detained at an address in Ballymoney this morning (13 October) following a joint operation involving the Police Service of Northern Ireland and NCA officers.

They are now being questioned by NCA investigators, while searches at addresses in Ballymoney continue.

The arrests follow a Border Force seizure of a package containing a functioning handgun, two magazines and more than 50 rounds of ammunition at an international parcel hub in England.

“This is an excellent example of how the NCA, PSNI and Border Force are working together to prevent firearms making it on to our streets.

“Those wishing to bring firearms into our communities do so for one reason, to cause serious harm. Stopping the supply is a priority for us and we will do everything we can, with our partners, to bring those responsible to justice.”