Autonomous Warrior, the 2018 Army Warfighting Experiment, will push the boundaries of technology and military capability in the land environment.

And one of the key areas it is set to test is the autonomous last mile resupply. The ‘last mile’, which represents the extremely dangerous final approach to the combat zone, is crucial to ensuring soldiers have the food, fuel and ammunition to keep them alive.

Autonomous Warrior will test a range of prototype unmanned aerial and ground cargo vehicles which aim to reduce the danger to troops during combat.

The British Army is set to launch the four-week exercise on November 12, with a Battlegroup from 1 Armed Infantry brigade providing the exercising troops and taking responsibility of command and control.

British soldiers will test and evaluate the effectiveness of robotic and autonomous systems (RAS) on the battlefield.

These technological advances will play a key role in the Army’s Strike capability, ensuring our forces remain unmatched on the global stage.

Our Armed Forces continue to push the limits of innovative warfare to ensure that we stay ahead of any adversaries or threats faced on the battlefield.

Autonomous Warrior sets an ambitious vision for Army operations in the 21st Century as we integrate drones, unmanned vehicles and personnel into a world-class force for decades to come.

As well as demonstrating the vehicles during the last mile, Autonomous Warrior will also develop capabilities in surveillance which will greatly improve the effectiveness of long-range and precision targeting by service personnel.

The exercise is the result of a large collaboration between the British Army, Royal Navy, Royal Air Force, US Army, MOD, Dstl and around 50 industry participants.

The new Chief of the General Staff, Gen Mark Carleton-Smith, who will give his first address in his new role at the conference, setting out the backdrop of a “darkening geo-political picture” as he calls for British forces to be “combat ready today and prepared for tomorrow”.

Giving the closing address, Gen Carleton-Smith will stress the need for British forces to work with their allies not just in the battlefield, but also in the virtual world. He will warn that “we live in exceptionally unstable times and that the world has never been more unpredictable”.

As he describes how “the nature of warfare is broadening beyond the traditional physical domains” he will add that 21st Century battlefield requires non-traditional skills, beyond those normally associated with careers in Army, to ensure British forces remain world leaders. 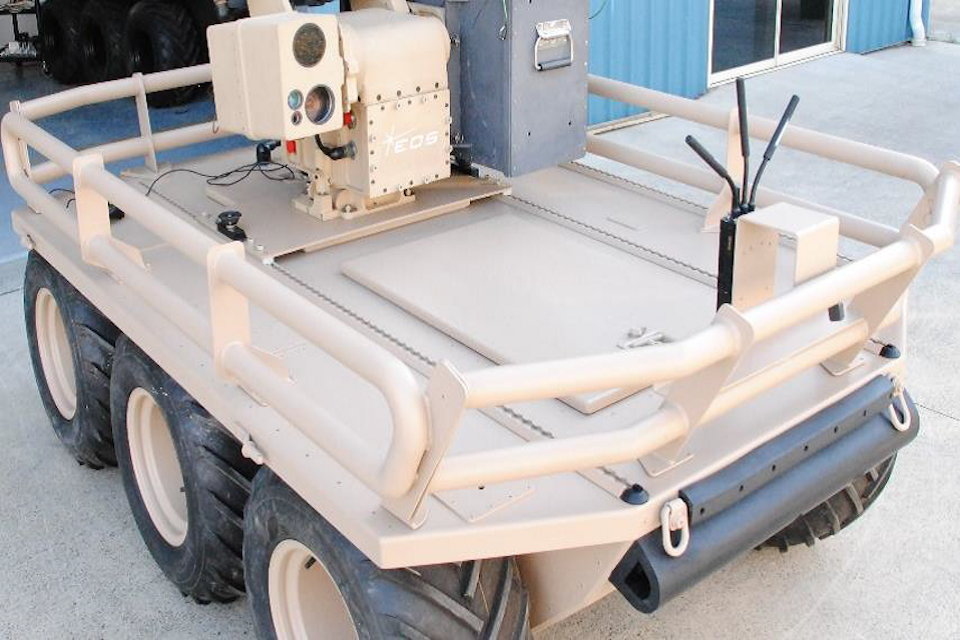 We need a more proactive, threat-based approach to our capability planning, including placing some big bets on those technologies that we judge may offer exponential advantage because given the pace of the race, to fall behind today is to cede an almost unquantifiable advantage from which it might be impossible to recover.

Autonomous Warrior will play an integral role within the £800 million Defence Innovation Fund which supports ground-breaking ideas aimed at transforming both defence and British industry.

The land-based exercise follows on from the hugely successful ‘Unmanned Warrior’ which the Royal Navy demonstrated autonomous systems diving, swimming and flying together to engage in surveillance, intelligence-gathering and mine countermeasures. 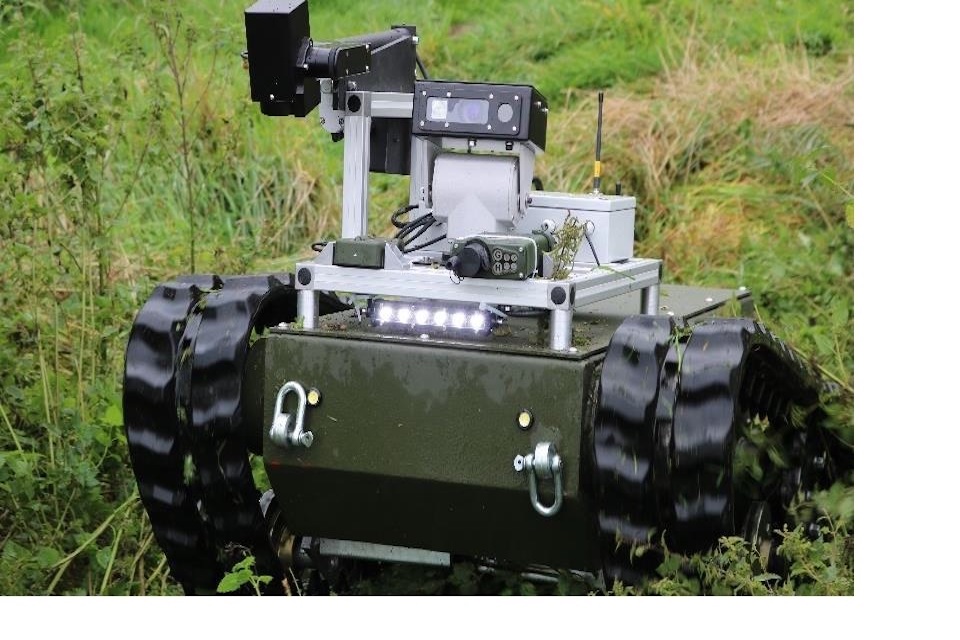