Thousands of vital phone boxes around the UK will be protected from closure, under Ofcom plans announced yesterday.

As part of the move to digital phone lines, which will require investment to upgrade phone boxes, BT is currently assessing which ones are no longer needed and can be decommissioned. But under the current process for removing payphones, some that are needed by local communities risk being withdrawn.

So Ofcom is proposing clearer, stronger rules to safeguard a phone box against removal, if any of four criteria applies:

We estimate that around 5,000 phone boxes around the UK would be protected from removal by the new rules. BT and KCOM can propose to remove phone boxes that do not fall within this strict criteria, but would need to formally consult with local communities before any action is taken.

Some of the call boxes we plan to protect are used to make relatively low numbers of calls. But if one of those calls is from a distressed child, an accident victim or someone contemplating suicide, that public phone line can be a lifeline at a time of great need.

We also want to make sure that people without mobile coverage, often in rural areas, can still make calls. At the same time, we’re planning to support the rollout of new phone boxes with free Wi-Fi and charging.

Under our plans, BT and KCOM – which operates Hull’s unique white phone boxes – must also install batteries in some payphones, so they can still be used during a power cut.

There are currently around 21,000 call boxes across the country. For people without a mobile, or for those in areas with poor mobile coverage, these can be a lifeline for making calls to friends and family, helpline services and accessing emergency services.

At the same time, the services people need from public call boxes are changing. Call volumes from payphones have fallen from around 800m minutes in 2002 to just 7m in 2020. A new generation of street hubs being rolled out by BT offer services such as free Wi-Fi and free charging.

So we are also proposing to allow BT and KCOM greater flexibility in the range of services they can provide in their phone boxes, to keep pace with people’s needs.[2]

Evolution of the public call box 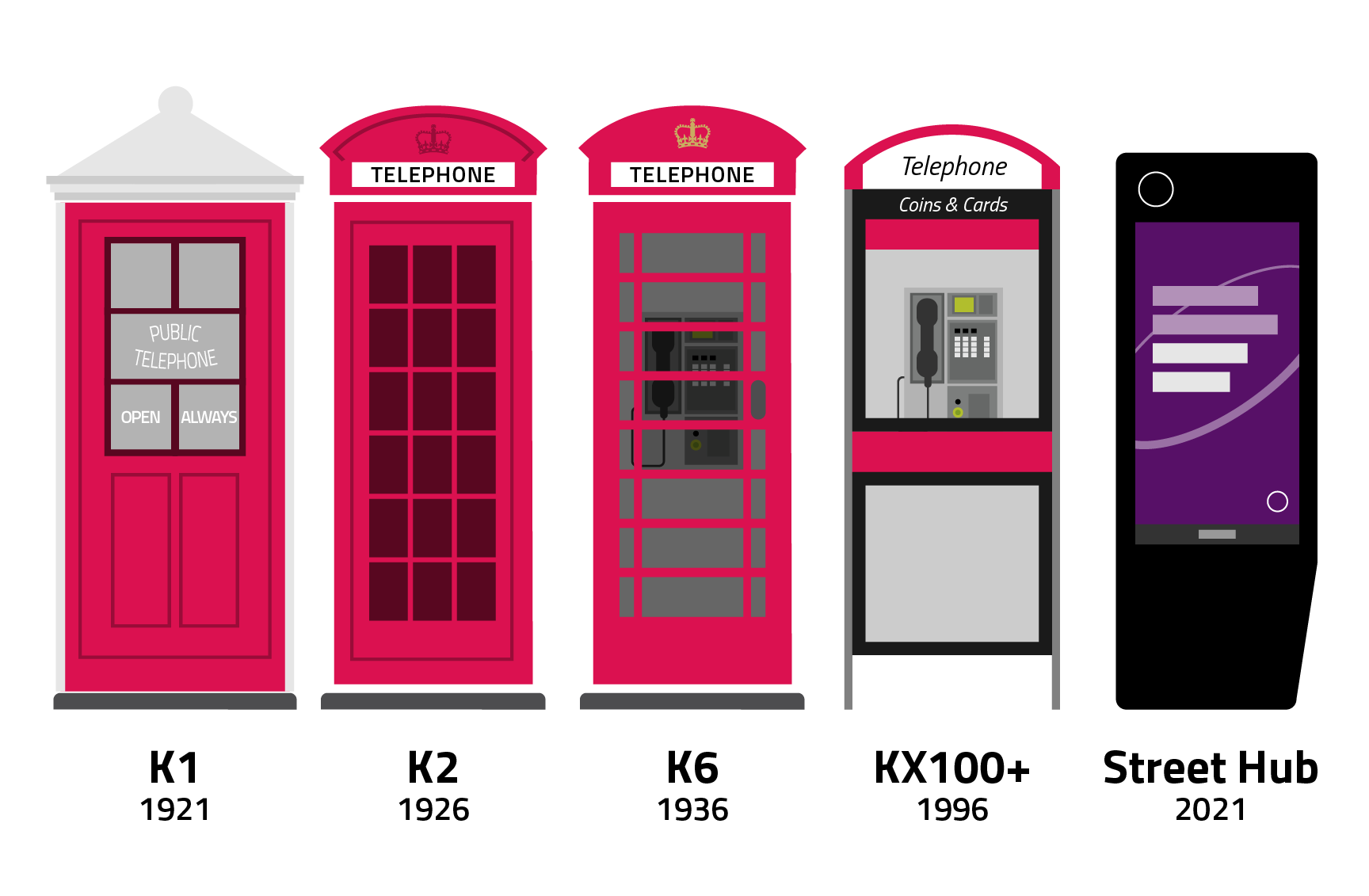 Our latest report on Openreach’s independence

Ofcom has today published its annual monitoring report on the progress towards delivering a more independent Openreach.

‘Getting off mute’ – Ofcom’s approach to online literacy

Yih-Choung Teh, Ofcom's Group Director for Strategy, introduces our new approach to promoting online media literacy in the UK.

Last week Ofcom improved our placing on the Social Mobility Index, which recognises employers that create opportunities for people from different social backgrounds.

Ofcom yesterday fined O2 £150,000 for failing to provide accurate and complete information to us when we were investigating whether it had overcharged its customers.

Ofcom’s Director of Telecoms Consumer Protection, Cristina Luna-Esteban, explains why making sure you’re on the best phone or broadband deal for you has perhaps never been more important – and how we’ve made it easier to do so.

More broadband and mobile customers are shopping around and signing up to better deals – and saving themselves millions of pounds – following Ofcom rule changes.

BBC Three is set to return to TV screens for the first time in six years, after Ofcom yesterday approved its relaunch as a broadcast television channel.

The time has come for strong, external oversight of social media companies

Our Chief Executive, Melanie Dawes, explains why we can’t rely on tech media companies responding to users’ outrage when serious harm takes place. Instead, we need a clear set of rules.

We’re looking forward to taking on greater responsibilities for helping people lead a safer life online, and are starting to prepare for taking on this new role and developing relationships with a new set of companies that we haven’t previously regulated.