Cambridge academic ordered to pay £1.3 million or face another 8.5 years in prison

A Cambridge academic who fraudulently claimed almost £2.8 million in government grants has been ordered to pay £1.3 million back from his crimes or face another eight-and-a-half years in prison. 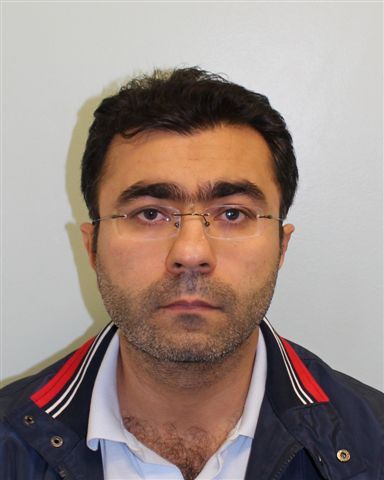 The National Crime Agency started an investigation into Abdi-Jalebi after he was stopped three times attempting to leave the country carrying a large amount of cash. In one case he tried to conceal the cash in a chocolate box to avoid detection.

NCA officers discovered Abdi-Jalebi’s companies had made a series of grant applications to fund research, but on a number of occasions Abdi-Jalebi had falsified documents, including invoices, accounts and bank statements, to show what was happening to the money.

He sent his accountants forged invoices to show payments which were actually non-existent or where the amount had been altered.

Abdi-Jalebi had fraudulently claimed £2.8m in grants and had withdrawn more than £820,000 in cash over a period of just under four years. He was jailed in December 2018 for four years after he admitted 13 counts of forgery.

NCA investigators then began an investigation into Abdi-Jalebi’s accounts and showed more than £1.5m of the funds had been transferred to Dubai for his personal use or removed to Iran in cash.

Abdi-Jalebi appeared at a confiscation hearing on 19 August where it was determined the benefit from his crimes was £2.1 million.

He claimed the money had been used to conduct research and development work, but this was rejected by the judge, who agreed with NCA investigators much of the funds spent on Abdi-Jalebi’s lifestyle. This included payments towards the purchase of a property near Cambridge and the lease of a Maserati sports car.

Abdi-Jalebi was ordered to pay £1.3 million, the amount the judge found was still available from his crimes . He will face a further eight-and-a-half years in prison if the funds are not paid within three months, and will still owe the money.

“Ehsan Abdi-Jalebi fraudulently claimed these grants and took millions from the taxpayer, immediately removing the money to Dubai and Iran and lived a lavish lifestyle.

“NCA investigators worked hard to establish where the money had been sent so that as much of these taxpayer funds could be recovered as possible.

“This result shows that a prison sentence is not the only consequence for fraud and the NCA will work to deny you from the proceeds of your crimes."