On Tuesday 6 October, the TUC received a letter from the Department for Education saying that ministers have decided to end the Union Learning Fund from March 2021. 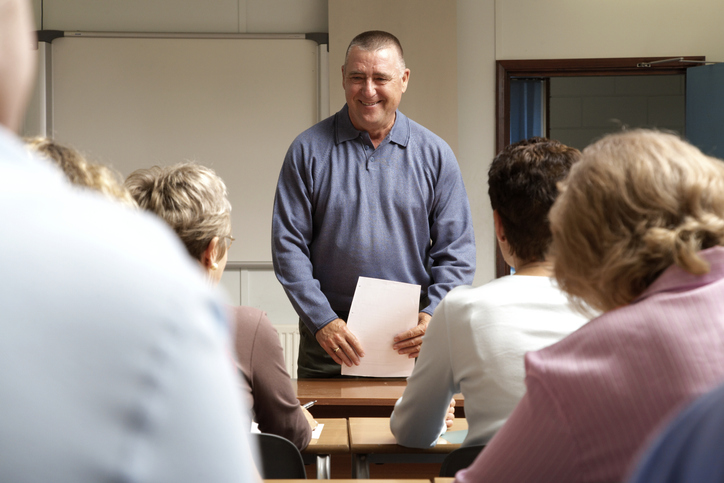 In 2019–20, the ULF was worth £12m. It supported more than 200,000 learners in workplaces across England – both union members and non-members. This decision will effectively end union-brokered skills training, and will undermine key government skills and retraining priorities at a crucial moment for our economy. The TUC and unions believe this decision is counterproductive and must be reversed.

What is union learning?

The Union Learning Fund (ULF) was set up in 1998 to support trade unions to widen access to learning and training in workplaces. The fund supports workplace projects across England, and is coordinated by the TUC.

Each year around 200,000 workers are supported into learning or training with union support through the ULF and the TUC. These learners undertake all sorts of job-relevant learning and training, including basic literacy and numeracy, ICT skills, apprenticeships and traineeships, vocational training, continuing professional development and many other informal and formal courses.

And the model works: 37 per cent of union members regularly access workplace training compared to 22 per cent of non-members. Total training volumes are on average 19 per cent higher in unionised workplaces.

The impact of union learning

Union learning gets working people into skills training they would not otherwise have access to. That’s because union learning reps are trusted by their peers and by employers, and both employers and workers can see the benefits. And it is because all union learning is directly relevant to the workplace, tailored to the group of workers and supported by government funding.

Union learning reaches people that other DfE programmes do not reach. For example, take-up of English and maths qualifications (up to level 2) by adults declined by around 30 per cent from 2010–11 to 2017–18 despite a fully funded government entitlement. In contrast, ULF-supported projects continually exceed their annual targets for these learners.

There is an independent evaluation of the Union Learning Fund every two years. It was most recently evaluated by the University of Exeter in 2018. They spoke to 2,459 learners, and found:

Another independent evaluation by the University of Leeds in 2016 found positive outcomes for employers:

This government has put reskilling workers at the heart of its economic recovery plans after the pandemic. In September 2020, the government announced a new fully funded entitlement to achieve a first level 3 qualification, delivered through the National Skills Fund.

Union learning is ideally placed to support this aspiration, in three ways:

There are hundreds of examples of how the unique approach of union learning benefits workers, employers and local communities across England. Here are a few: Sue Mann, a bus driver at Blackpool Transport, left school with no qualifications. Having completed courses in English and maths and first aid, she is now working towards her level 3 award. And as a Unite union learning rep she encourages other workers to get into training – with many taking up learning for the first time in years.

Union learning plays a key role in getting learners who might not otherwise have considered skills development into learning – such as at Bright Blue Foods Ltd. Previous attempts to kickstart training had failed but union learning approaches saw ten per cent of the workforce commence English and maths courses, supported by food workers’ union BFAWU. Many older workers find it particularly daunting to re-enter the world of learning and skills – this project from Unite and Kirklees Council helped older learners get their GCSEs in English and maths. Union learning helps deliver on business priorities too – as in this example where the GMB and Portals Paper Mill have an agreement to deliver training in support of the company’s operations, as well as expanded a range of learning in other areas. Similarly, XPO Logistics and Community union’s project supporting ESOL learning for warehouse workers delivered business benefits for the company and helped workers get new skills and confidence. The Racing Centre learning centre in Newmarket, opened by Secretary of State for Health and Social Care, Matt Hancock MP, shows how ULF funded projects can support a wide range of learners and also act as a hub for the local community.

More about the Union Learning Fund

Getting union members new skills has always been at the heart of trade unionism. Every year, unions fund training for 120,000 workplace and health and safety reps, who negotiate on pay, terms and conditions, make workplaces safe and represent individual members.

The Union Learning Fund goes beyond union core services. It allows unions to get both members and non-members into workplace training and skills opportunities. The trust working people have in their unions means that unions can reach workers who would otherwise not get a second chance at learning. The relationships unions have with employers allows us to negotiate employer support and time off to train. The funding enables learners to access support through their workplaces, relevant to their work, and at a time and place convenient to them. And it enables unions and employers to lever in additional investment in skills.

Successive governments of all parties have valued this role – and have supported the Union Learning Fund. As government funding, it is paid as a contract and is subject to stringent monitoring requirements. Union Learning Fund money can only be spent on the direct costs of getting working people into learning and skills training, and the associated costs of delivering this programme.

Union Learning Fund money does not fund union reps’ training nor any of the other activities of trade unions, including unions’ political funds, which are legally separate to all other union income and expenditure.

In 2019–20, the most recent full year of ULF funding, the programme exceeded its targets for priority learners (those at basic skills, levels 1 and 2, ESOL, apprenticeships and traineeships), reaching 98,127 learners. This represents 114 per cent of the target for the year, and includes 20,964 English learners (151 per cent of target), 16,772 maths learners (141 per cent of target) and 24,992 ICT learners (110 per cent of target). In addition, a further 108,526 learners participated in skills assessments, continuing professional development and further and higher education courses.

In 2020-21, the TUC and unions responded rapidly to the pandemic. The new Learning@Home campaign promoted a range of online learning and training opportunities for furloughed workers, those needing to work from home and those made redundant. The campaign has had over 10,000 hits between April and September. As part of the campaign, unionlearn have also run a number of webinars across a wide range of topics such as tackling isolation, study skills and demystifying online learning. ULF projects adapted quickly to delivering online learning and training for workers during the pandemic and have actually surpassed the number of outcomes expected by government since the beginning of April.

In recent years, no concerns have been raised with the TUC about the delivery of the Union Learning Fund or performance against its objectives. Indeed, the TUC (on behalf of the union movement) was asked to be a key partner in the delivery of the National Retraining Scheme in 2018.

NHS Confederation - Continue to be cautious to keep progress going

Dr Layla McCay, director of policy at the NHS Confederation, yesterday commented on the latest test and trace figures for England.

SME manufacturing output held flat in the three months to April but is expected to improve markedly in the coming quarter, according to the CBI’s quarterly SME Trends Survey.

Wales TUC: Workers want a government that will fight for fairness

The Wales TUC is calling for voters to elect a new Welsh Government that will prioritise greater workplace equality and fight to make Wales a Fair Work nation.

Unions representing musicians, theatre workers and actors, in Birmingham have, in an open letter to Ian Ward, leader of Birmingham City Council, pressed for a one year delay in the introduction of Birmingham’s Clean Air Zone and for a support scheme for the cultural sector.

The physical and mental wellbeing of female health and care staff in England significantly worsened as a result of working through the COVID-19 pandemic with a marked deterioration since last summer, the results of a new survey show.

Use of flexible hours at work has dropped during the pandemic while homeworking has soared, CIPD analysis finds

As part of the UK’s 2021 G7 Presidency, the CBI is – from 10-12 May – chairing the B7 group of leading business associations, in partnership with Deloitte.