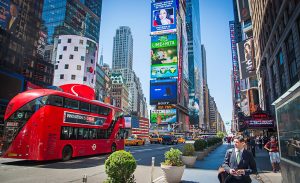 From its origins in 2011 to the present day, the GREAT Britain campaign team looks back at what the campaign has achieved over the past nine years and its plans for selling the UK to the world in the years to come.

The year is 2011, and the eyes of the world are trained on the UK. The country is just a year away from hosting the world’s largest sporting event in the form of the Olympic and Paralympic Games, and preparations are also underway to celebrate the Queen’s Diamond Jubilee. 2012 is set to be a year like no other, presenting an unparalleled opportunity for Britain to showcase the very best of what it has to offer to up to four billion people around the globe. The question, though, is how?

Enter the UK government’s GREAT Britain campaign. Announced in late 2011 and debuting in 2012, this was to be the government’s most ambitious international marketing campaign ever, and was unique in its goal to unite the fundamental strands of tourism, trade, investment and education. The campaign was to be brave, bold, and, at its heart, fundamentally British. 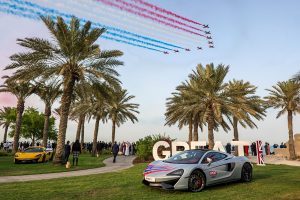 It would demonstrate everything that was exciting about the UK, combining tradition and heritage with innovation and creativity. It would entice broad audiences, ranging from high net-worth individuals looking to the UK for their next investment opportunity, to the brightest minds around the globe wishing to study at the country’s world-leading educational establishments. It would catch eyes and capture imaginations, spark ideas and foster international collaboration, establish connections that would span generations, and cement the UK’s place as a world leader, a generous host, and a reliable partner.

The campaign was initially rolled out in 14 cities across 9 countries, and brought together the UK government’s previously disparate international presence under a single, solid and consistent brand umbrella. New York subway trains would be wrapped in GREAT branded imagery, and posters would be seen in Grand Central Station. GREAT ads would take over the Paris Metro, and the cinema-goers of Mumbai and Delhi would be treated to a taste of what Britain had to offer in the pre-show adverts. At the time, no-one could predict the level of impact that GREAT would attain. Safe to say that expectations, not to mention excitement, were running high. 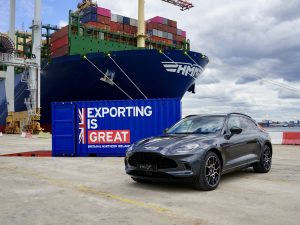 Fast forward nine years to September 2020. Since its inception, GREAT has delivered billions of pounds of economic return for the UK. The campaign operates at a pan-government level, promoting trade and investment with the Department for International Trade, and supporting jobs across the tourism industry in partnership with Visit Britain. It attracts the brightest and best minds to study in the UK alongside the British Council, and partners with the Department for Food and Rural Affairs to promote the best of British produce around the world, from Scotch whisky and Welsh lamb to Northern Irish gin and Scottish salmon. The campaign’s all-encompassing remit covers every aspect of what makes the UK the perfect partner on the international playing field across all sectors.

The campaign’s reach has also far exceeded its original intended scope. Active in 145 countries and nearly 300 cities, from Shanghai to San Francisco and Copenhagen to Cape Town, the brand has firmly established itself as the UK’s single consistent international presence. GREAT has toured the Red Arrows around Asia, the Middle East and North America, partnered with the makers of James Bond and Paddington Bear to showcase the crème de la crème of British film in locations as far-flung as Kuala Lumpur and Peru, and used the iconic backdrops of the Eiffel Tower and the Sydney Opera House to present the very best of the British automotive industry.

And the big names don’t stop there. Global icons such as McLaren, Premier League, the British Fashion Council, BBC and BAFTA are among the 750 non-government partners and organisations supporting the campaign. A dedicated pool of GREAT Ambassadors including Katherine Jenkins, Ken Hom and Tim Peake also proudly supports events and activations around the world. It’s little surprise given the campaign’s remarkable success that it has received 68 international accolades and commendations to date. Investors, students and tourists alike recognise GREAT’s value not just through the campaign’s striking visuals and high-profile activities, but through the unfaltering promise of trust, economic return, and mutual cooperation upon which it delivers time and time again.

Much as it did back in 2011, the UK of 2020 finds itself on the precipice of a defining moment in the country’s history – a point where it is carving out its role as a newly independent nation on the world stage. “Now more than ever, it is vital for the UK to show to the world that it is a global, diverse, and outward-looking country that is open for business, for tourism and for international collaboration,” says GREAT Director Dan Ramsay.

“The GREAT campaign will continue to promote the UK’s unrivalled cultural heritage, phenomenal investment and exporting opportunities, and world-class higher education institutes, while driving the UK’s image as a global leader that is confidently steering the world into the future.”

For more information about the GREAT Britain campaign, please contact Hollie Marshall in the GREAT HQ team at  GREAT@trade.gov.uk

Making Occupational Health Work For You

The prisons that transform offenders’ lives and job prospects

Smarter Working in the Age of COVID-19

The Civil Service Environment Network: why and how to develop your environmental policy capability?

Civil Service Year of Inclusion: what inclusion means to me... Cheryl Avery