Climate change continues to be evident across UK

The UK’s climate has continued to warm, with 2020 the first year to have temperature, rain and sunshine rankings all in the top 10.

The latest analysis of the UK climate, State of the UK Climate 2020 published in The Royal Meteorological Society’s ‘International Journal of Climatology’, has shown that climate change is already being felt across the UK. All of the top-ten warmest years for the UK in records back to 1884 have occurred since 2002, and, for central England, the 21st century so far has been warmer than the previous three centuries.

The greatest warming compared to 1961-1990 has been across the east Midlands and East Anglia where average annual temperatures have increased by more than 1°C, with the least warming around western coastal fringes and parts of Northern Ireland and Scotland. 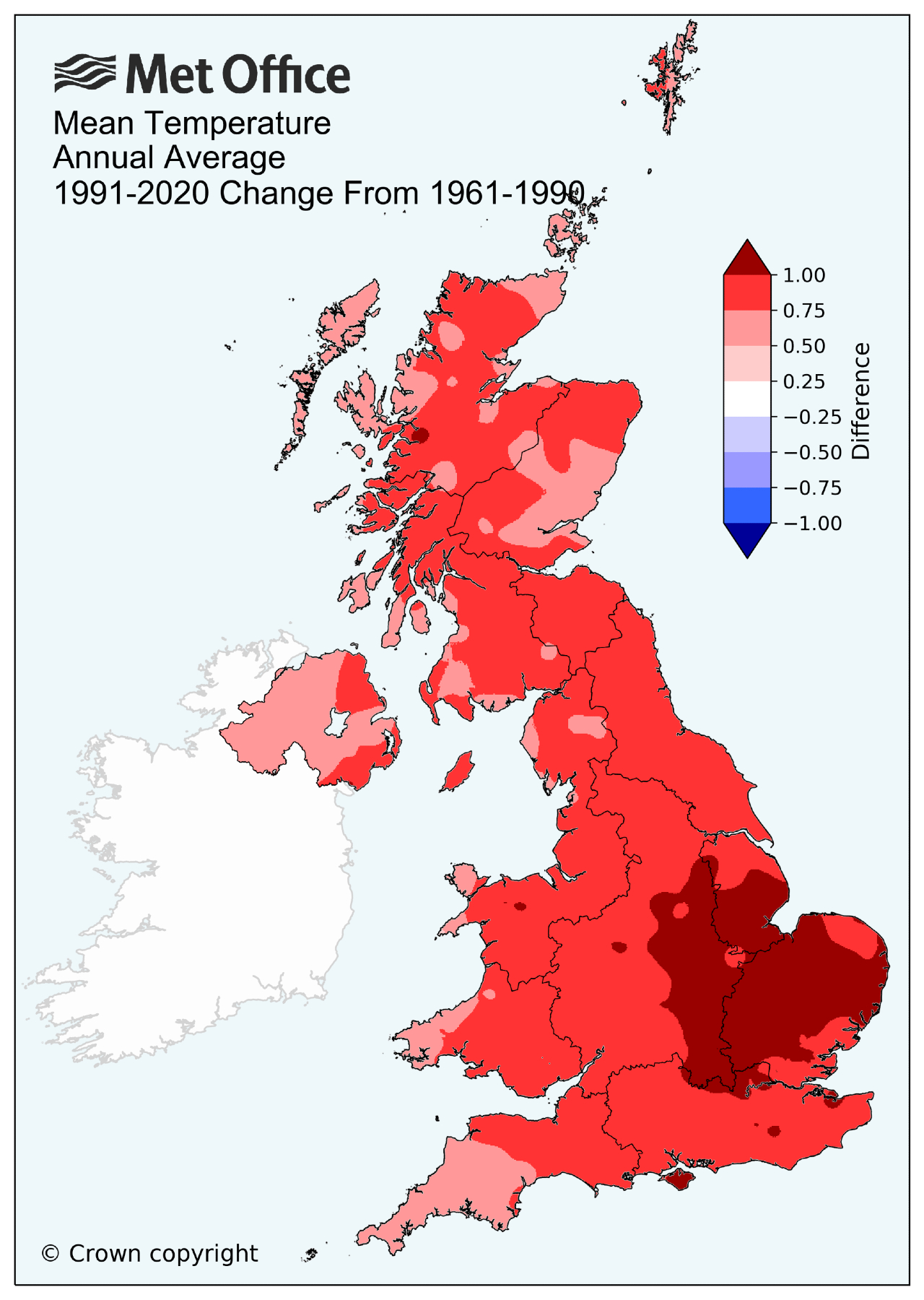 2020 was the first year that the annual values for rainfall, temperature and sunshine were all in the top ten in the same year. 2020 was third warmest, fifth wettest and eighth sunniest on record for the UK. 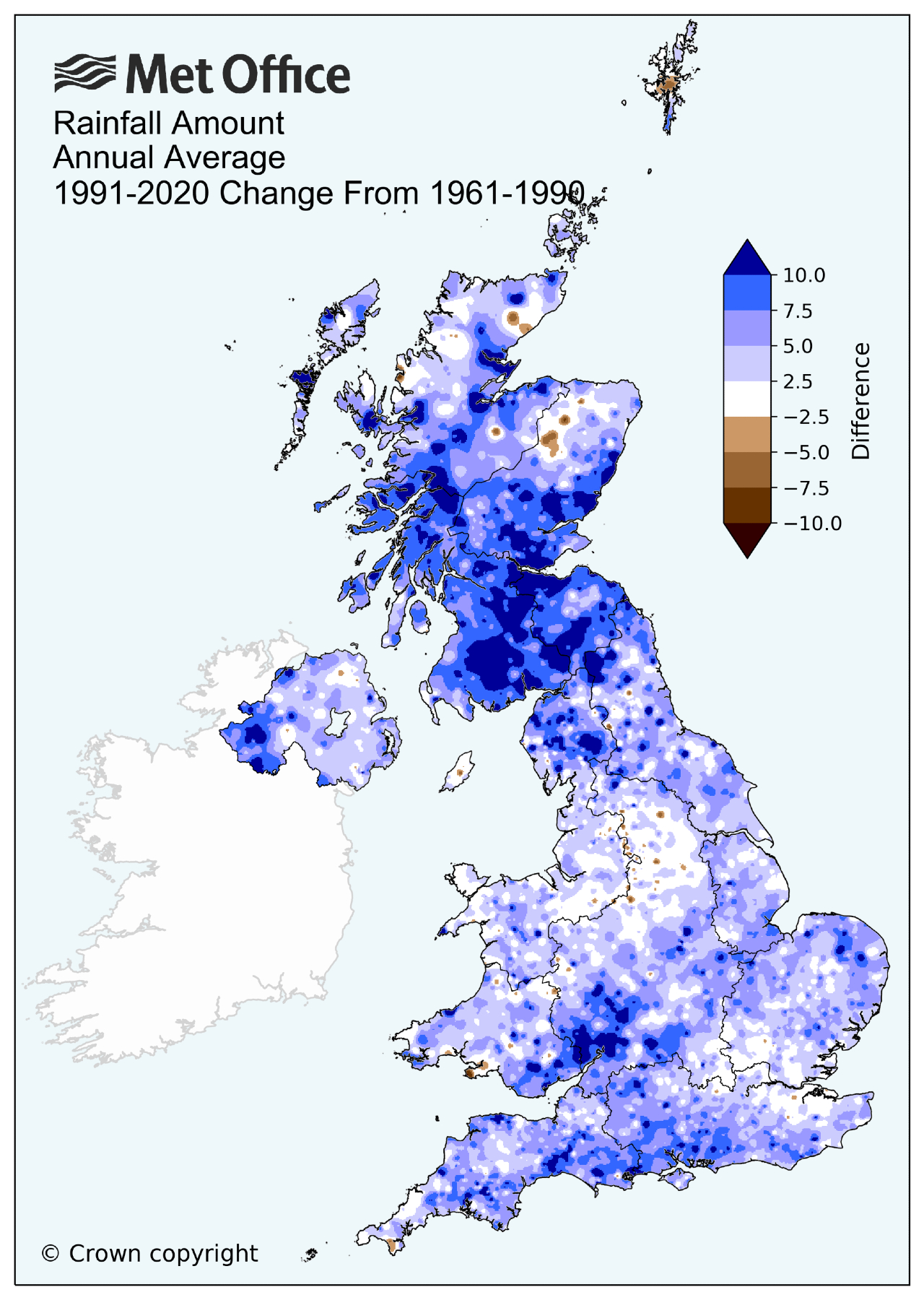 Cold week with some snow expected

An arctic maritime airmass will push across the UK from the north this week bringing us some cold days, overnight frosts and a risk of wintry showers and snow.