Convicted human trafficker to be removed from UK for third time

A convicted human trafficker will be removed from the UK for a third time after a National Crime Agency investigation to trace him. 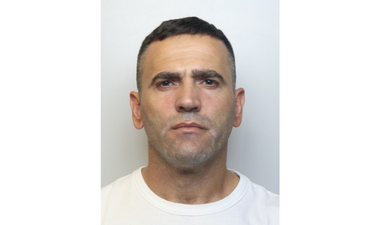 He was arrested, taken into custody and handed over to colleagues from Immigration Compliance and Enforcement for deportation. The date has not yet been set.

In April 2016 he was convicted in the UK of drunk driving, driving without insurance and possession and control of false ID documents – the offences were committed a few months earlier in February.

He was disqualified from driving for 15 months and jailed for six months.

He was arrested again in the UK on 4 September 2019 for organised immigration crime offences which had been committed in Belgium later in 2016. He was convicted in his absence in February 2018.

His extradition was ordered, he was arrested again and was returned to Belgium at the start of 2020 where he was sentenced for human trafficking and participating in a criminal organisation.

Despite being given a five-year sentence it was suspended and he was released after a few months. He was also ordered to pay a fine of 102,000 Euros but 51,000 was suspended.

Lala quickly returned to the UK and was arrested again under the Immigration Act 1971 on 20 February for overstaying.

But Lala slipped back into the country yet again.

NCA officers have been hunting Lala since July this year and arrested him on Friday night.

“Hazir Lala is a convicted human trafficker and has no place in the UK, his presence here presented an unacceptable risk to the public.

“Tackling organised immigration crime and human trafficking is a priority for the Agency.

“We saw with last week’s tragedy in the Channel, the horrendous dangers of organised immigration crime which the Agency and its partners are doing everything possible to combat.”