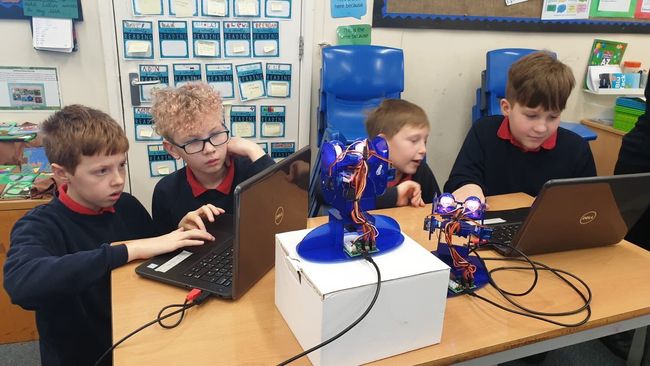 Innovative schools and colleges across parts of the country now have the chance as of yesterday (Tuesday) to join an elite group in the UK that have secured gold status for their cyber security teaching.

Secondary schools and further education colleges in Northern Ireland and the North East of England will be able to apply for CyberFirst Schools status for the first time in a new initiative from the National Cyber Security Centre (NCSC) – a part of GCHQ.

The programme recognises excellence in cyber security education and now offers schools and colleges in Northern Ireland as well as those in Northumberland, County Durham, and Tyne and Wear the chance to receive gold, silver or bronze status.

It follows an initial roll-out in Gloucestershire and Wales where the first 13 successful CyberFirst Schools were announced last week – with five of them securing gold.

Examples of the projects in these schools which impressed the judges were a competition where girls were asked to develop a gaming computer and a school club where a ‘Mars rover’ was built and sent into near space. Schools in these areas can also apply in this new phase of applications.

“We’re excited to open up the CyberFirst Schools initiative to more schools across the UK and look forward to shining a spotlight on the excellent teaching and opportunities being offered in Northern Ireland and the North East of England.

“It’s vital that the next generation of cyber experts is diverse and talented, and CyberFirst Schools demonstrates our commitment to developing young people’s cyber skills.”

“I am pleased schools in the North East of England and Northern Ireland now have the chance to showcase their first-rate cyber security teaching and gain NCSC certification.

“Educators can play a vital role in inspiring the next generation to consider a career in cyber security and through CyberFirst we're continuing to build a strong pipeline of diverse talent to protect people and businesses in the years to come.”

The CyberFirst Schools programme certifies and promotes schools and colleges that share the NCSC’s commitment to addressing the cyber skills gap and inspiring young people from all backgrounds to pursue a career in the field.

Schools that meet all the judging criteria are awarded Gold status – for delivering excellence in cyber security education, Silver schools are certified for offering good standards and meeting most of the criteria and Bronze for schools aiming towards high standards.

Successful schools receive a range of benefits, including official recognition from the NCSC and opportunities to collaborate on cyber related activities with more than 130 CyberFirst partner organisations from industries as varied as banking, telecoms and transport.

On the positive impact the CyberFirst Schools initiative has had on local communities so far, Richard Brand, headteacher of the Dean Academy in Gloucestershire (recipient of CyberFirst Silver School status), yesterday said:

“The programme has helped us raise awareness of how important the cyber/ computing sector has now become in our local area, and allowed us to make our young people aware of the full range of opportunities that are available in this sector…”

Applications are open from now until Friday 11th December 2020.