Decision automation is an inflection point for intelligent automation. Here’s why

techUK member Rainbird argues a new breed of intelligent automation technology that can reason in highly complex scenarios and automate decisions at rates that are 100 times faster and 25 per cent more accurate than humans is now possible, if you get deployment right. Part of techUK's Intelligent Automation Week. #AutomationUK 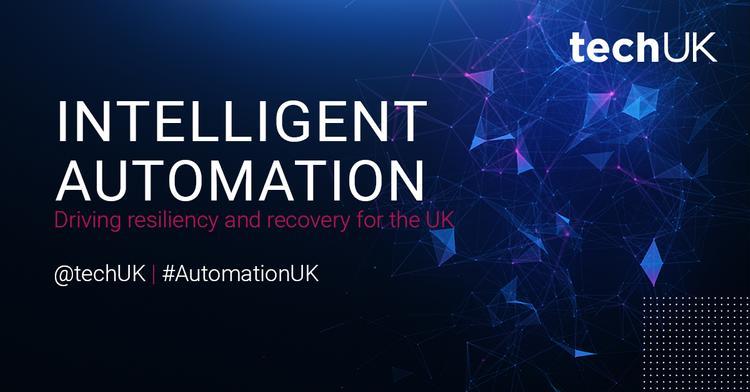 Gartner predicts that, by 2022, 90 per cent of organisations will be using robotic process automation (RPA). Of those that do, most will be doing so in the name of operational efficiency.

But, unrecognised by some, the growth curve of enterprise automation has hit an inflection point. The cause is a new breed of intelligent automation technology that can reason in highly complex scenarios and automate decisions at rates that are 100 times faster and 25 per cent more accurate than humans.

This new category of truly intelligent decision automation means it is now possible for organisations to not just drive efficiency but also create significantly better decisions and outcomes for clients. It is also engendering a new generation of digital robo-advisory tools and services that are auditable and therefore much more trustworthy.

The adoption of decision-automation technology in organisations typically stems from three key realisations.

Firstly, there is a tremendous cost to inconsistent human decision-making. Humans don’t just struggle with bias (of which there are over 180 types), but, as Daniel Kahneman’s work on human judgement shows, they also struggle with quality inconsistency (Kahneman terms this ‘noise’). Even decades of experience performing the same complex tasks (insurance underwriting, fraud analysis, medicine) does not insulate intelligent decision makers from common errors in their reasoning. To err is human, and in part that is because we cannot ‘propagate’ uncertainty and probabilities well when trying to reason an optimal answer.

Intelligent automation technology now exists so organisations of any kind can augment huge swathes of company decision making that is traditionally assigned to employees. Powerful inference engines ensure that staff can make higher quality decisions consistently and quickly, enabling them to focus on the things technology is poor at, such as being creative, building rapport with and listening to customers.

Secondly, RPA and decision trees can’t handle the complexity required to reason when making the types of decisions that most organisations need to automate. We are addicted to the simplicity of ‘if-this-then-that’ logic, but it only gets so far and quickly becomes completely unwieldy. The answer is not to create numerous decision trees that can cater for every outcome. Better to create holistic, reusable models of knowledge that do not place an upper limit on the level of complexity that can be handled. This multi-dimensional approach to knowledge modelling and decision automation is vastly more capable than the task-oriented automation of RPA alone.

However, truly intelligent automation technology can enable humans to retain ultimate control over how judgement is modelled and applied to data, rather than allow black box patterns derived from data to be imposed on humans.

The NHS is using truly intelligent automation to automate COVID risk assessments for thousands of employees, using a model of occupational health expertise that took just six hours to build.

These examples are proof that the unstoppable trajectory of ‘intelligent automation’ has reached a new inflection point. Those who can join the journey will be able to harness the benefits of this new category, which is not only delivering efficiency but empowering human workers to deliver demonstrably better outcomes for the clients, and organisations an opportunity to create a new generation of digital products and services.

You can read all insights from techUK's Intelligent Automation Week here

Voting is now open for the techUK Digital Twin Steering Group Chair and Vice Chair positions. The elections will be open until 14 February 2022.

A UK Plan for Chips

Fraud is now the most commonly experienced crime in the UK, costing over a hundred billion pounds every year, with online fraud making up an increasing proportion of incidents.

Celebrating UK business success around the world, The Department for International Trade’s Made in the UK, Sold to the World Awards are launching in January 2023

This week, techUK is showcasing pioneering work across the technology sector which has the power to contribute to and transform UK national security and techUK’s members thought leadership on this.

The Government Office for Science has published its Wireless 2030 report, examining four possible scenarios for the future of wireless connectivity in the UK.

WEF Global Risk Report 2023: What does it mean for Tech?