Armed Forces Minister Mark Lancaster has visited Ghana, The Gambia and Senegal to highlight the importance of West Africa to the UK and strengthen defence ties

During the visit the Minister announced that the UK has extended its English language training for members of the Senegalese Armed Forces (SAF). The programme will continue to ‘train the trainer’, with further groups of Senegalese troops upskilled so they can lead language courses for other SAF personnel.

Over the last three years, the UK has so far trained 680 Senegalese personnel, readying them for deployment to international peacekeeping operations.

The UK has always been a key partner in West Africa and we have maintained strong, generational relationships across the area. It is beneficial for all our friends and partners in the region that we continue to support peace, development, and prosperity.

Senegal plays a vital role in peacekeeping missions across Africa and soon our troops will work side by side with them as part of the UN mission in Mali. By extending this training, we’re supporting our Senegalese partners to fulfil their important international commitments. 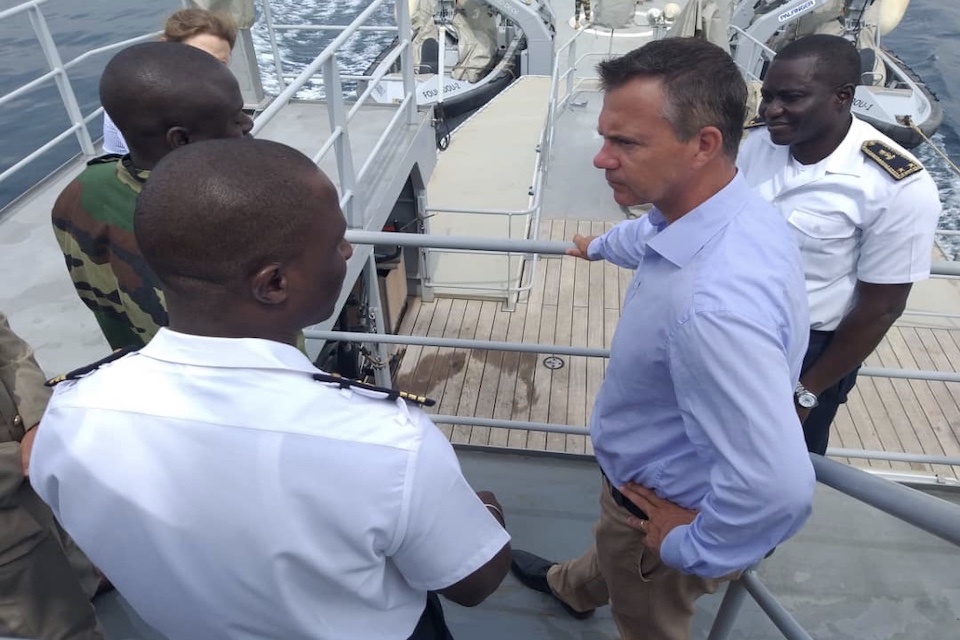 Starting his six-day trip in the Ghanaian capital Accra, Mr Lancaster met the Vice President of Ghana Dr. Mahamudu Bawumia, Minister for National Security, Albert Kan-Dapaah, and Deputy Minister of Defence, Derrick Oduro. He highlighted the long tradition of partnership between the UK and Ghana, and reaffirmed the UK commitment to countering terrorism in West Africa and strengthening the Ghanaian Armed Forces.

Whilst in country, the Minister also had lunch with a number of Ghanaian veterans, re-stating the enormous gratitude of the British Government and people for the contribution of the Ghanaian soldiers who served the British Army during the Second World War.

Mr Lancaster then travelled to Senegal for a meeting with his Senegalese counterpart, Mr Sidiki Kaba. He welcomed the growing UK and Senegal defence relationship, demonstrated by the Royal Marines providing important training to the Senegalese Navy’s Marine Special Forces.

The Minister also commended the vital role that Senegal plays in the UN Mission in Mali, supporting some of world’s most vulnerable people. The UK has recently announced that it will be committing an additional 250 troops to the operation. The British troops will work alongside the 1,200 Senegalese troops and over 300 police officers currently deployed.

Finishing the West Africa visit in The Gambia where the Minister met President Adama Barrow and other members of his Government and the country’s Armed Forces. He then visited the Gambian Armed Forces Training School. The UK is committed to building its defence relationship with The Gambia and, for the first time in over a decade, both nations undertook a three week joint exercise in June 2019 focussing on infantry skills.