The UK will invest up to £265m to boost the defence of military cyber systems, the Defence Secretary has announced.

Speaking at the second International Cyber Symposium Mr Fallon said it will also help the MOD ensure that resilience to cyber-attack is built-in when buying equipment in future.

Cyber-attack is one of the greatest challenges to our security. It’s crucial we use our increasing defence budget to stay ahead and investing in this programme will help us protect against these threats.

The programme will complement the work of the Cyber Security Operations Centre (CSOC), the £40 million facility announced in April to use state-of-the-art cyber capabilities to protect the MOD’s cyberspace from malicious actors.

The programme has also benefited from detailed analysis across the full range of potential cyber-attacks, meaning it is dynamic and can be applied to all aspects of MOD digital systems. 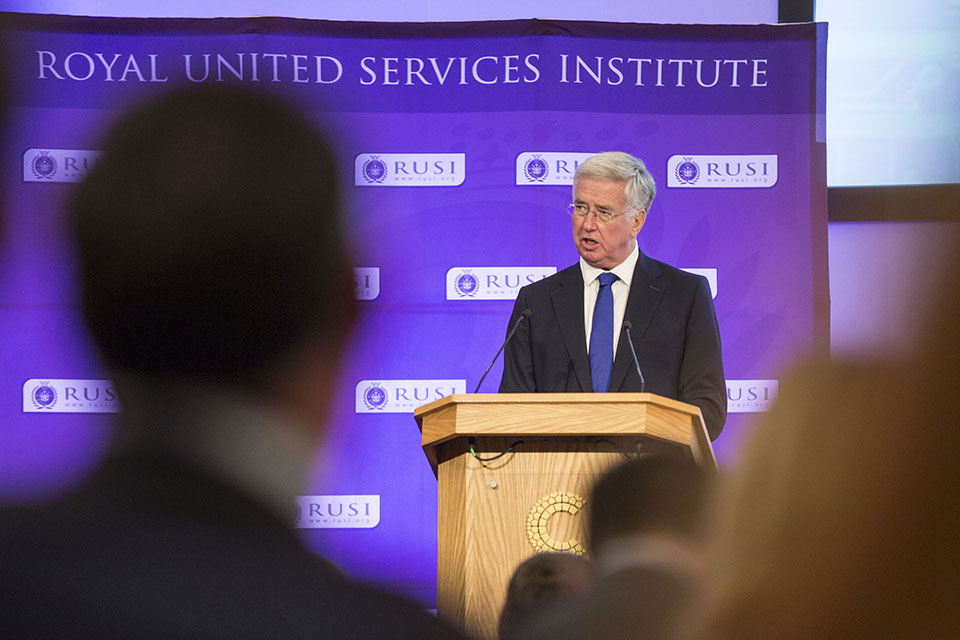 The funding follows the UK and US signing a Memorandum Of Understanding to work more closely together to overcome the growing cyber risk.

Separately the UK and France confirmed greater co-operation to defeat this threat under the Lancaster House Agreement.

Yesterday’s announcement comes on the same day that Minister for Defence Procurement Harriett Baldwin launched the next phase of a €150 million joint Maritime Mine Counter Measures (MMCM) programme alongside her French counterpart, Laurent Collet-Billon.

Working with French allies, the programme will develop cutting edge maritime mine warfare capability to keep the UK and France at the forefront of autonomous systems technology. The development and deployment of unmanned mine clearance drones will help keep our personnel safe in challenging maritime environments.

As part of our £178 billion equipment plan, the programme will be supported by a defence budget that will rise every year until the end of the decade, meeting the NATO commitment to spend two per cent of GDP on defence.

Rare images of mountain lions, jaguars and ocelots have been captured by a British Army wildlife monitoring programme in the heart of the Belize jungle.

In a virtual session of NATO Defence Ministers, Defence Secretary Ben Wallace held discussions on a number of issues impacting the alliance.

Sailors and Royal Marines from HMS Montrose intercepted over 450 kilograms of methamphetamine, with a wholesale value of £18 million, during a counter-narcotics operation in the Arabian Sea.

A joint restoration project between the Ministry of Defence (MOD), Wiltshire Wildlife Trust (WWT) and Services Dry Fly Fishing Association (SDFFA) will improve habitats for riverine species on the banks of the River Avon.

More Afghan interpreters to move to the UK as scheme extends

Many more Afghan interpreters who served bravely alongside British Armed Forces in Afghanistan can relocate to the UK thanks to new legislation announced today.

Australia and the UK have further strengthened their enduring defence relationship by signing a Memorandum of Understanding (MoU) to cooperate on building and delivering the next generation of cutting-edge frigates.

The MOD Science and Technology Strategy 2020 sets out how MOD will secure and maintain scientific and technological advantage for the future.

Ground-breaking innovation will be at the heart of defence activity for generations, thanks to a bold new Science and Technology Strategy unveiled yesterday by Defence Secretary Ben Wallace.

Ben Wallace has written an open letter to troops encouraging them to support The Royal British Legion's annual Remembrance appeal.