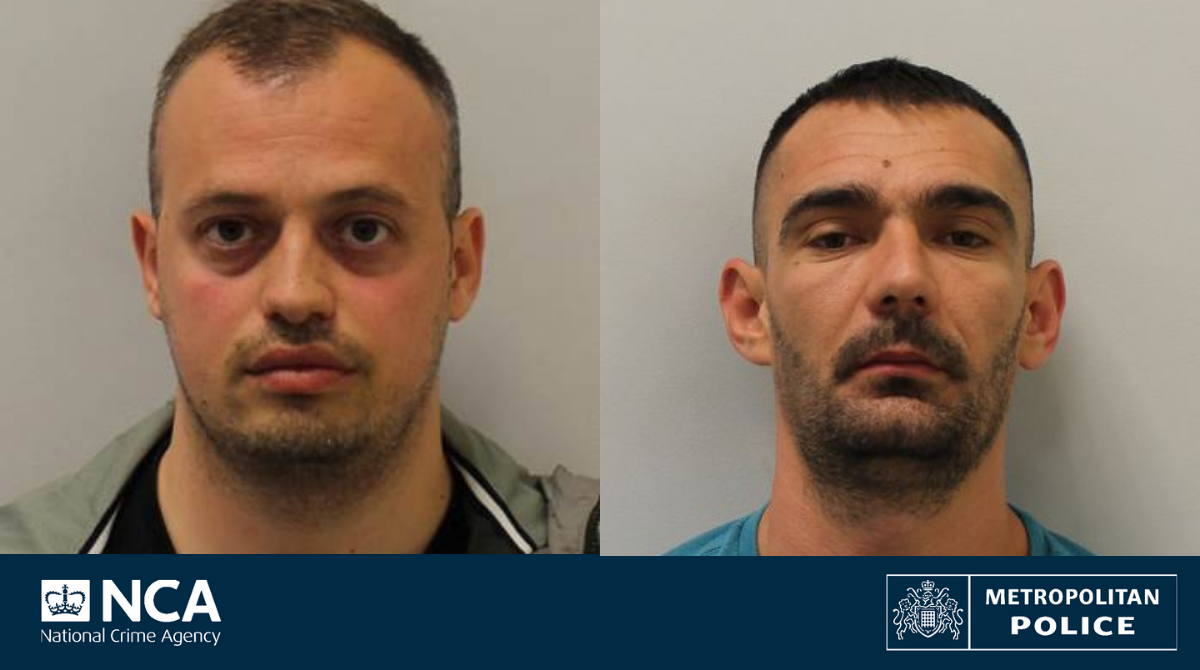 Albanian nationals Arben Kola, 30, and Elton Osmenaj, 32, were arrested on 07 May 2020 when OCP officers raided their shared flat on Hornsey High Street; discovering approximately £30,000 in cash, three kilos of cocaine, a 32 calibre pistol and 24 rounds of ammunition.

Investigators also found a notebook used as a ledger for drug dealing.

Once cut, the cocaine would carry an estimated street value of £300,000.

The cash, two kilos of cocaine and ammunition were found stashed in various kitchen cupboards within the property, while another kilo of cocaine was hidden behind the toilet panel in the en-suite bathroom.

Officers discovered the firearm and additional ammunition hidden in the wardrobe of one of the bedrooms.

At Wood Green Crown Court recently (23 November), Kola was sentenced to five years and six months for possession with intent to supply Class A drugs, and Osmenaj received a sentence of 13 years for drugs and firearms offences.

“These men were found in possession of a lethal firearm and enough rounds of ammunition to do appalling damage, so it is important that they are no longer operating on the streets of London.

“Although gun crime is relatively low in the UK compared to mainland Europe, we know handguns are the most commonly used firearms by criminals here, and this investigation shows clearly the link between these weapons and class A drugs supply.

“The OCP strives to halt the movement of guns and drugs to criminals who profit from their trade and in doing so, put the public in serious danger.”

A  58 year-old man from Berkshire has been jailed for more than three years after paying almost £220 to live-stream the sexual abuse of children in the Philippines.

Three drug couriers who attempted to smuggle cocaine worth around £50,000 into the UK on the same flight into Gatwick have been jailed

A luxury penthouse apartment and a Porsche with a combined value of over £800,000 have been recovered following a National Crime Agency investigation.