One of Somerset's most important tidal defence assets is being refurbished so it can continue protecting Bridgwater and the Somerset Levels and Moors.

A £4.2 million refurbishment scheme will refurbish or renew mechanical and electrical components in Dunball Sluice. This sluice controls flood flows in the King’s Sedgemoor Drain (KSD) and the River Sowy, which is also known as the River Parrett Flood Relief Channel.

Dunball Sluice is a critical structure in the defence of the Somerset Levels and Moors and became operational in 1971. It sits at the location where the King’s Sedgemoor Drain (KSD) meets the tidal River Parrett. 4 gated culverts control water levels by releasing water into the Parrett when the tide permits while preventing the tide from bringing saltwater into the KSD. This would impact nationally and internationally designated freshwater habitats.

The refurbishment will also make environmental improvements to encourage the migration of eels and improve access for otters between the KSD and the River Parrett. Health and safety improvements for Environment Agency staff and contractors who operate and maintain the sluice will also be completed as part of the scheme.

The project will extend the life of Dunball Sluice. Reducing the potential for failure and mitigate the risk of flooding to properties and internationally and nationally important freshwater habitats.

The scheme, funded by the Department for Environment, Food and Rural Affairs (Defra) with £650,000 partnership funding provided by Somerset Rivers Authority. The scheme will begin at the end of July 2022 and is programmed to be completed by 2024. 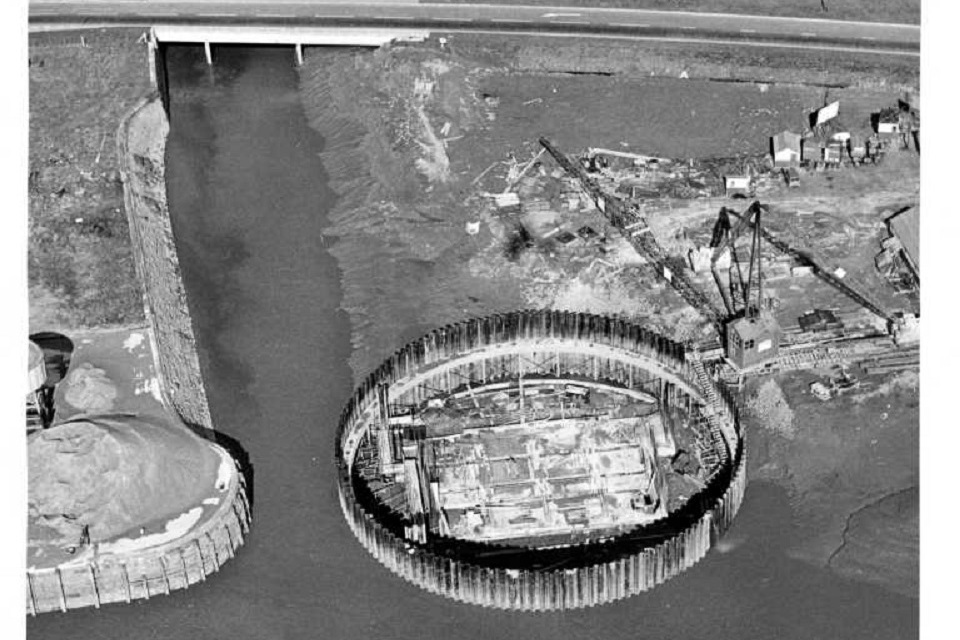 Work begins on creating Dunball Sluice which opened in 1971

I’m delighted that the SRA is helping to make this work possible. Dunball Sluice is a crucial facility. Refurbishing it boosts the SRA’s own major scheme to increase the floodwater-carrying capacity of the River Sowy and King’s Sedgemoor Drain.

Sowy-KSD works are being delivered for the SRA by the Environment Agency up until the end of October. As partners we’re working together to reduce flood risks across a large part of the Somerset Levels and Moors.

The work will not have an impact on the continuing operation of the sluice and all refurbishment works will be undertaken within the compound area.

If there is a need to move water out of the system into the Parrett but the tidal gates can’t be used due to the state of the tide. Then temporary pumps can be set up at the sluice to pump water over the structure and into the river. This was last done in 2014 and upgrades have been made since to better accommodate temporary pumps deployed from the nearby Bradney depot.

More support for farmers to help them with the impact of ongoing dry weather.

As part of a joint investigation with Northumbria Police, the offenders were found guilty of using unlicensed nets.

The Environment Agency is taking action to protect wildlife and the environment while the North East is experiencing prolonged dry weather.

An Environment Agency move to prevent a Yorkshire reservoir from drying up has been approved.

A huge 800-tonne crane is now in situ near Matlock Bridge to help the Environment Agency reinstate the town’s flood defences.

Visitors to the area of the Lower Otter Restoration Project (LORP) can now have a virtual conversation to find out more about what is happening with the scheme.