A 40-year-old man who ignored Environment Agency warnings to stop illegally importing and burning waste at 2 Essex sites has been sent to prison for 14 months.

Shane Boutwell of Rivendell Vale, South Woodham Ferrers, who had entered guilty pleas earlier in the year, was sentenced at Chelmsford Crown Court on 2 August 2022.

The sentencing came after he persistently imported and burnt waste on a large scale at 2 sites in Essex.

Officers found large quantities of waste on the site, including waste electricals, household waste, and demolition waste. They also discovered piles of burned waste. They made several further visits and attempted to work with Boutwell, offering him opportunities to stop his activities and clear the site. 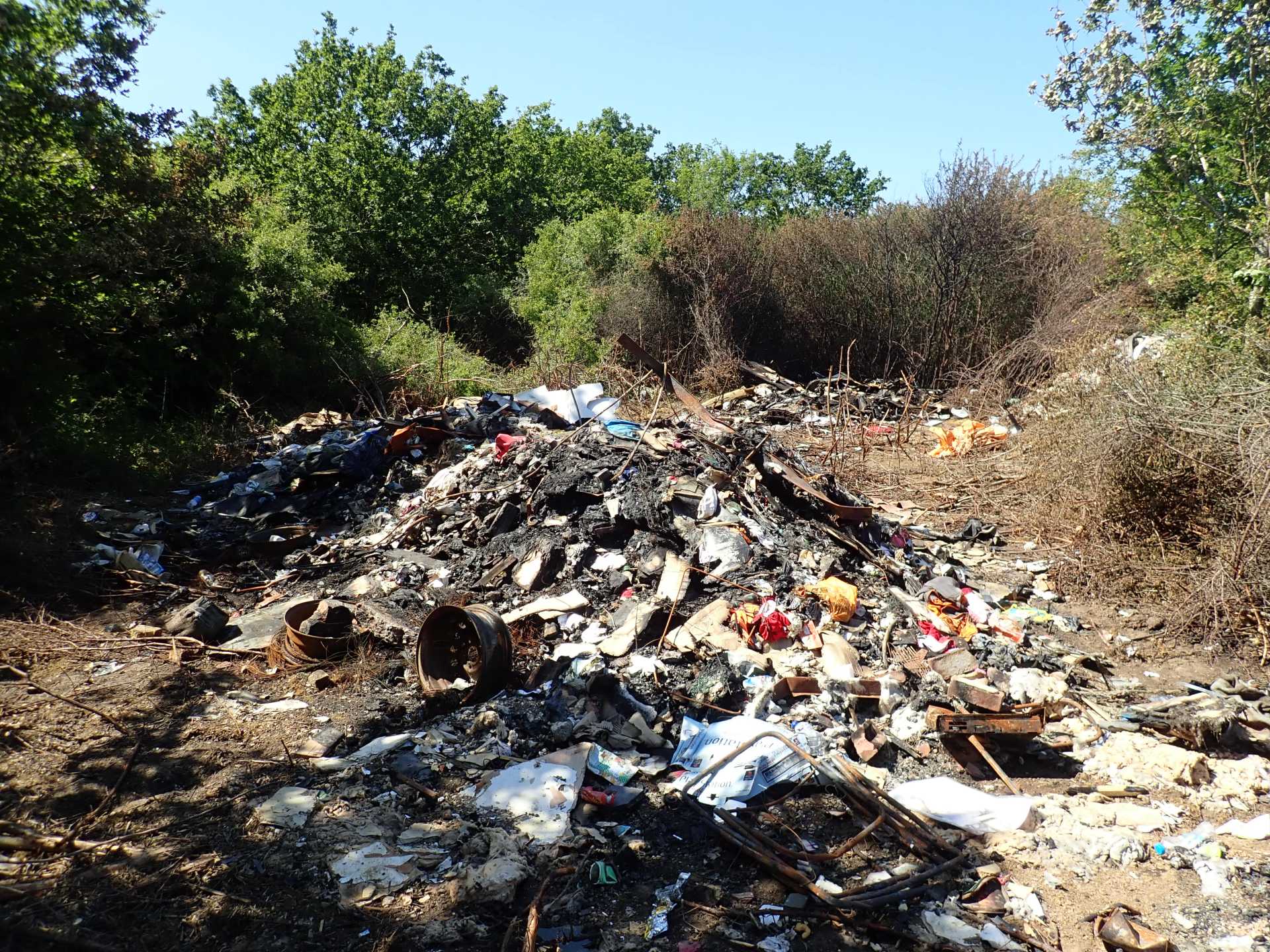 A large amount of waste at Boutwell's site.

In September 2020, officers attended another site, owned by Boutwell at Lower Barn Farm, Lower Burnham Road, Latchingdon. They found piles of burning waste with flames up to 2 metres high. Essex Fire and Rescue attended and discovered a gas cylinder amongst the embers before immediately requesting fire engines to attend.

Environment Agency officers identified large piles of soils heavily contaminated with bricks, concrete, paving slabs, and plastics. They were told by a fire officer that the site was a “cause for concern”.

As at Bradwell Wick, Boutwell was given chances to stop depositing, spreading and burning waste at the site. He was advised that all waste on site must be removed by a licensed waste carrier. Boutwell failed to engage. 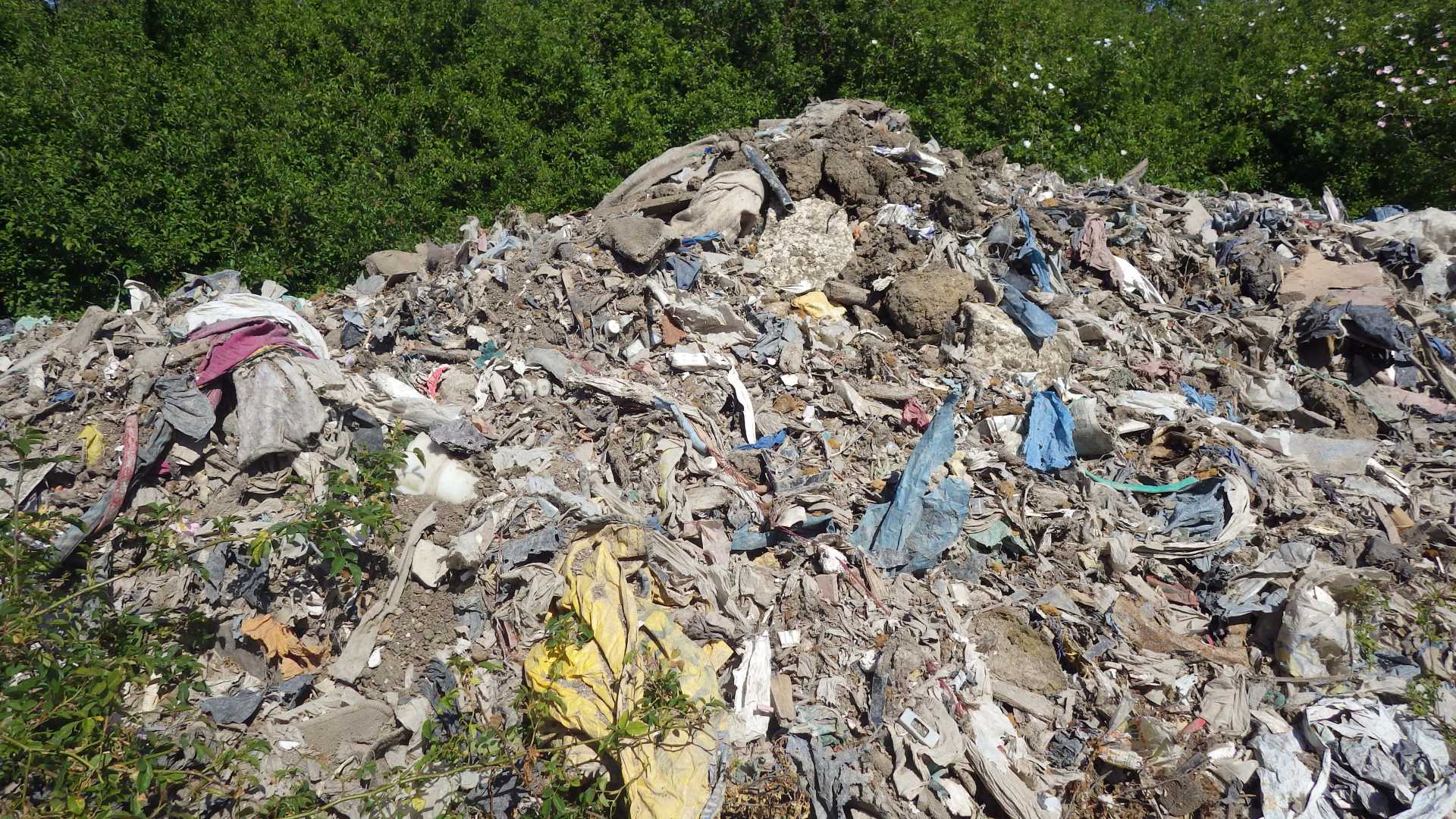 A large pile of waste at Boutwell's site.

Mr Hone explained that Boutwell’s activities had allowed him to avoid the fees and taxes associated with lawful disposal, undermining lawful competitors, and persisting with his offending in the face of intervention by the Environment Agency.

Sentencing Boutwell to 14 months’ imprisonment, Judge Loram QC told him that the 2 sites were, “professional operations for your own gain. The impact of your behaviour on others was profound. You affected legitimate businesses and encouraged others to sink to the bottom like you.”

Judge Loram QC made an order requiring Boutwell to clean up both sites upon his release from prison. She ordered him to return to court in September 2023 for consideration of claims for prosecution costs and the confiscation of the proceeds of his crimes.

We take illegal waste activity very seriously and will not hesitate to disrupt criminal activity and prosecute those responsible.

In this case, Boutwell was repeatedly instructed to remove waste from both sites and failed to do so.

He operated at a commercial advantage, importing and burning waste on a significant scale, undermining legitimate business with little or no regard for the environment or residents.

His sentence shows just how serious Her Honour Judge Loram QC considered this to be.

Boutwell previously pleaded guilty to operating 2 waste management facilities, 1 at Bradwell Wick, the other at Lower Burnham Road, without a permit.

He also pleaded guilty to disposing of controlled waste in a manner likely to cause pollution or harm to human health at both sites. He further pleaded guilty to failing to remove the waste from Bradwell Wick.

A huge 800-tonne crane is now in situ near Matlock Bridge to help the Environment Agency reinstate the town’s flood defences.

Visitors to the area of the Lower Otter Restoration Project (LORP) can now have a virtual conversation to find out more about what is happening with the scheme.

One of Somerset's most important tidal defence assets is being refurbished so it can continue protecting Bridgwater and the Somerset Levels and Moors.

An enthusiastic person with a knowledge of farming and land management is wanted to lend their experience to managing flood risk.

Creating intertidal habitats are a step closer as ‘The Moors at Arne’ scheme seeks planning permission from Dorset Council.