Applied Influence Group learnt what they know about influence on high stakes military intelligence operations. During that time they codified an approach to influence which they have been taking to a wide variety of clients for the last four years.

Internal motivations change when we feel threatened and the current COVID-19 situation has created a wide variety of new threats at both the business and personal level.

Being the person who can remove a threat increases your chances of achieving your influence objectives.
Whether it's dealing with a client you have had to let down, or persuading someone to continue with a project they have committed to, your influence messaging will need to adapt rapidly.

At the end of this Special Briefing presented on Thursday 6 August 2020, delegates were able to: tailor influence messaging to an individual using the fears and desires model, to increase their persuasiveness.

Dan Connors, Co-Founder & Chief Influence Officer
As Chief Influence Officer, Dan leads on solving the toughest influence challenges faced by our clients. He also drives our innovation function and continually refines and adapts our Elite Influence methodology. Dan developed his understanding and practice of influence over a 22 year career in specialist military intelligence roles and has been applying and adapting that knowledge to the toughest of business challenges since co-founding the Applied Influence Group. 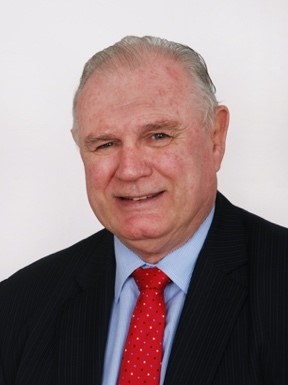 encounter with project management was in 1978 when he was part of a small team designing and commissioning a, then, state of the art, Systems Simulator for the brand-new Lynx helicopter which was coming into service with the British Army.

Life soon morphed into project management where he was tasked with the design and installation of a multi-media instructional solution for the Technical Academy with circa 3,500 trainees. Following this he became involved in a wide range of projects covering marine and aerospace equipment in Saudi Arabia. His last role in Saudi Arabia was as one of the senior programme managers covering a major upgrade to the Tornado aircraft on behalf of the Royal Saudi Air Force.

On return to the UK in late 2012 he formed his own consultancy company (IMC&T Ltd). Under this umbrella he has worked with a wide range of organisations from the aerospace industry, defence organisations, Business / Financial Think Tank, higher educational establishments, central and local government departments, Grade 1 Listed Church conservation and reordering.

Throughout his career he has had the opportunity to be involved in projects ranging from quite small to those in the multi-billion-pound range.

Harnessing the capacity of a future generation of strategic decision-makers is crucial for the continuity of organisations involved in project and programme research, according to a new study supported by Association for Project Management (APM).

The project sponsor, a hinge or hinderance to success?

Why it’s time for the adaptive professional

How 2020’s challenges are unlocking new ways of thinking

Alix originally joined Everton as a Finance Business Partner, after qualifying as a Chartered Accountant and working for KPMG in Financial Audit in both the Liverpool and London offices.

How inclusive is your stakeholder engagement?

Association for Project Management (APM) has developed a new route towards gaining its Project Fundamentals Qualification for those who wish to self-study or feel confident they have the skills needed to pass the exam without further training.