There is just one week to go until the 2021 CyberFirst Girls competition begins. 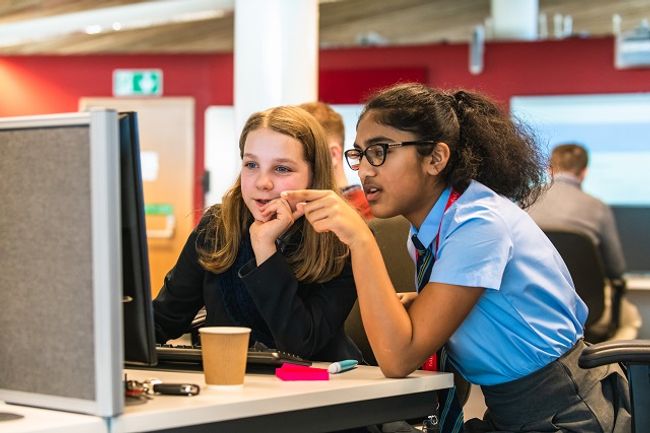 Schoolgirls are being encouraged to enter the UK’s flagship cyber security competition as the countdown to the first round reaches its final week.

The 2021 CyberFirst Girls Competition, which is run by the National Cyber Security Centre (NCSC) – a part of GCHQ – officially gets under way on Monday 25th January, and hundreds of schools have already signed up.

But with registration still open, schools still have the chance to enter and take on local rivals in regional heats – with the opportunity to go through to the final and be crowned UK cyber security champions.

The CyberFirst Girls Competition sees girls aged 12 to 13 put their cyber security skills to the test through a series of fun and challenging online puzzles covering topics including logic, networking and cryptography.

The competition, which this year will be fully virtual, aims to inspire girls to consider a career in cyber security – an industry where women are under-represented. Last year around 12,000 girls took part.

“The CyberFirst Girls Competition is a really exciting opportunity for young people to find out more about the world of cyber security and have some fun along the way.

“The countdown is now on to the start of the 2021 contest, and I’m delighted to see so many schools have already signed up, despite the challenges the pandemic has presented them.

“It’s not too late to register and I’d encourage schools to sign up now and give their pupils a chance to be named the UK’s cyber security champions.”

"The cyber security sector is booming and needs to develop the next generation of talented people, so it is brilliant to see the CyberFirst Girls Competition inspiring pupils to pursue an exciting career in the industry.

"With just one week to go, I urge girls across the country to sign up and discover the fascinating work to be done protecting the nation against online threats."

The CyberFirst Girls Competition is the NCSC’s flagship cyber security event for schools, with more than 37,000 girls having taken part in the initiative since it was launched in 2017.

This year’s online qualifying round will run from noon on Monday 25th January until noon on Wednesday 3rd February. The highest scoring teams at the end of this stage will progress to the semi-finals in Northern Ireland, Scotland, Wales and regions of England. The winners of these events will earn a place at the Grand Final in April.

Schoolgirls in Year 8 in England and Wales, S2 in Scotland, and Year 9 in Northern Ireland are eligible to take part in teams of up to four. They must ask a teacher at their school or a school guardian to act as their mentor and register them via the NCSC website.

Learn more about the CyberFirst Girls Competition, and how to sign up.