Two firearms and over a hundred rounds of ammunition have been found at a property in Warrington as part of a National Crime Agency EncroChat investigation into the large scale supply of firearms. 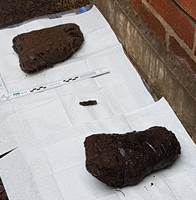 Officers searched a house on Selworthy Drive, Warrington, where two taped packages were buried in the back garden. 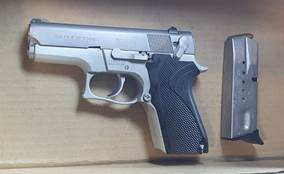 The NCA had reason to believe weapons were being kept at the house through EncroChat data retrieved during Operation Venetic and mobile phones seized in other arrests.

Robert Brazendale, aged 33, from Warrington, who has links to the property, was apprehended last month in the Costa del Sol on a European Arrest Warrant as part of the wider NCA investigation, which has already led to the recovery of two AK47 assault rifles, an Uzi and Skorpion sub machine guns and 300 rounds of ammo. Three other men have been charged in relation to those seizures.

A man and woman in their 60s were arrested at the Warrington address but later released under investigation.

“A lot of effort had clearly been put into trying to hide these weapons which we believe are linked to serious and organised crime.

“We know that guns in the UK are commonly used by criminals to coerce, intimidate and carry out serious acts of violence.

“Through the diligence of our officers and support from partners, we’ve taken more deadly weapons out of circulation. We will continue to target offenders who bring firearms into our communities.”

The NCA launched its investigation earlier this year as part of Operation Venetic – the UK law enforcement response to the takedown of the encrypted messaging platform EncroChat.