Four people from Birmingham have been arrested and a loaded gun seized as part of a National Crime Agency investigation into a suspected organised crime group involved in the supply of firearms in the West Midlands. 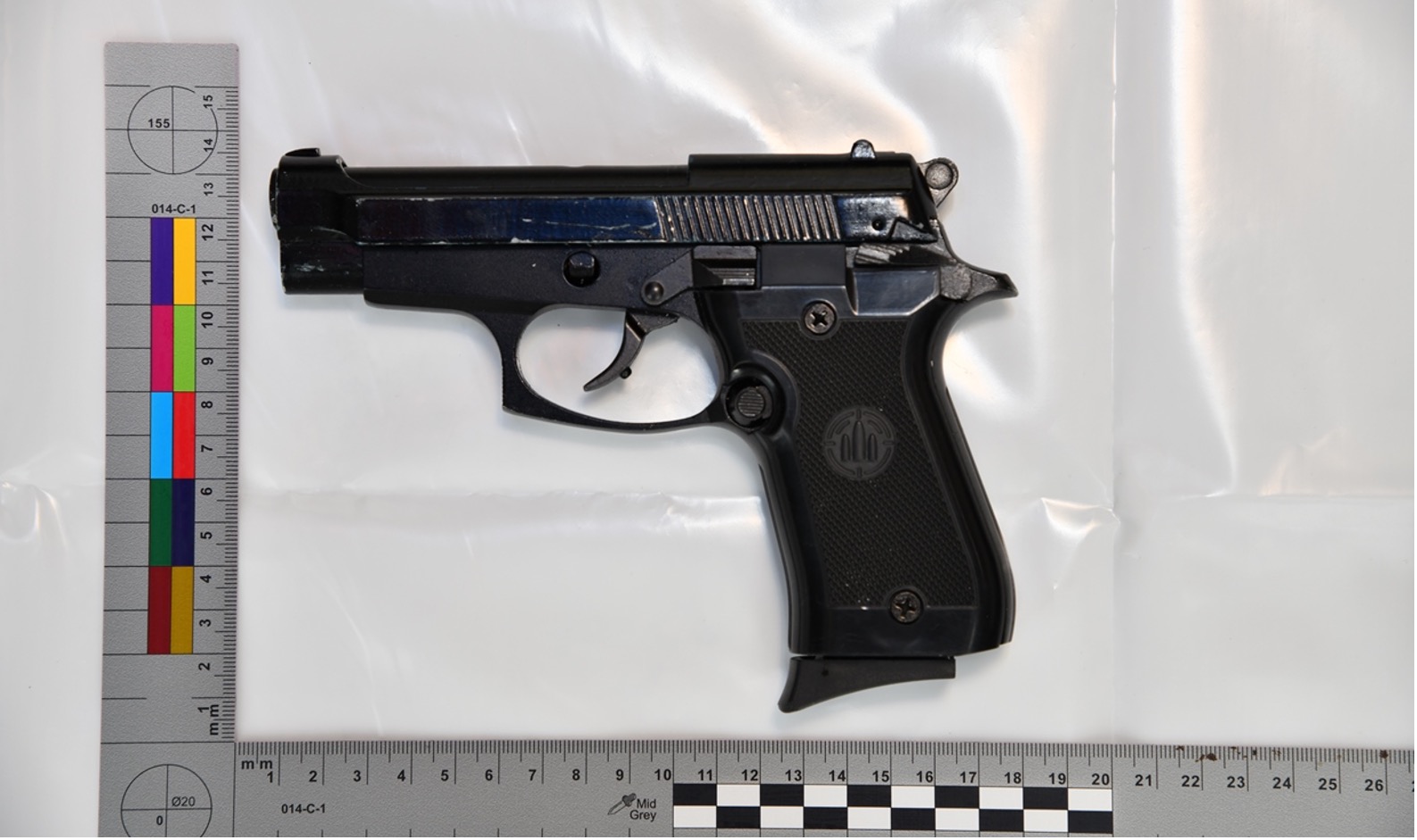 The first took place on Friday 12 November, and saw armed West Midlands Police officers stop a taxi that had travelled from Birmingham to Stoke-on-Trent.

Two men, both aged 19, were detained, with a 44cm ‘Zombie’ knife and small amount of crack cocaine also seized. The pair were questioned by NCA investigators before being released on bail the next day.

In the second operation on Saturday 13 November, armed NCA officers attended a flat in the Rubery area of Birmingham where they arrested a man and a woman, seized a loaded firearm and a small quantity of crack cocaine.

The 20-year-old woman was later released on bail, but 21-year-old Khalid Khan of Bacchus Road, Winson Green, was charged with firearms and drug supply offences.

He yesterday (Monday 15 November) appeared before Birmingham Magistrates and was remanded in custody to appear at Birmingham Crown Court on 13 December.

“Working with our colleagues at West Midlands Police we are determined to do all we can to disrupt and dismantle the organised crime groups involved in putting guns on the streets of our region.

“These arrests are an example of that partnership working in action.

“However, protecting communities from this threat cannot be achieved by law enforcement action alone, and we encourage anyone with information about illegally held firearms to contact Crimestoppers or their local police.”

A 44-year-old man has become the fourth Portsmouth dock worker to be charged with drug importation offences as part of a National Crime Agency investigation.