Like countless others in the UK and around the world, all of us at GCHQ were deeply saddened to hear about the death of His Royal Highness The Prince Philip, the Duke of Edinburgh.

Our thoughts are with Her Majesty The Queen and the Royal Family at this difficult time. Since Friday, we have been reflecting on our collective memories of the Duke.

His life of service and career in the Royal Navy brought him into close proximity with the world of intelligence. There is no doubt GCHQ’s work would have in some way informed his war time service and we know from his subsequent visits to our sites across the country that he retained a deep interest from this period.

The Duke first visited GCHQ in 1995, when he accompanied Her Majesty to tour our site at Oakley, Cheltenham. That site was decommissioned a decade later when our new iconic headquarters opened, also in Cheltenham. Her Majesty and the Duke returned in 2004 and visited again in 2009.

In 2013, the Duke was set to meet some of GCHQ’s workforce at Windsor Castle but when he learned there was a top-secret GCHQ site in Palmer Street, London, he was keen to see behind the scenes. He met many of our London-based colleagues, taking the time to get under the skin of our intelligence activities and thanking them for their service. As ever, his interest in people and ready humour left a deep impression.

His last visit to us was in 2017 was for the next chapter in GCHQ’s history when he accompanied Her Majesty to open our National Cyber Security Centre at Nova South. 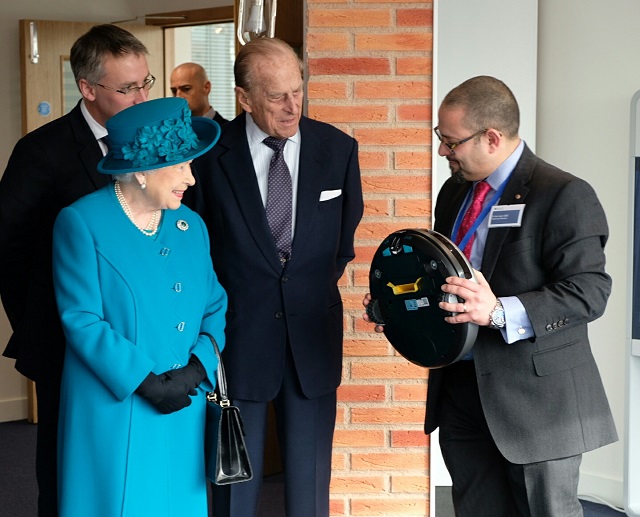 On these visits, Her Majesty and the Duke would receive briefings on topical national security issues and sometimes be shown historical artefacts from our museum’s collection. On one occasion they were shown the first draft of Nigel de Grey’s Zimmermann Telegram report, contributing to the US joining the First World War in 1917. On another visit they were shown one of Her Majesty’s historic encryption devices to secure her communications, as well as an entry in the official GCHQ visitor’s book signed by Lord Mountbatten, the Duke’s uncle.

When he visited, the Duke always showed a keen interest in the latest events and how we were using our capabilities to keep the country safe. But it was his deep interest in our people, their backgrounds and the stories behind their secret intelligence work that left a lasting impression.

Leading figures from UK politics to appear at CYBERUK

CYBERUK is a key date for cyber security professionals, where thought leaders and technical professionals come together and exchange ideas.

Ten universities around the UK have received official recognition for their postgraduate degrees in cyber security.