Four members of a Ghanaian cocaine smuggling group have been jailed for over 28 years following a National Crime Agency investigation. 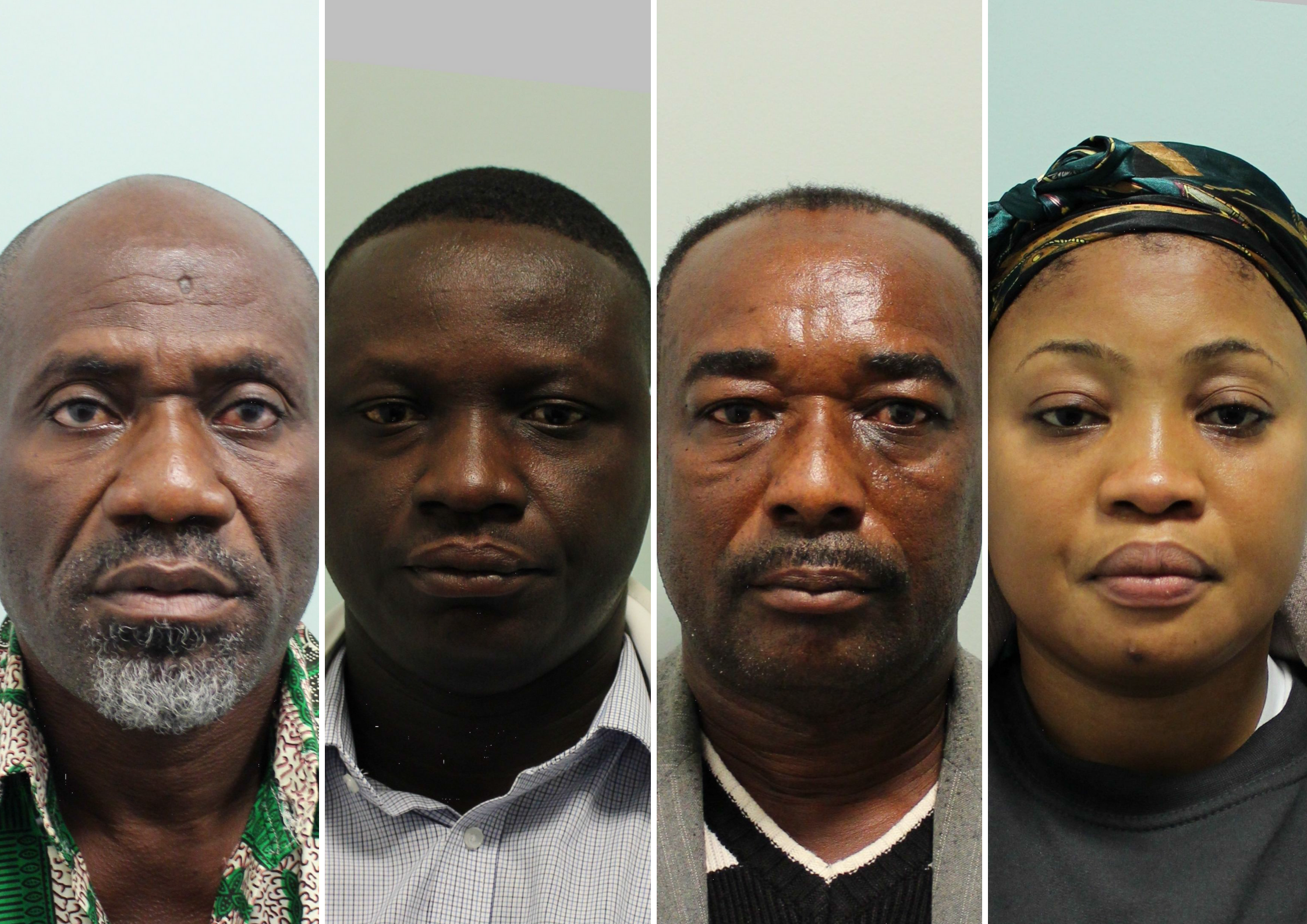 The group attempted to import almost £3 million worth of the class A drug concealed in their luggage on flights from Ghana to the UK.

Julius Tetteh Puplampu, 56, was intercepted by NCA officers at Heathrow Airport following his arrival from Accra on 19 August 2021.

A search of his suitcase showed a concealment at the base, which was found to contain six kilos of cocaine.

Puplampu was sentenced to six years and nine months at Isleworth Crown Court last week after pleading guilty to the drug importation offences.

NCA investigators identified that Puplampu was in regular contact with compatriot Eric Appaih, 50, who tried to import 15 kilos of cocaine hidden in food boxes. Appaih was sentenced to six years imprisonment in June 2021.

Puplampu was also connected to Albert Gyamfi, 52, and Jennifer Agyemang, 38.

They had been stopped by Border Force officers on arrival at Heathrow earlier in 2021, with 15 kilos of cocaine hidden in a concealment in Agyemang’s suitcase – the same type of concealment used by Puplampu.

Gyamfi and Agyemang initially denied knowledge of each other, but evidence showed the pair rearranging items in Agyemang’s suitcase before checking in at Kotoka International Airport. In December 2021 they were sentenced at Isleworth Crown Court to nine years and six years and nine months respectively.

Immigration Enforcement International supported the investigation by providing evidence of links between the conspirators and their modus operandi and revoking visas to disrupt their activity.

“This investigation has prevented an international cocaine smuggling group from getting their drugs to the UK market and seen the perpetrators given significant prison sentences.

“Cocaine causes significant harm to our communities, often fuelling violence and exploitation. We will continue to work with domestic and international partners to disrupt the class A drugs trade and pursue offenders.”

“Other individuals in Ghana connected to this drugs supply group have recently been arrested and apprehended by Narcotics Control Commission.  This is a result of the strong collaboration between Ghanaian and UK law enforcement partners to counter international drugs trafficking and associated immigration crimes.”