The resting places of Captain (Capt) Cecil Thomas Tuff, The Queen’s Own (Royal West Kent Regiment) and Captain Eric Wilson Edwards, The Queen’s (Royal West Surrey Regiment), have been identified more than a hundred years after they lost their lives during World War I.

The resting places of Captain (Capt) Cecil Thomas Tuff, The Queen’s Own (Royal West Kent Regiment) and Captain Eric Wilson Edwards, The Queen’s (Royal West Surrey Regiment), have been identified more than a hundred years after they lost their lives during World War I. To mark their sacrifice two rededication services were held on the Western Front at the Commonwealth War Graves Commission’s (CWGC) Oosttaverne Wood Cemetery, Belgium 14 May 2019 (for Capt Tuff) and at Gouzeaucourt New British Cemetery, France  Wednesday 15 May 2019 (for Capt Edwards).

Both services, which were organised by the MOD’s Joint Casualty and Compassionate Centre (JCCC), part of Defence Business Services, were conducted by the Reverend Ian Kemp CF, Chaplain to 2nd Battalion The Princess of Wales’s Royal Regiment.

The final resting places of these two Captains came to light after researchers submitted evidence that suggested that they had been found. Further research by the MOD’s JCCC and the National Army Museum was undertaken to corroborate the evidence and the identification of the ‘Unknown Soldier’ graves were both confirmed by the JCCC.

Both of these men gave their lives in the service of their country and left behind families who mourned their loss. It has been a privilege to organise these two rededication services, to complete their stories and to share these experiences with the families of Capt Tuff and Capt Edwards. 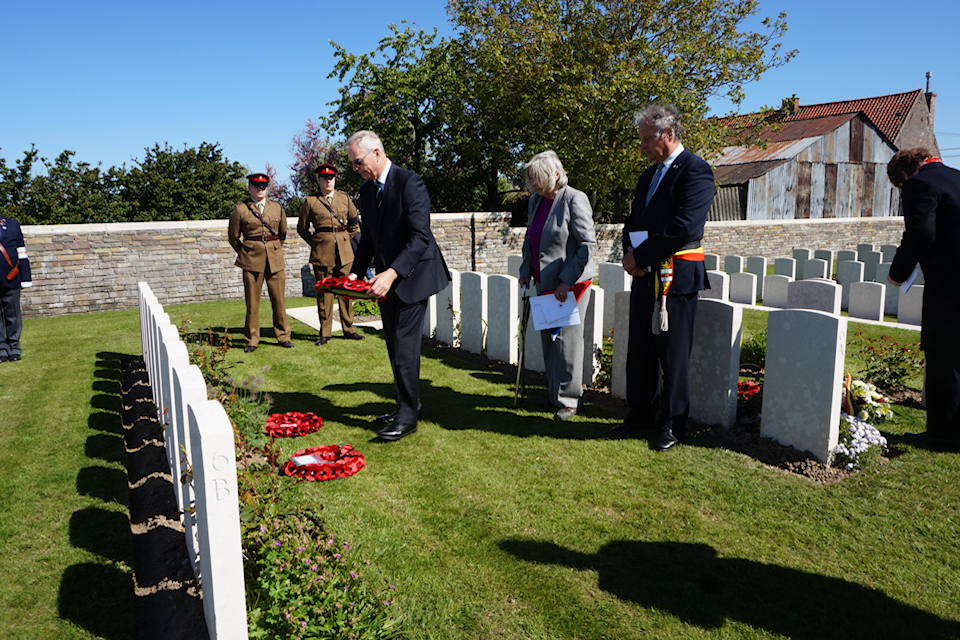 Geoffrey Tuff lays a wreath at the graveside of his great uncle Capt Tuff at Oosttaverne Wood Cemetery.

Capt Tuff was born in Rochester, Kent. Having previously served with The Queen’s Own (Royal West Kent Regiment), on 6 August 1914, two days after the outbreak of the First World War, he re-joined the regiment and was attached to the 1st Battalion before being sent to the Western Front.

On 17 April 1915 five mines were exploded under Hill 60 near Ypres. This was followed by an attack by British forces to retake the hill. Hill 60 had been held by the Germans since 10 December 1914 and was of strategic significance as it overlooked the town, affording the Germans observational advantage. 1st Battalion The Queen’s Own (Royal West Kent Regiment) took part in the subsequent attack and it was during this assault that Capt Tuff was killed on 18 April 1915. Capt Tuff was 29 years old.

Capt Tuff’s body remained on Hill 60 until after the Great War when he was recovered and buried in Oosttaverne Wood Cemetery as an unknown Captain. He was commemorated on the Menin Gate in Ypres.

The Tuff family is thrilled that the grave of our great uncle Cecil has been found. We are so grateful to all those involved in the research, particularly the researcher Martin Stoneham, whose initiative it was after reading the names on his local World War I memorial. 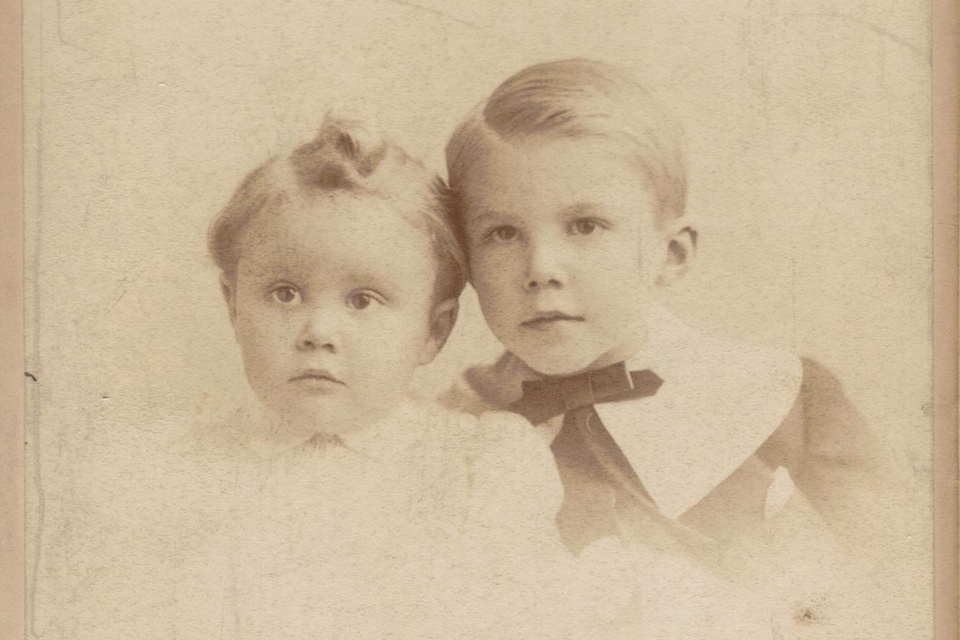 Capt Edwards was born in Lee, Kent. He was a partner in the firm Braikenridge & Edwards Solicitors. In January 1916 he was commissioned into The Queen’s (Royal West Surrey Regiment) and was posted to 6th Battalion.

On 30 November 1917 the Battalion was ordered to consolidate a defensive position at Heudicourt, south of Cambrai, which the enemy had broken through. Upon reaching the position, they dug in, but were unable to stop the advance. It was during this attack that Captain Edwards went missing. CaptEdwards was 26 years old.

After the Great War, Captain Edwards was buried in Gouzeaucourt New British Cemetery as an unknown Captain. He was commemorated on the Cambrai Memorial, Louverval.

How do I feel – humbled, surprised, saddened and elated! None of my living family ever met Eric. My grandfather, Lewis, died when I was in my early teens, so it was only when I started looking at my family history that I found out about Eric.

Now I am happy, happy to know Eric has a place and has been in a cemetery for a little over 101 years, even though it was not known. My youngest daughter is the same age as Eric was when he made his final sacrifice, for his future relations, who he would never know. A little over a 100 years ago these two officers gave their all for our country and so being able to honour their sacrifice in the rededication in their respective graves is both a great privilege and the least we can do in response.

It is a privilege to rededicate the graves of Captains’ Cecil Thomas Tuff and Eric Wilson Edwards in the presence of their families. Commemorated on a Memorial to the Missing for almost 100 years, the identification of their last resting places enables the Commonwealth War Graves Commission to renew our commitment to care for their graves, in perpetuity.

Two new headstones the names of Captain Tuff and Captain Edwards have been provided by the CWGC.