Alison Gilchrist, Northern Ireland’s Lead Officer on Doorstep Crime and Scams, has received the Trading Standards Hero Award from the Chartered Trading Standards Institute (CTSI) for her tireless work safeguarding victims and potential victims of scams and rogue traders, resulting in savings of over £1m. 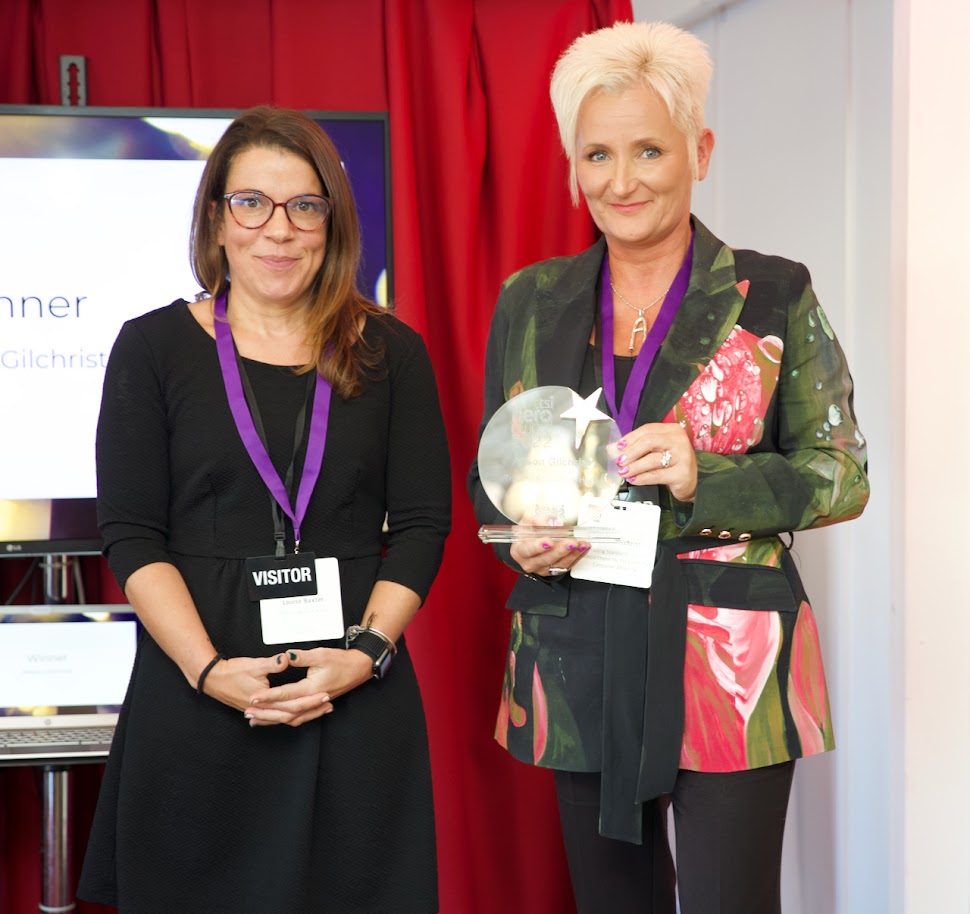 She received the award at the annual Hero Awards ceremony, hosted by CTSI at the House of Lords on the evening of Wednesday 23 November, which recognised significant contributions to consumer protection across the UK.

Alison was nominated by Damien Doherty, Chief Inspector (Head of Service) at Northern Ireland Trading Standards, who said that the victims of scams and doorstep crime and their families often say that they could not have got through the stress and anxiety of their case without her.

In a recent case, Trading Standards Northern Ireland was contacted late on a Friday afternoon by a very emotional and distressed man who had been scammed out of a six figure sum, including all his savings and pension lump sum, by cryptocurrency fraudsters. The man said that he was in despair and ’just wanted to crawl into a hole’.

Alison spent many hours with the scam victim and, in conjunction with the Police Service for Northern Ireland, was able to console, comfort and support him through a very difficult time. As a result of Alison’s support, the man is now pursuing redress from his bank with continued help from Trading Standards and he no longer feels that he has to face this problem on his own.

Another case involved Alison’s dogged determination in bringing to justice criminals who intimidated a terminally ill elderly man into paying his life savings of thousands of pounds by repeatedly cold-calling at his door over a 10-day period to carry out – to a very poor standard – numerous home improvements that didn’t need doing.

Alison left no stone unturned and, although the main witness passed away before the case was concluded, her endeavours in getting support from medical professionals, the Police Service Northern Ireland and the Public Prosecution Service meant that the victim’s testimony was accepted as being admissible in court. The elderly victim stated that he wanted to see the case proceed even after his passing. The perpetrators were convicted and fined £2,000 and ordered to pay £4,700 compensation to the victim’s estate.

“I was very surprised and indeed humbled to find that I had been nominated for this award. I love my job and always treat victims as I would like someone to treat a member of my own family. Hopefully, I will be able to continue in this role for many years to come.”

“Alison is an inspiring, caring and devoted Trading Standards colleague who has worked tirelessly to protect victims of doorstep crime and scams.

“Alison continues to raise awareness of scams and doorstep and participate in national and regional prevention activities, such as the ‘Friends Against Scams’ campaign, which includes information on doorstep crime. She responds immediately to any complaints concerning doorstep crime that are brought to her attention.

“Alison was described in a letter of commendation from a member of the public as being ‘small in stature but huge of heart’. The great lengths she goes to in order to help those in difficulties has to be admired. She is a true Hero.

“The CTSI Hero Awards are a fantastic opportunity to celebrate remarkable individuals or groups of people who make outstanding contributions towards safeguarding vulnerable consumers in our communities. Every year, we are inspired by the stories of nominees throughout the country whose bravery, altruism and hard work often goes unnoticed. These awards honour those remarkable people who have gone the extra mile for consumers.”

The Chartered Trading Standards Institute (CTSI) is a national not for profit established in 1881 which supports the UK’s trading standards profession and works to protect consumers and safeguard honest businesses.  CTSI's members are engaged in delivering frontline trading standards services at local authorities and in businesses. www.tradingstandards.uk