The government should cut red tape to lower costs for households, according to a new report from the Institute of Economic Affairs.

Over the past twenty years, prices in highly regulated fields such as housing, education and transport, have seen a real-terms price increase. By contrast, in sectors relatively open to international trade, competition and innovation, such as toys, clothing, cameras, computers, televisions and furniture, prices have declined. Addressing these interventions could reduce the cost of living for the worst off, with little cost to the Treasury and substantial economic benefits. 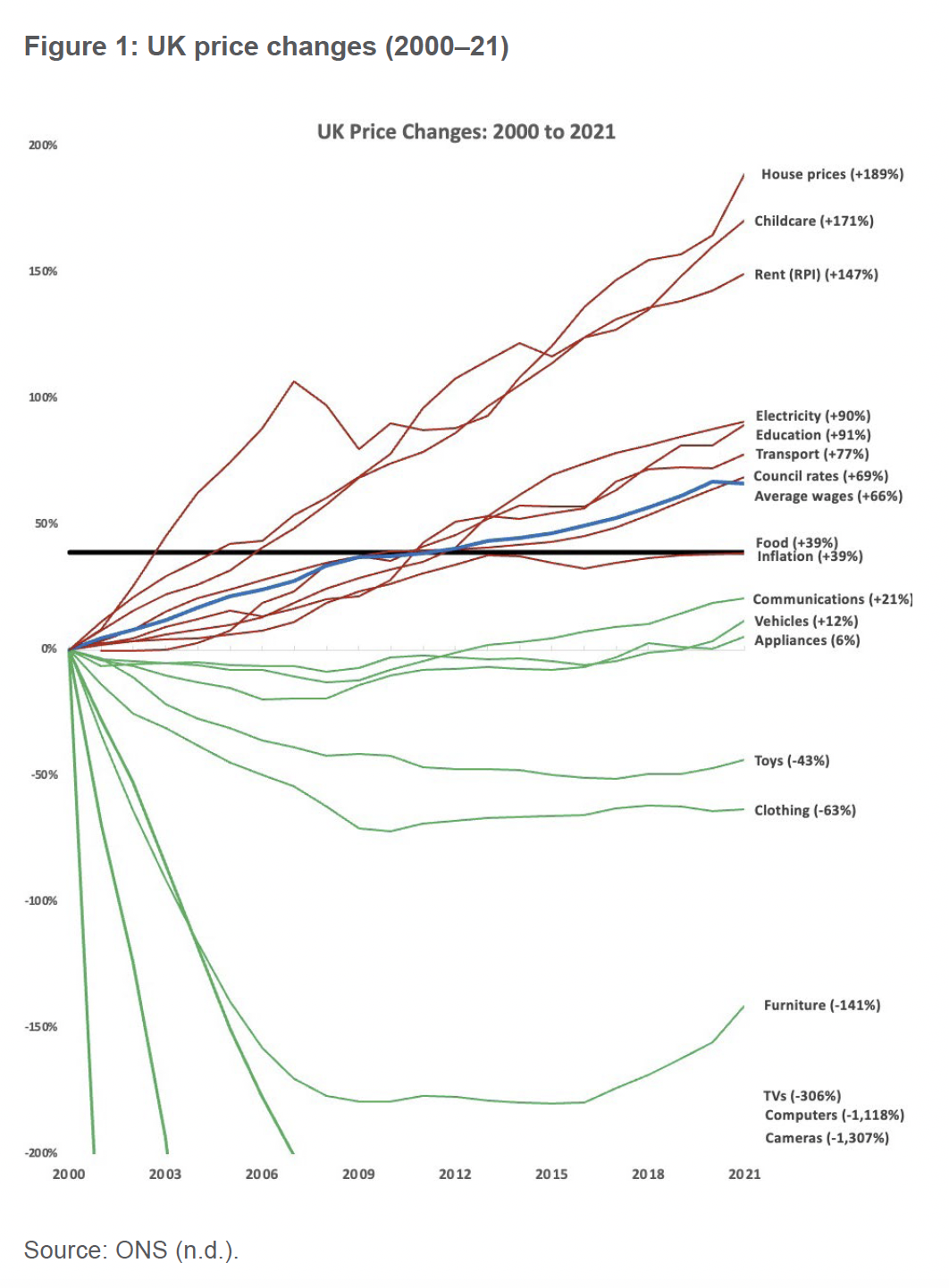 The following recommendations are made in new IEA report Cutting Through: How to address the cost of living crisis:

Matthew Lesh, IEA Head of Public Policy and co-editor of ‘Cutting Through’, said:

“Red tape is strangling British households with higher costs. From housing to childcare and energy, decades of interventions have made living costs more expensive. The cost of living crisis is an ideal opportunity to reconsider the underlying policies that are driving up costs for families. The constant demands for more handouts and higher pay are a distraction; Britain needs a serious supply-side reform agenda that would significantly boost quality of life for millions, make life easier for entrepreneurs and unlock our stalled productivity.”

“While the government obviously cannot control geopolitical events, the problem with the current cost-of-living crisis is that we were already starting from a bad place. In a number of important sectors, government policy is systematically driving up the cost of living for no good reason, and has been doing so for a long time. I first wrote about these issues over a decade ago, and find it remarkable how little the fundamentals have changed since then.”

IEA spokespeople are available for interview and further comment.

Cutting Through: How to address the cost of living crisis  is available here: https://iea.org.uk/wp-content/uploads/2022/07/Cutting-Through-1.pdf

The mission of the Institute of Economic Affairs is to improve understanding of the fundamental institutions of a free society by analysing and expanding the role of markets in solving economic and social problems. The IEA is a registered educational charity and independent of all political parties.