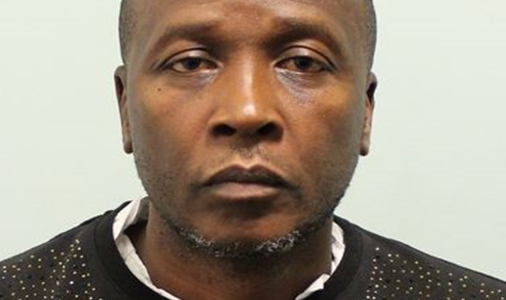 A man who attempted to smuggle 1.5kg of cocaine from Jamaica to the UK to then sell to pay off a debt has been sentenced to over eight years in prison.

Jamaican national Clayton Johnson admitted to swallowing 56 packages of cocaine in an attempt to smuggle them into the UK within his stomach, plus concealing additional packages within two specially modified pairs of shoes.

He had intended to sell the drugs to repay a £6,000 debt incurred by damaging a boat in Jamaica.

Johnson, 52, of Downham Way, Bromley, appeared at Isleworth Crown Court on 05 November where he received the eight years and three months prison sentence.

Johnson flew into Gatwick Airport from Jamaica on 29 August. Border Force officers searched his suitcase and found Johnson to have concealed cocaine within two pairs of shoes. He was arrested for importing Class A drugs and subjected to a body scan, which revealed a number of packages inside his stomach.

The case was then passed on to the NCA.

When questioned, Johnson admitted that he had arranged for packets of cocaine to be concealed in the soles of two pairs of shoes, that he’d swallowed a further 56 packages and stuffed four more in his rectum.

Johnson told NCA officers that he had intended to sell the drugs to make money to repay a debt of £6,000 to a man in Jamaica who’s boat he had damaged around 3 ½ years ago.

Johnson also admitted to previously attempting to smuggle cocaine from Jamaica to the UK in 2012. On that occasion he swallowed packages of cocaine, but fell ill and was admitted to hospital where the packages were recovered.

“This was not the first time that Clayton Johnson had attempted to smuggle cocaine into our country, and his sentence reflects his repeated efforts to break the law for financial gain.

“Swallowing these powerful drugs was incredibly dangerous, and could have caused great harm to Johnson; or if his venture had succeeded, to members of the public”

“By removing this cocaine from the market, the NCA and Border Force have prevented it from ending up on UK streets, where class A drugs fuel violence and exploitation

“We continue to work with partners to target and disrupt organised crime groups, and protect the public”