MI5 staff have been celebrating International Women's Day 2020 with a series of social events, panel conferences and inspirational talks to staff, leading up to Sunday 8 March. One of the talks focussed on the history of women at MI5. We wanted to share one of the many fascinating stories of women who have helped shape our history: Mary Sherer – MI5's first female agent runner.

Mary Sherer joined MI5 in 1936 as a secretary at the age of 21. After a posting as a PA in Malta, she returned to London on the outbreak of war as assistant to Lord Rothschild, the nation's leading authority on German and Italian sabotage methods. Sherer was subsequently promoted to desk officer, and in 1942 was posted to Washington as an adviser on sabotage to the Head of British Intelligence and Security in North America. 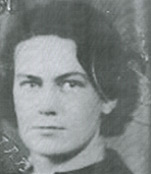 On her return to London the following year, Sherer joined the section responsible for turning German agents back against the Abwehr (the German Military Intelligence Service), known as Double Cross. She had sole responsibility for the agent known as TREASURE, a French national and talented artist named Lily Sergeyev, who had volunteered her services to the Germans with the intention of double crossing them. After the Abwehr took up her offer, she contacted the British Embassy in Madrid and was flown to London, where she was debriefed, and soon after recruited by Sherer, who was convinced that TREASURE would be a successful double agent. 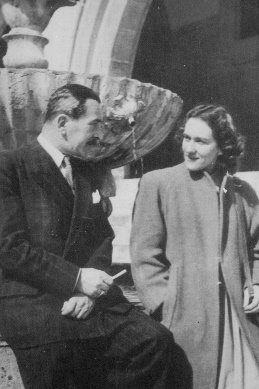 (TREASURE with her German handler)

TREASURE worked under Sherer's direction as a deception agent, feeding a mixture of bogus and genuine information back to Germany, and they spent many hours carefully crafting the text of TREASURE's messages back to her handlers. However, the relationship was not without its difficultes. TREASURE had left her beloved dog, Babs, in Gibraltar due to British quarantine rules, but was intent on bringing Babs to the United Kingdom. In 1943, she told Sherer refused to send any further messages to the Abwehr until they had been reunited. TREASURE relented a few months later and restarted communication with the Germans, but the situation deteriorated again when the unfortunate Babs died in Gibraltar, a few weeks before D-Day. TREASURE confessed to Sherer that she had hatched a plan to wreak revenge on the British for Babs' death by warning her German handlers via a code that she could insert in her transmissions to indicate that she had been compromised, but would not tell Sherer what the code was. 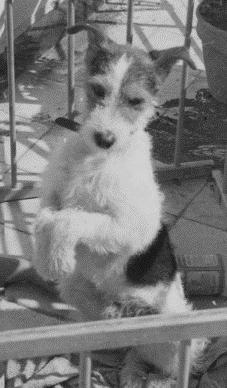 The Double Cross deception, designed to mislead the Germans on the D-Day landing locations, was reliant on TREASURE continuing to send bogus messages to her German handlers. In light of TREASURE's confession, Sherer was faced with a major dilemma: pull the plug on TREASURE's communications with the Abwehr and risk the Germans becoming suspicious, or continue with the risk that TREASURE might insert a code to warn them in future messages. The decision was taken to keep TREASURE in play, and her communications contributed towards the successful D-Day Double Cross deception. Shortly afterwards, TREASURE was discontinued as an agent, and returned to France later in 1944. Before she left, Sherer managed to get TREASURE to reveal what the warning code would have been to the Germans. She then checked every message that had been sent to the Abwehr, and confirmed that TREASURE had never used it.

Sherer was highly commended for her contribution to the success of Double Cross but, as a woman, she was never given officer rank alongside her male counterparts. She chose to leave MI5 after the war and moved to Rome with Phyllis McKenzie, who had worked for British Intelligence in New York during the war, where they opened a bookshop.

Mary Sherer was just one of many inspirational women who have done exceptional work to protect national security in MI5's history. Today, we strive to foster an environment at MI5 where everyone can achieve their potential, and are celebrated for their successes, irrespective of their gender.

Director General Sir Andrew Parker has expressed "regret and shame" on behalf of MI5 for the organisation's historical treatment of the LGBT community.

Thames House, the MI5 headquarters in Central London, joined many other buildings around the UK in lighting up blue in support of #ClapForOurCarers.

MI5 was honoured to receive a visit from Her Majesty The Queen recently (25 February 2020), during which The Queen praised the "tireless work" and "remarkable resolve" shown by our officers in adapting to the changing nature of the threats we investigate, and keeping the country safe.

A documentary showing what life is like for those who work at MI5 will be shown tonight (Thursday 27 February) on ITV1.

To mark National Apprenticeship Week, which takes place from 3 – 9 February 2020, we are highlighting the opportunities available for apprenticeships in MI5 to learn and apply new skills whilst helping to keep the country safe.

Yesterday we witnessed another abhorrent terror attack on the streets of our capital.

MI5, along with SIS and GCHQ, recently published its Gender Pay Gap report. Although the intelligence agencies are not bound to disclose our figures, we believe it is important to be as open as possible about our progress.

MI5 Director General Sir Andrew Parker gave an interview to the Financial Times, in which he stressed the need for MI5 to engage with the accelerating impact of technology to stay ahead of the threat.