It's getting hot and humid next week

So far this June it’s been rather cool and wet, but there are now strong signals for a change to hot and humid weather for parts of the UK from Monday, along with the risk of thunderstorms.

High temperatures are expected to develop across parts of western Europe next week, with the possibility of near record-breaking June temperatures in countries including France, Germany and the Netherlands.  As low pressure develops to the west of the UK by the end of this weekend, the warm air from Europe will be drawn towards the UK, allowing temperatures here to rise. Thunderstorms and heavy rain will develop and the Met Office has issued National Severe Weather Warnings for England and Wales on Sunday and Monday. 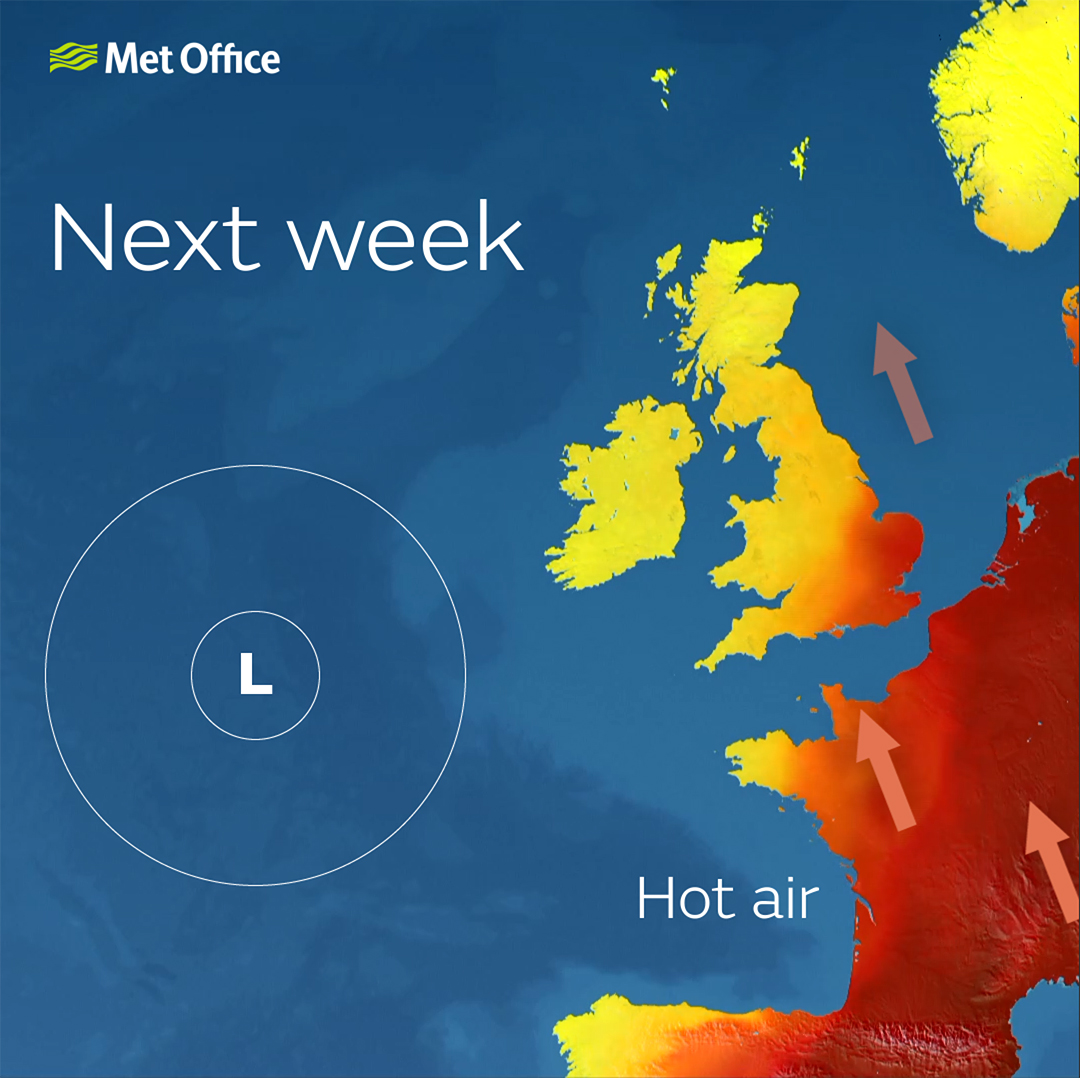 Next week’s higher temperatures will be in stark contrast to the cool and wet June we’ve had so far, where temperatures have been well below average for the time of year.

“High pressure will bring a brief spell of warmer, drier and sunnier weather this weekend.  However, as low pressure re-establishes later on Sunday, we’re going to see a return to the heavy rain and thunderstorms we’ve seen so far this June.  Rather than the recent cooler conditions, it’s going to feel much warmer and humid.”

“Whilst it will feel warmer for everyone in the UK next week, parts of southern and eastern England will see the hottest weather with temperatures here into the high 20s Celsius, possibly exceeding 30 Celsius at the peak of the heat by Wednesday or Thursday.”

“With this hot and humid weather there is the potential for severe thunderstorms developing, bringing the risk of torrential downpours, hail, flash flooding and gusty winds.”

“We are carefully monitoring the situation and will update any National Severe Weather Warnings as confidence in where the greatest impacts from the thunderstorms and heavy rain increases.”

“As such we are urging people to keep a close eye on the latest forecasts and advice on the Met Office website, on our mobile app and Twitter and Facebook channels."