Robert Stewart, aged 32, from Broadwater Gardens, Orpington, was arrested on the afternoon of Saturday 23 April.

He was unaware that he was under surveillance by the NCA as he travelled from a car park at Luton airport.

As officers moved in to arrest him in Luton Road, Harpenden, Stewart (right) attempted to escape, jumping over a fence at the rear of a pub car park and throwing the keys to his van into a bush. 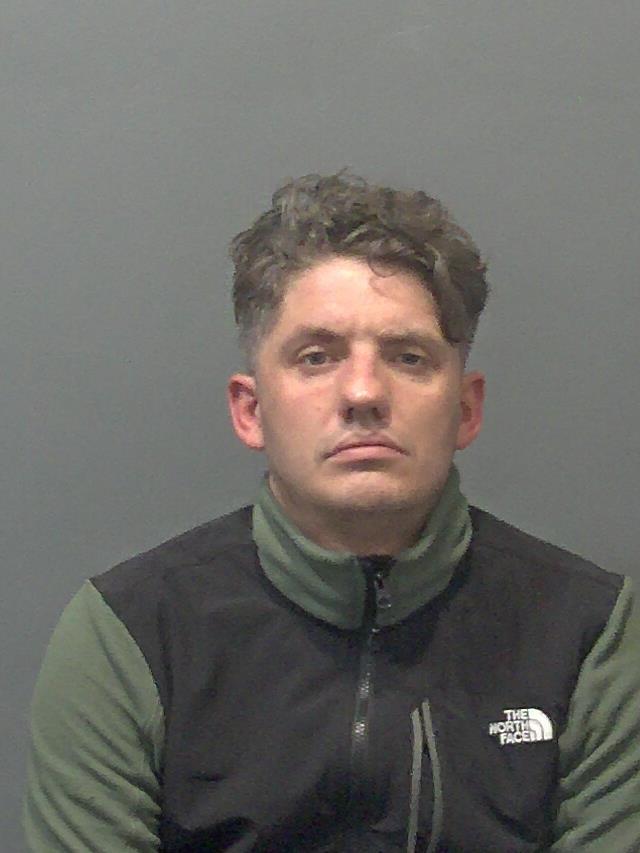 The NCA called in support from Hertfordshire and Bedfordshire police forces, as well as a police helicopter, and Stewart was found hiding in a child’s playhouse in a nearby garden a short time later.

In the rear of the van NCA officers found 57 kilos of cocaine, stuffed into holdalls. A search of the van also revealed two empty purpose-built and hydraulically operated hides.

Stewart was charged with possession with intent to supply class A drugs, and pleaded guilty to the offence at a hearing at Luton Crown Court on 23 May.

A judge at the same court recently [29 July] sentenced him to seven-and-a-half years in prison.

“Stewart was arrested as part of a proactive NCA investigation targeting class A drug supply. He was found in possession of a significant quantity of cocaine, with an estimated value of £4.5 million.

“I’ve no doubt that had he not been stopped those drugs would have ended on the streets of south east England, in the hands of gangs who bring violence and exploitation to our communities.

“We are grateful to Hertfordshire and Bedfordshire Police for their support in this operation, and we remain determined to do all we can to target and disrupt the organised networks involved in the distribution of class A drugs.”

“I would like to pay tribute to our officers for apprehending Stewart. His involvement in drug dealing shows he is a dangerous individual, and it’s positive that he will no longer bring harmful substances into our communities.

“We’re committed to keeping our county safe from the scourge of drugs and will work quickly to apprehend those thought to be involved.”