England had its joint hottest summer in a series which runs from 1884, according to provisional statistics from the Met Office.

The summer of 2022 will be remembered as a dry and sunny three months, and for England, the joint warmest summer on record according to mean temperature*. This means that four of the five warmest summers on record for England have occurred since 2003, as the effects of human-induced climate change are felt on England’s summer temperatures. 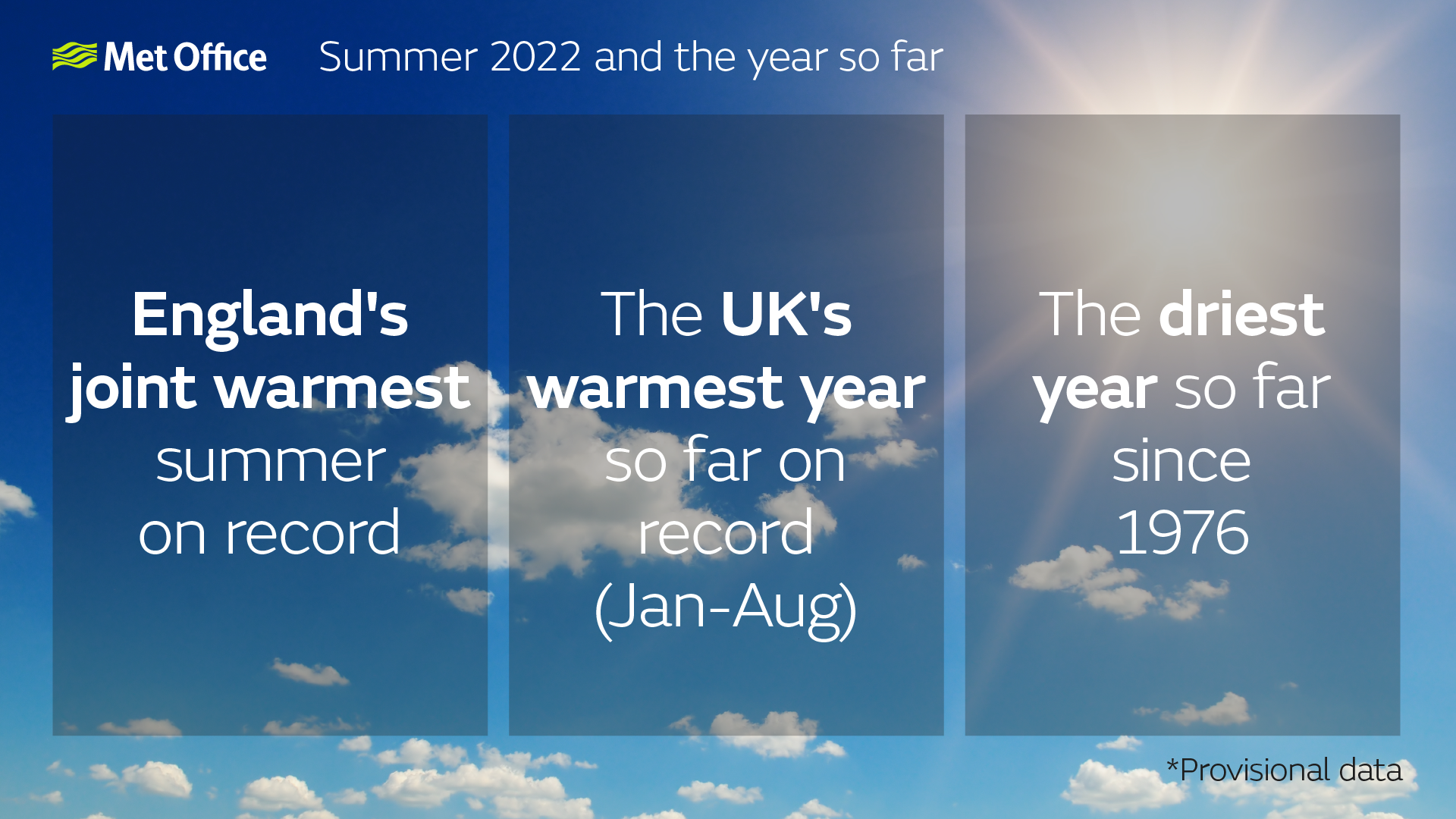 High pressure has dominated the UK weather this summer bringing long spells of dry and warm weather to many areas allowing heatwaves to develop each month, but most notably in July. Overall, the UK has seen 62% of its summer rainfall and mean temperatures were 1.1°C above the average of 14.6°C. 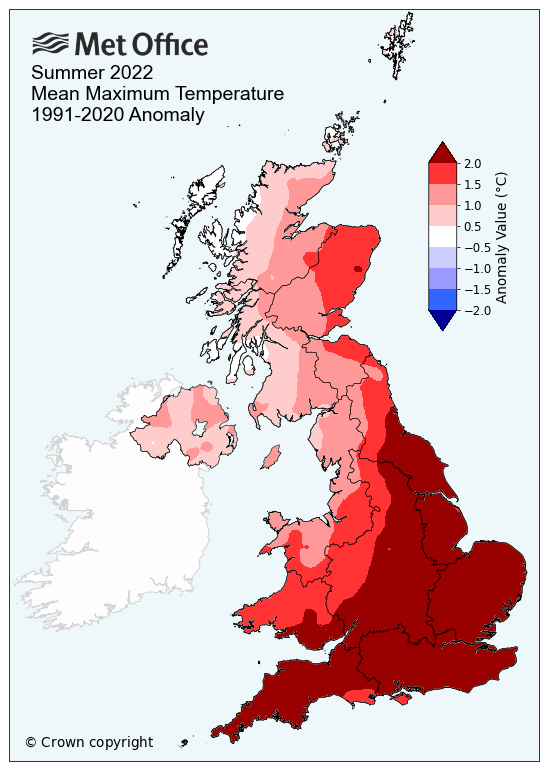 In England the warm and dry conditions have been more notable, with the mean temperature the joint warmest ever recorded (17.1°C) equalling that of summer 2018, and some areas have seen less than 50% of their typical summer rainfall. The warmest and driest areas relative to average were in the East and for East Anglia and parts of northeast England it was the hottest summer on record. 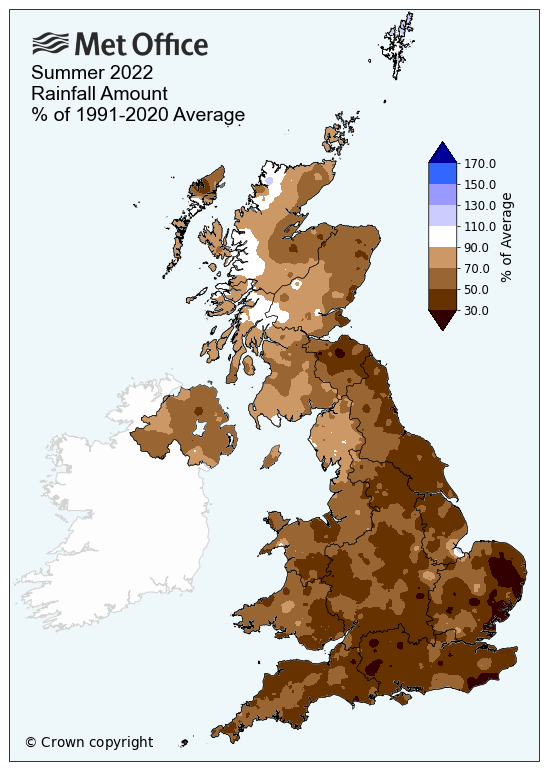 “For many this summer’s record-breaking heat in July – where temperatures reached 40.3°C at Coningsby in Lincolnshire – will be the season’s most memorable aspect. However, for England to achieve its joint warmest summer takes more than extreme heat over a couple of days, so we shouldn’t forget that we experienced some persistently warm and hot spells through June and August too.”