The quarterly report reveals the number of complaints made to Ofcom between July and September last year, about firms that provide home broadband, landline telephone, pay-monthly mobile and pay-TV. We include all providers with a market share over 1.5%.

Overall, there was a small increase in the relative number of complaints we received for broadband, mobile and pay-TV compared to last quarter – but figures for landline services broadly stayed the same.

Virgin Media remained the most complained-about pay-TV provider, with handling of complaints being the primary reason. Sky continued to attract the least complaints for pay-TV.

Complaints information helps people to think about quality of service when they are shopping around for a new provider and encourages firms to improve their performance. Our service quality hub offers further information on how people can choose the best provider for them.

“People have never had more choice in the phone and broadband markets.

“It’s also never been easier to switch your service. So companies that don’t prioritise great service could see customers leaving them for ones that do.”

Although Ofcom cannot resolve individual complaints, we offer consumers advice, and the information we receive can lead to us launching investigations.

Anyone experiencing problems should complain to their provider first. If they are unhappy with the outcome, people can take the complaint to an independent ombudsman, who will look at the case and make a judgment on it. 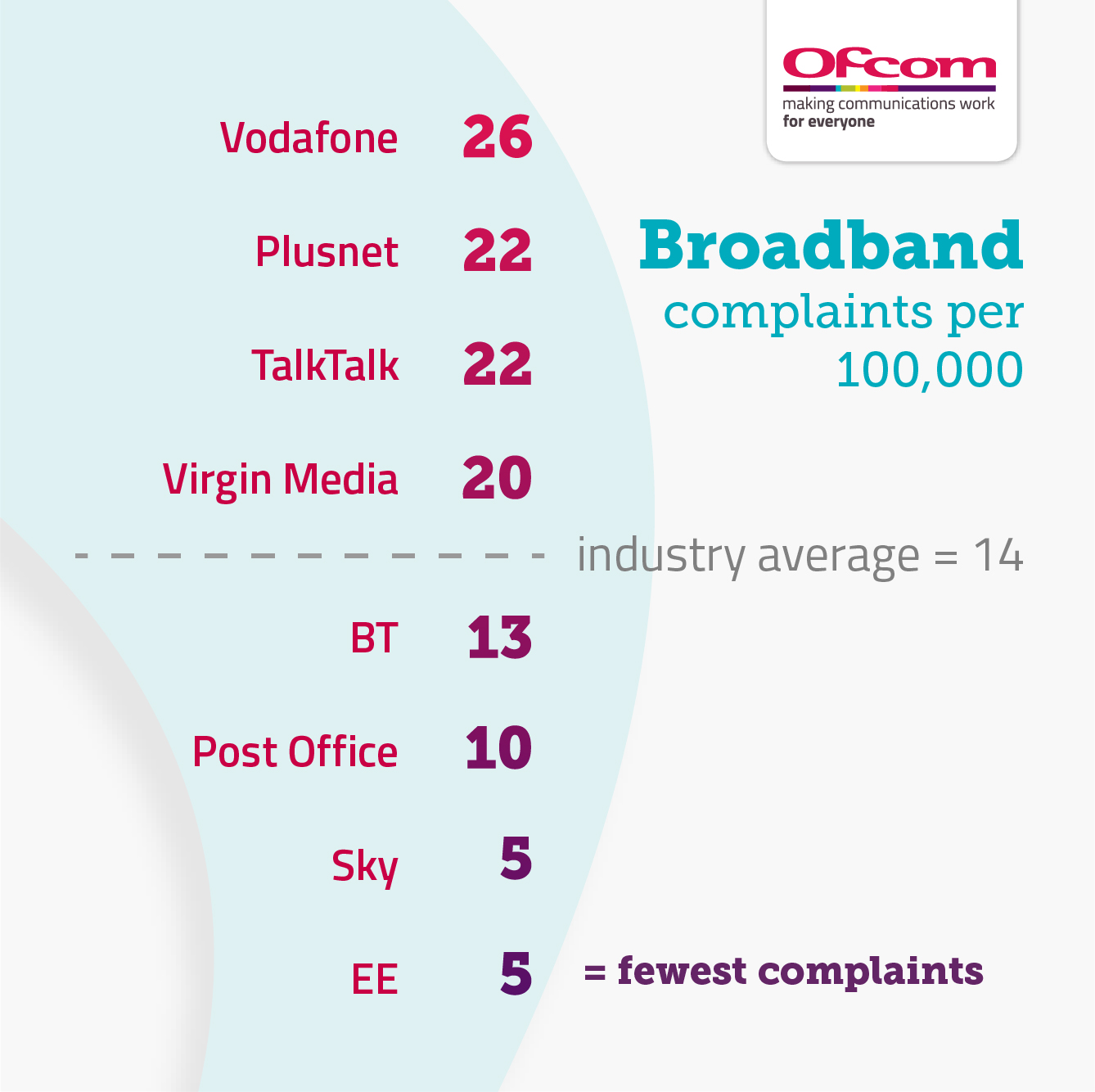 The actual measurable difference between the following fixed broadband providers’ number of complaints per 100,000 customers was less than one and so their results should be considered comparable: 1. Plusnet and TalkTalk; 2. the industry average and BT; 3. Sky and EE. 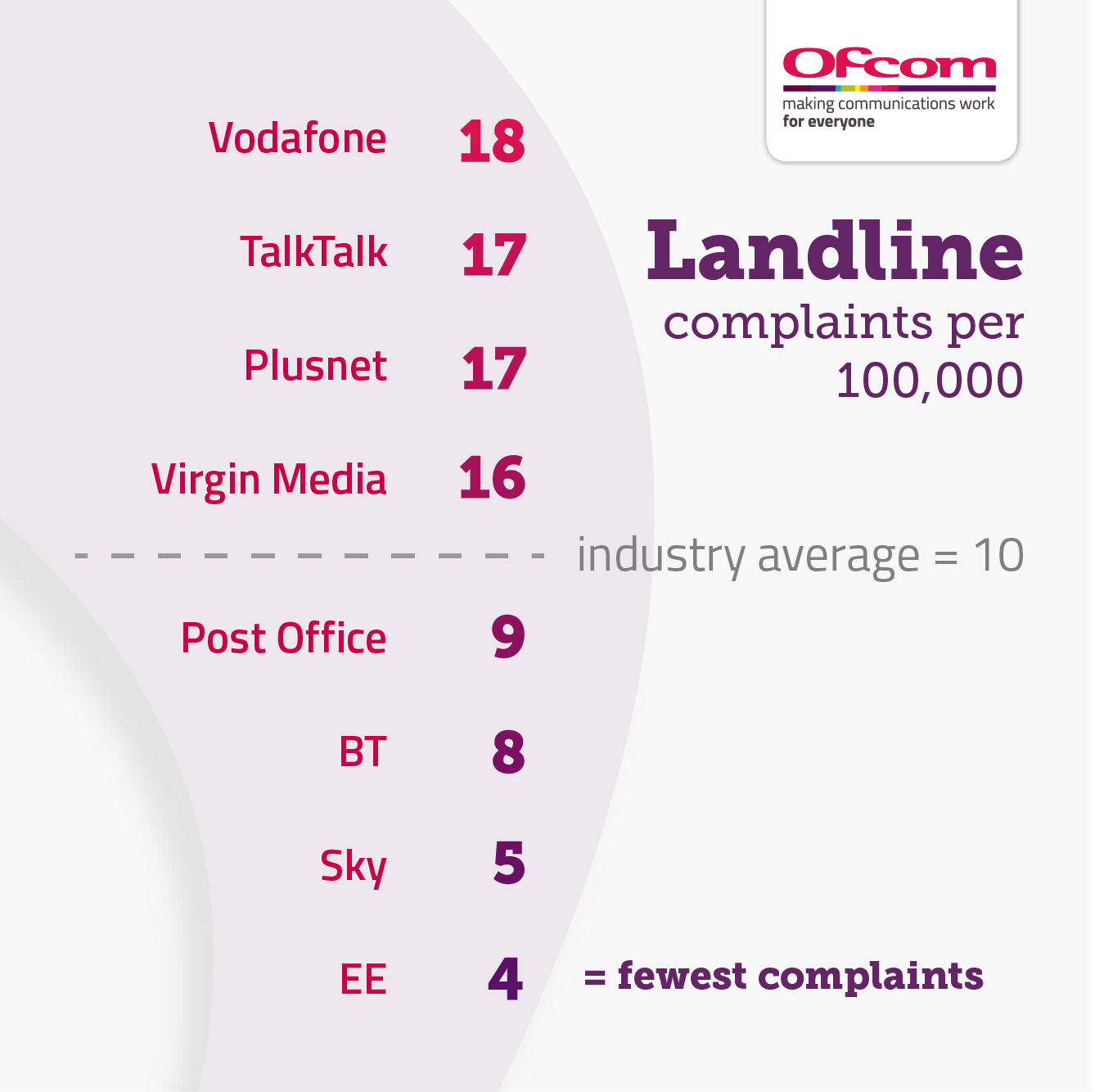 The actual measurable difference between the following landline providers’ number of complaints per 100,000 customers was less than one and so their results should be considered comparable: 1. Vodafone and TalkTalk; TalkTalk and Plusnet; 3. Post Office and BT; Sky and EE. The actual measurable difference between the following pay-monthly mobile providers’ number of complaints per 100,000 customers was less than one and so their results should be considered comparable: 1. Vodafone and Virgin Mobile; 2. BT Mobile and Sky Mobile; 3. Sky Mobile, Three, the industry average, and iD Mobile; 4. the industry average, iD Mobile, and O2; 5. O2 and EE. The measurable difference between BT and TalkTalk’s pay TV complaints per 100,000 subscribers was less than one, so their results should be considered comparable.

Ofcom has appointed Sachin Jogia from Amazon as its new Chief Technology Officer.

Telecoms firms need to go further in tackling customer service problems, despite the support they offered during the pandemic, Ofcom has found.

Ofcom yesterday announced the final results of the auction for spectrum in the 700 MHz and 3.6-3.8 GHz bands, following completion of the remaining stages.