Leicestershire Army Reservists in the fight against COVID-19

Private Ollie Wilson (21) and Jack Bramford (26), who both parade at the Leicester based Army Reserve unit in Ulverscroft Road, volunteered to serve on Operation ROSE.

Since the advent of the Kent strain of Coronavirus, all those crossing the Channel to mainland Europe are required to be tested for the virus. So, it was to the military that the government initially turned to support the massive logistical challenge of testing and registering the tens of thousands of lorry drivers that pass through the Channel Tunnel and Port of Dover. Their task to initiate and run several large-scale testing sites in Kent to be handed over to civilian contractors as early as possible. 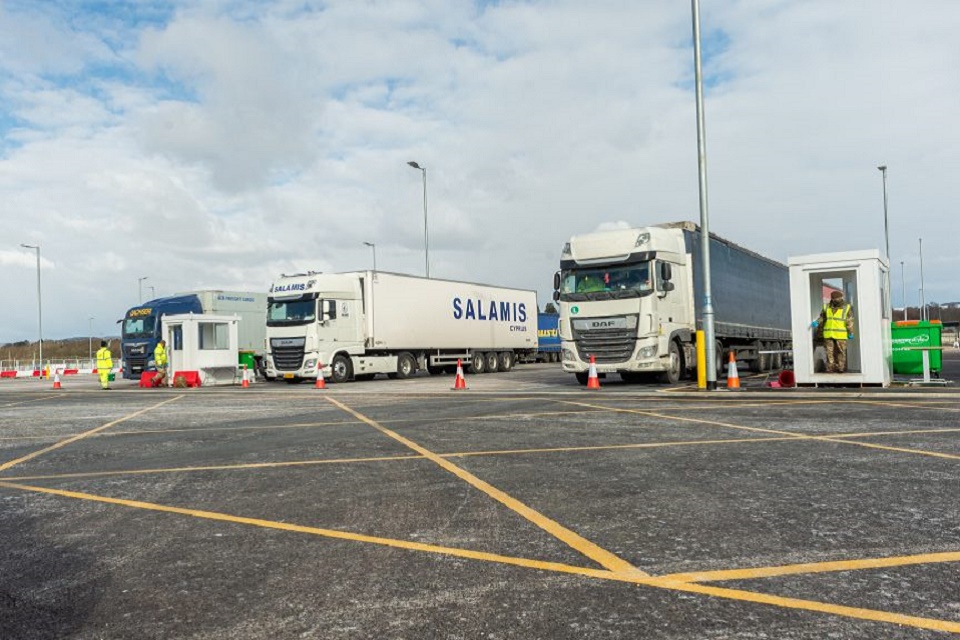 To help in this mammoth undertaking, the troops on the ground have been supplemented with Army Reservists drawn from several regiments and battalions nationwide that included 3rd Battalion, The Royal Anglian Regiment.

The troops had to instruct the lorry drivers on how to conduct the COVID-19 lateral flow test. This involves preparing a phial of solution, demonstrating the taking of swab samples from both the back of the throat and each nostril. Showing how to combine the solution and sample, and then the actual method of dripping the solution onto the indicator and reading the outcome of the results.

These Leicester Army Reserve soldiers have deployed to the Inland Border Facility, a huge purpose-designed expanse located at Sevington just outside Ashford in Kent. It was constructed as a border control point for the checking of lorry documentation following Brexit and is being utilised as a location at which to ensure every driver has tested negative before heading on to the channel ports.

Private Ollie Wilson (21), has spent 18 months with No 2 Company of the 3rd Battalion. He is using his time in the Army Reserves to gain valuable experience as he is looking to join the regulars and sign up with the ‘Poachers’ – the 2nd Battalion, The Royal Anglian Regiment. In doing so he’ll be following something of a family tradition as his grandfather served in the Royal Leicester Regiment.

Speaking of his time deployed on Operation ROSE, Ollie said:

To be honest I was getting bored with lockdown and I really felt an urge to do my bit. It’s great to do something different – the biggest challenge is the long days on your feet. It’s a good feeling to get your boots off at the end of a shift. We’ve had some pretty cold weather and the wind chill has brought temperatures down to -8 degrees. It was one of those icy bitter winds you couldn’t hide from, so it’s a case of just putting on more layers. 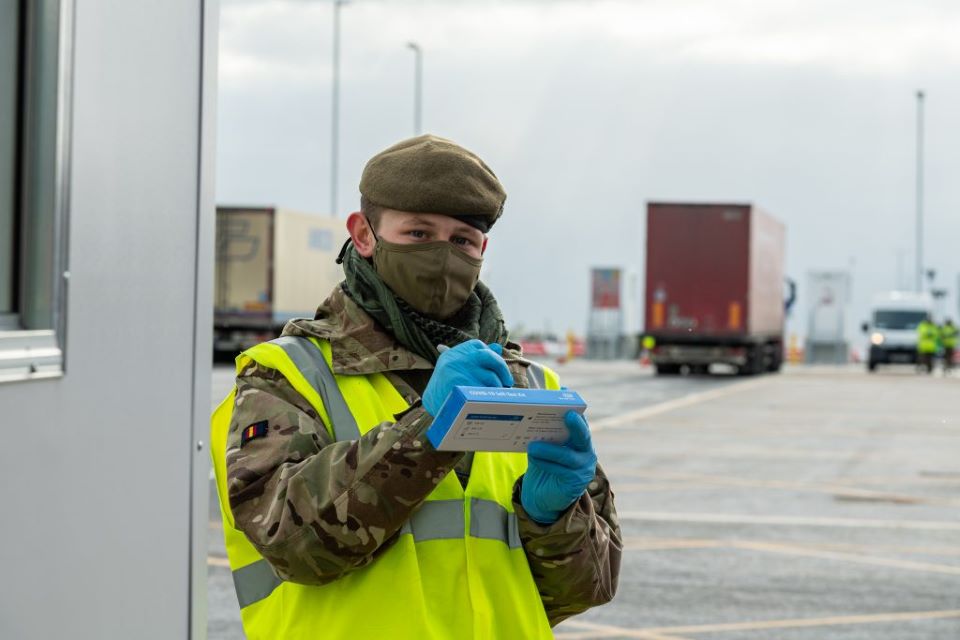 Fellow Reservist Soldier, Private Jack Bramfield (26), who lives in the city centre and was brought up in Leicester, is a Senior Lettings Negotiator in Clarendon Park in his civilian life. The former pupil from Beauchamp College joined the Army Reserves 4 years ago, and in his own words:

I joined to escape the day-to-day humdrum of work-life and I wanted to experience new challenges.

He has certainly managed that; taking full advantage of the adventurous training opportunities open to him, he tried his hand at skydiving in Cyprus in 2019 and enjoyed skiing in Austria.

Battling the weather and the language barriers

Explaining what it has been like over the past weeks on Operation ROSE, Jack said:

I think the biggest challenge has been the weather and the language barrier, but we’ve found some novel ideas for overcoming that with a selection of strange hand signals and translator apps on our phones.

I have really enjoyed this deployment so far, it’s been great to work alongside friends I haven’t seen for ages because of the lockdown.

The troops work around the clock operating a 2 twelve-hour shift pattern. Each day the troops at the Sevington site have processed some 600 to 700 lorries and across the other sites in Kent, that figure rises to over 2500 per day.

Despite having to endure working in sub-zero temperatures as Storm Darcy’s arctic blast swept across the south-east, many of the soldiers said their biggest challenge was having to communicate to so many differing nationalities. They also revealed it provided the greatest amusement to both them and the lorry drivers. With a combination of improvised sign language and a selection of pre-loaded images on their smartphones, they managed to explain their way through the testing procedure.

The military are now in the process of training up their civilian counterparts who are expected to take over the running of the site.

The Reserve Forces’ and Cadets’ Association (RFCA) for Wales welcomed more than 130 guests to its Annual Briefing.

The British Army has unveiled ‘Future Soldier’, its most radical transformation programme in over 20 years.

The new squadron will deliver training to British and Qatari pilots.