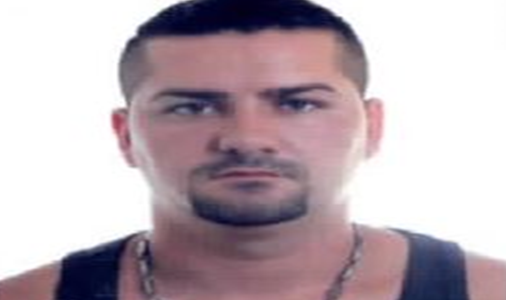 Nearly 300 fugitives have been arrested in the UK during lockdown including an alleged child sex abuser, a rapist and a modern slavery and human trafficking (MSHT) money-man.

Between 8 April and 26 June, 297 wanted fugitives were arrested in the UK on European Arrest Warrants after a crackdown led by the National Crime Agency.

To ensure the country’s hunt for fugitives continued during lockdown the Agency launched Operation Suricate – using its International Crime Bureau (ICB) and Extradition Team to ramp up intelligence work to locate offenders and help set up force colleagues to conduct arrests.

Arrests included Arshid Ali Khan, 38, who was wanted in the Netherlands for allegedly sexually abusing a child and making threats to kill; and Romanian national Constantin Adrian Postelnicu, 28, wanted by the Italian authorities for the alleged sexual exploitation of adults.

NCA investigators conducted financial checks on Khan – who had been on the run for six years - which put him at an address in Leicester. The case was disseminated to Leicestershire Police who arrested him in April and he was removed from the UK in June.

The NCA also advanced some financial intelligence which indicated Postelnicu was in Staffordshire. The case was passed to the local force who arrested him.

Work between the NCA and policing partners also resulted in the capture of alleged rapist Stephen Bullman, 60.

British national Bullman was wanted in Dublin over a 2001 sex attack.

Existing intelligence suggested he was living in Cumbria.

But NCA investigators discovered he was actually in Chelmsford, Essex. The ICB team disseminated the job to Essex Police and he was arrested within 24 hours.

Afghan national Jafar Mohammad, 40, was wanted on a European Arrest Warrant issued by Germany in January 2018 for human trafficking and organised immigration offences.

Mohammad is said to have run a money exchange bureau in Greece where illegal immigrants’ money was moved to people smugglers’ accounts.

He is part of a wider organised crime group that ran a mass facilitation from Greece throughout Europe between January and May 2018, it is claimed.

The NCA’s SEER team (specialist entry and evidence recovery) arrested him at an address in Hanwell, west London.

Of the 297 arrested, 52 fugitives have been extradited so far.

“We’re very proud of identifying and helping to remove very dangerous offenders from the UK and returning them to face justice.

“At a time when UK law enforcement was responding to changes in demand because of the coronavirus, the NCA went into overdrive in its fugitives work.”

“Some of the most dangerous criminals have been taken off our streets by this joined up law enforcement action.

“It shows once again the great results we can achieve, even during periods of strain, and sends a clear message to anyone causing harm in our communities – there is nowhere to hide.”

Eight people have been arrested as part of a National Crime Agency operation targeting a suspected network of cash couriers responsible for laundering more than £50 million in criminal profits.