MEPs sent the Commission back to the drawing board after member states watered down draft measures to protect bees. 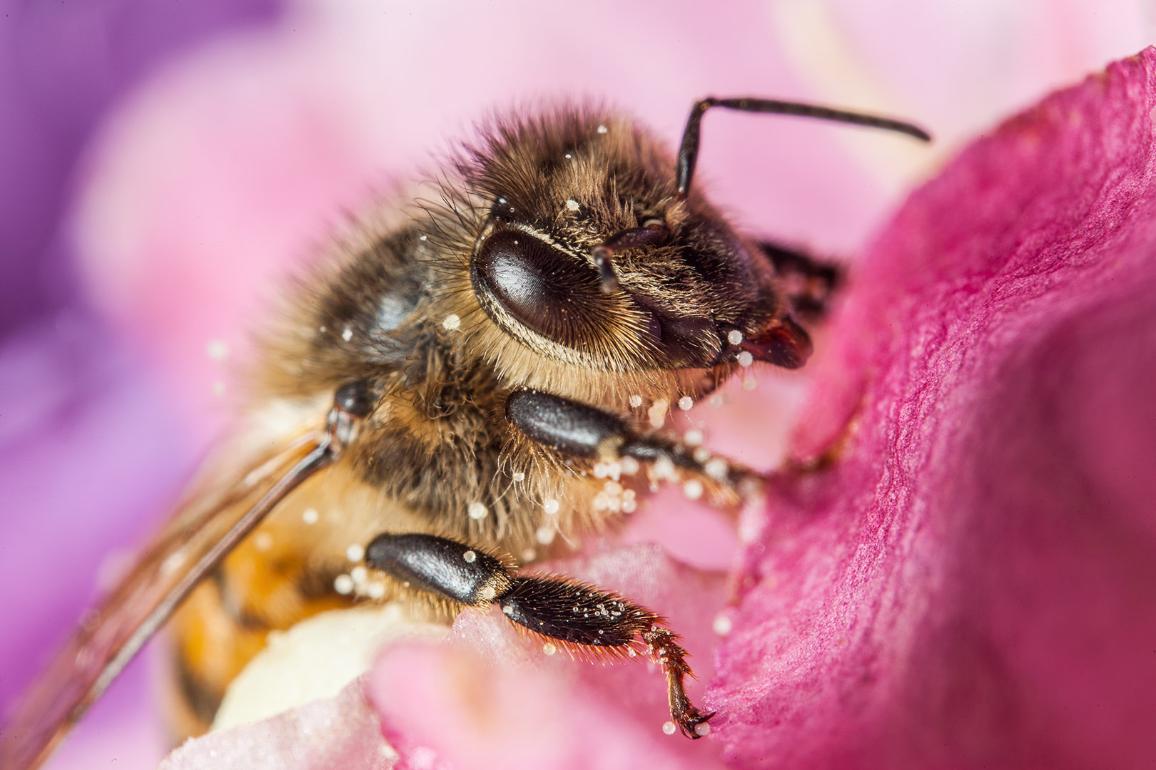 The European Commission’s draft proposal was intended to incorporate into EU law the European Food Safety Authority’s (EFSA) 2013 guidance to cut the use of pesticides that harm bees. The guidance indicated how pesticides should be tested, in order to protect bees from both acute and chronic exposure. Pesticides would remain available on the market only if they pass these new tests.

However, most EU member states opposed the provisions, forcing the Commission into a compromise to keep on board only provisions that protect bees against acute exposure.

“It is unacceptable that Member States oppose the full implementation of the 2013 EFSA bee guidance”, says a Parliamentary resolution adopted on Wednesday. The draft “only introduces modifications (...) with regard to acute toxicity to honeybees, but remains silent on chronic toxicity to honeybees, as well as on toxicity to bumble bees and solitary bees”. Moreover, the Commission’s text “does not represent the most recent developments in scientific and technical knowledge” and “would not change the level of protection” already in place, says the text.

MEPs also stress that the European Commission should not have given in and should have made full use of its powers, as the 16 member states impeding the application of the protection criteria did not form a qualified majority.

The resolution therefore calls on the Commission to table new legislation based on the latest scientific and technical knowledge.

"By opposing evaluation criteria which are far too weak given the danger that pesticides pose to bees, we wanted to ask a simple question: are we serious about protecting the environment? Are we serious about protecting living organisms? Are we serious about the Green Deal?” said Environment Committee Chair Pascal Canfin (Renew, FR). “The result is very clear: thanks to our mobilisation, a very large majority of the European Parliament did not want watered-down legislation on the protection of bees. We are now asking the Commission to review its text, and to present us with legislation that eliminates pesticides that pose the greatest danger to pollinators”, he added.

Parliament blocked the Commission proposal by adopting the resolution with an absolute majority of its members, with 533 votes to 67 and 100 abstentions. The European Commission now has to submit a new proposal.

Members highlight that according to the Commission, there is a “dramatic decline in the occurrence and diversity of all kinds of European wild insect pollinators, including wild bees, hoverflies, butterflies and moths. Numerous pollinator species are extinct or threatened with extinction”.

In the EU alone, around 84 % of crop species and 78 % of wild flower species depend, at least in part, on animal pollination. Up to almost EUR 15 billion of the EU’s annual agricultural output is directly attributed to insect pollinators.

The European Commission recently (27 March 2020) proposed to make €75 million from the EU budget available to help Member States repatriate EU nationals and to increase the budget of the RescEU medical stockpile.

Notwithstanding the absence of a contract between that passenger and the carrier, such an action comes within ‘matters relating to a contract’ within the meaning of the regulation on jurisdiction, with the result that it may be brought before the courts of the place of supply of the air carriage service.

It is not sufficient for an agreement to refer, with respect to mandatory information the communication of which to the consumer determines when the withdrawal period starts to run, to a provision of national law that itself refers to other provisions of national law.

The European Environment Agency’s (EEA) data confirm large decreases in air pollutant concentrations – of nitrogen dioxide (NO2) concentrations in particular – largely due to reduced traffic and other activities, especially in major cities under lockdown measures. Reductions of around half have been seen in some locations. The EEA’s data are measured hourly, on the ground, at about 3,000 monitoring stations across European countries.

MEPs will vote to make €37 billion from EU structural funds available to EU countries to tackle the coronavirus crisis during the plenary session on 26 March.

I would firstly like to thank all those of you who have made this extraordinary session possible under such exceptional circumstances.

Coronavirus puts women in the frontline

In Europe, we are all adjusting to new ways of living because of the effects of the coronavirus.

The European Securities and Markets Authority (ESMA), the EU’s securities markets regulator, has issued a Public Statement on some accounting implications of the economic support and relief measures adopted by EU Member States in response to the COVID-19 outbreak.

The European Commission has prolonged for another four years the regulation outlining the conditions under which liner shipping consortia can provide joint services without infringing EU antitrust rules that prohibit anticompetitive agreements between companies.

Remarks by Commissioner Gentiloni at the Eurogroup press conference

In the eight days since our last meeting, the seriousness of the outbreak has become clear to all of our citizens.