Management by the team, not the managers 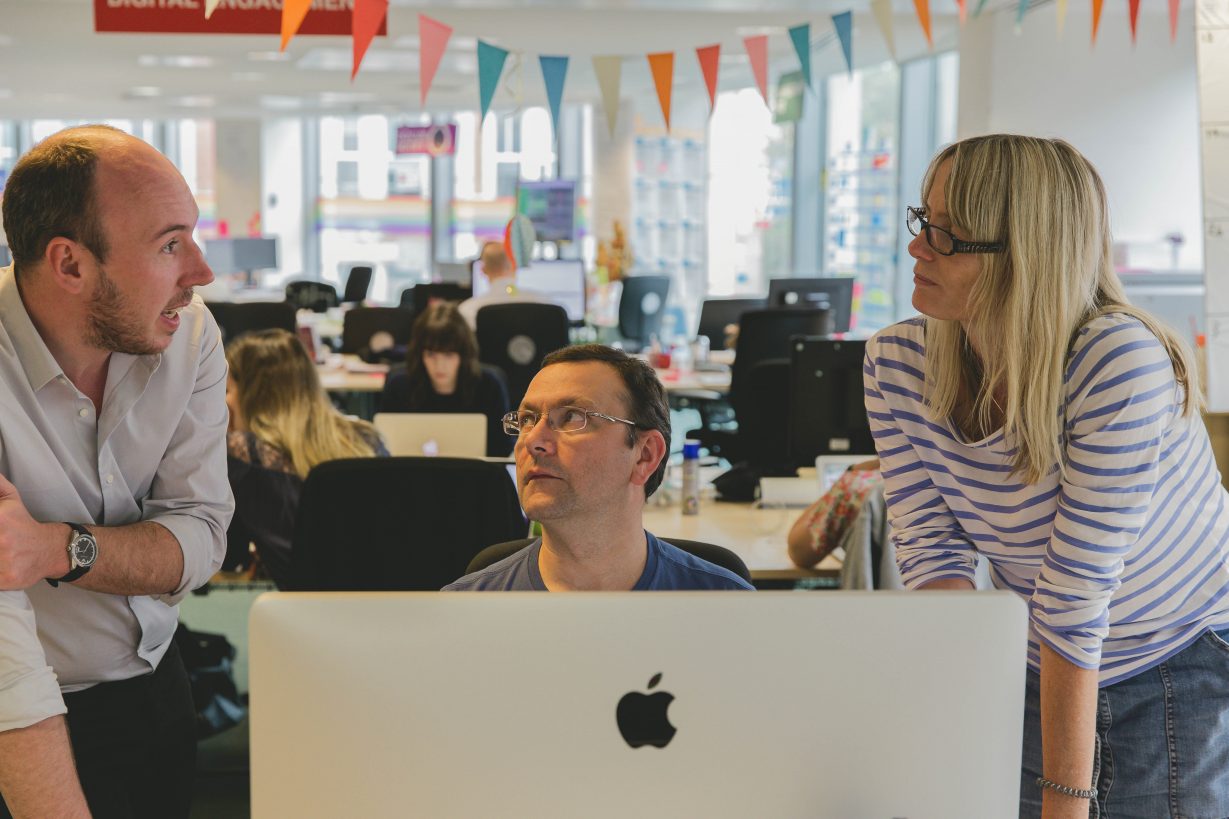 When we created the People Board, we said it had been set up to "make GDS a better place to work".

By way of a quick recap, the Board is a small group of people who are:

One of the things we realised from the start was that we didn't know enough about the things that people were bothered about. So we did some research, and ran a series of workshops with people from all over GDS to understand what their priorities were.

Another thing we realised pretty quickly was that we needed simple ways for people to get in touch with us with ideas, suggestions and (occasionally) complaints. We set up an email account and a Slack channel, but found that whiteboards on the walls were by far the most popular way to raise issues.

The whiteboards can be a bit unruly at times, and hilarious at others. They are inspiring places for collaborative communication - on more than one occasion, someone has asked a question on the whiteboard and someone else has scribbled the answer underneath. People add "+1" to things they support. The People Board boards (as we've started calling them) are a good way for people to share ideas, raise issues in an informal way, and sometimes vent frustration about things that aren't working well.

Members of the People Board take turns to do a bit of whiteboard maintenance in between our monthly meetings. That means taking photos of the boards, wiping them clean, and making sure that all the actionable things people have written on them are turned into new cards on our Trello board. (Yes. Another lowercase board. Sorry.)

We use Trello to manage our workflow. Each card represents an idea, suggestion or problem that the Board has been asked to deal with or think about. We move cards into an "agenda" column and use that as the basis for our next meeting. 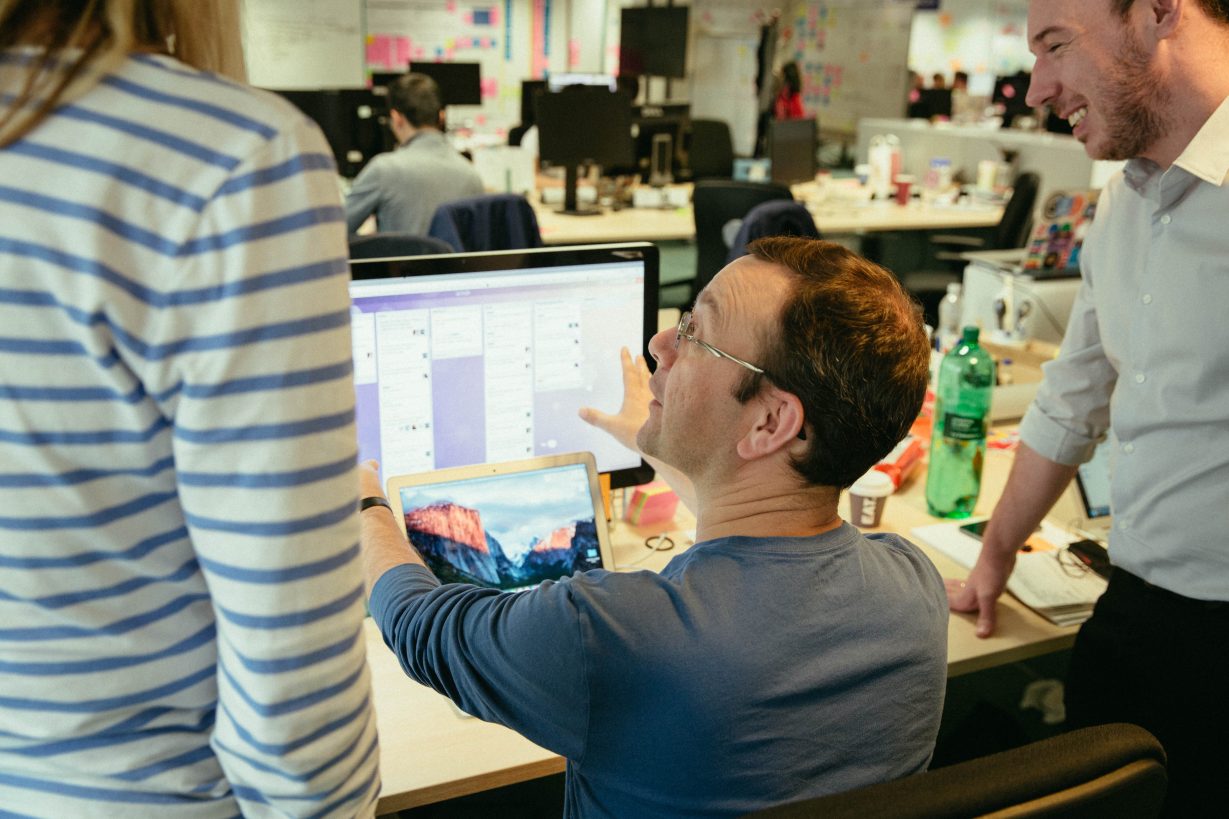 All the members of the Board are elected by their colleagues in GDS, and they all have plenty enough work to do already. At the meetings, their job is to consider the ideas and suggestions that have come in, and decide: “will this make GDS a better place to work?” If we reach a consensus on "yes", we then think about who in the organisation is best placed to make that thing happen.

As a result, we've formed good connections with the Estates Team who look after the building we work in, and the People Team who handle all the the HR stuff.

Some of those little things are quite sensitive. Some of the issues people raise with us are very specific to those individuals. In those circumstances, a member of the Board usually volunteers to have a private conversation with the person concerned, and makes sure they get the help they need from the right people.

Not everything gets done quickly. Tackling diversity and raising awareness about it is something we've been looking at since our very first meeting, but none of us would claim that we've "done" that task. Nonetheless, it remains on our Trello board because making GDS more diverse is one of the things that makes it a better place to work, so the People Board continues to support it.

How to set up your own People Board

The most important thing that needs to happen isn't announcing that you'll have a Board, or running the elections to find members for it. Rather, it's giving that Board a mandate to change things.

So if you want to create a People Board in your organisation, that's the vital first step: give the Board a mandate. Let it decide how it runs itself. Let it make decisions, and trust those decisions. Refresh it with new members now and again (since we set up our Board, about a third of the original members have stepped down to make way for new ones).

What it all means

Having a People Board is not a way for management to avoid day-to-day problems, because some of the things that the People Board encounters are bumped up to them to deal with anyway.

It's not a way for individuals to wield power either, because the Board discusses everything as a group and aims to reach consensus.

It's something else. Our former boss summed it up like this: "It's management by the team, not the managers."

Yeah, that's pretty much it.

The Solicitor thanked them for their vital contributions.

GAD has published its Annual Report and Accounts for the 2021 to 2022 financial year. The report sets out the main projects and successes of the year.

UK and Japan strengthen cooperation in the area of digital government

On Monday 31 October 2022, the UK and Japan signed a Memorandum of Cooperation (MoC) to deepen ties on digital government transformation.

Making it easy to create and publish digital forms on GOV.UK

An update on One Login for Government

Our mission to build one fast, simple and secure way for people to access government services is both relatively straightforward, and hugely complex.

How rewriting text messages can help services to save money

Why we’ve decided to decommission GOV.UK PaaS (Platform as a Service)

GDS is committed to supporting and building platform products that make it simpler, easier and faster for other parts of government to build good digital services. This means continuing to invest in GOV.UK Notify, GOV.UK Pay, the GOV.UK Design System, and the Prototype Kit, as well as building new platforms like the new GOV.UK Forms product.