Managing flexibility in your project schedule 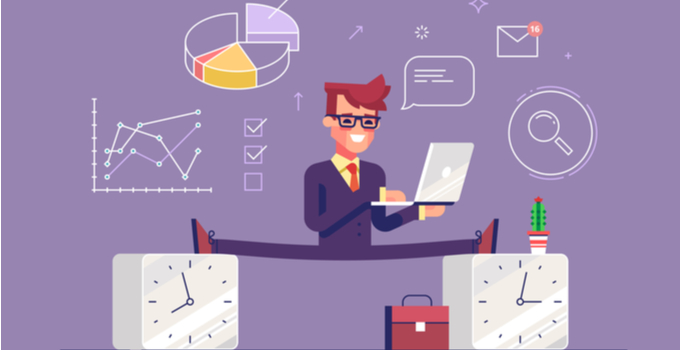 Every project should start with a clearly defined schedule showing when certain tasks start and finish, and when milestone stages and the final deliverable are due to be completed. However, many, if not most, projects do not evolve according to the initial schedule. The result is that the schedule has to be adjusted to reflect the new reality as the project progresses. And that’s fine – nobody wants to manage a project rigidly sticking to a plan that has clearly become unworkable. Project schedules need some flexibility but the question is how best to manage that? And is there a point where there has been so much adjustment to the schedule that the whole project itself needs revisiting?

Planning a project requires individual tasks to be defined and, possibly, structured into phases. Estimates need to be obtained for each task, and dependencies between tasks need to be identified to establish the order in which they are executed. This list of tasks, estimates and inter-dependencies forms the backbone of the project schedule even before dates are added. However, when dates and deadlines are added we, obviously, introduce risks to completing the project according to the plan.

In an ideal world we might create a schedule where only the first task had a start date and all subsequent tasks depended on its predecessors. That way any under or over-run of task durations could be accommodated within this idealistic, but easily scalable, project schedule. The realities of business, however, require that deadline dates are set. Nevertheless, a project manager can exert some influence over those deadlines.

Because most projects are far from perfect there will be situations when it is impossible to stick to the project schedule without something giving. So project managers negotiate with sponsors and stakeholders to reduce the scope of the deliverable or obtain more resources in order to meet an immoveable deadline.

Yet if they were to influence that deadline from the outset, instead of allowing it to be imposed because of commercial or other reasons, then that would increase the chance of the deadline being achievable - with a deliverable that meets requirements. The first aim, then, before finalising the initial schedule is to ensure that everyone involved truly agrees that it is possible to meet the deadline, and that the project manager isn’t pressured into agreeing to unrealistic deadlines.

Still, subsequent events can mean the initially realistic schedule becomes unfeasible. Some tasks may have taken considerably longer than estimated, some hit a stumbling block and can’t be completed at all (especially where new technology is concerned). Or the project could be put on hold for various reasons: lack of resources, a financial crisis, a global pandemic. What now? Effort and attention need to be given to reassessing the viability of the project.

Re-assessing the viability of the project

There are only so many adjustments to a project schedule that can be made before they put the viability of the whole project at risk. What if scope is so reduced that the final deliverable doesn’t meet the defined requirements? What if the necessary additional resources are unavailable or additional resources fail to resolve the issues?

There is almost always a solution to a project that has gone off track but project managers should think carefully about whether it’s worth spending the extra time, effort and money needed to bring it back on course. It takes experience to recognise when to pull the plug on a project and courage to do so.

Project schedules, clearly, should be flexible to a certain degree, and are more likely to be able to accommodate changes if the initial deadlines are realistic. But if, as can happen on the best planned projects, unexpected events knock the whole plan off course, then project managers need to be prepared to re-assess the project and take the potentially tough decision to advise cancelling it.

Paul Naybour is the Business Development Director for Parallel Project Training. He is a well-known speaker in the APM Branch Network, a Project Management Trainer and Consultant. He is also one of the voices behind the popular series of APM PMQ podcasts.

A new survey by Association for Project Management (APM) reveals the impact of recent economic events in the UK and the cost of living crisis on projects and the people who deliver them.

The war in Ukraine has highlighted an uncomfortable truth. Our world is becoming increasingly Volatile, Uncertain, Complex and Ambiguous (VUCA).

It was a night to remember for the project profession, at the APM project Management Awards 2022.

To mark International Men’s Day on 19 November, Association for Project Management has released new data that reveals what male project professionals think is important for delivering a successful project, as well as opportunities and challenges in store for the profession.

Chancellor puts projects at the forefront of Budget growth priorities

Association for Project Management (APM) has welcomed announcements around energy, infrastructure and innovation in the UK Government’s latest budget, which will put projects in these areas at the forefront of driving economic growth.

Association for Project Management (APM) was delighted to host an exclusive roundtable event for the life science sector which took place in November at the Institute of Directors in London.

All project stakeholders have different needs

All project stakeholders have different needs, objectives, responsibilities and priorities. For many project managers it can often come as a surprise to realise that, for any number of reasons (personal or professional), some of their stakeholders may not be as co-operative and helpful as they expected or hoped for.