Eunice Olumide MBE, founder of the ADB Support Foundation, discusses the charity set up to tackle the disparities suffered by the Black and Afro-Caribbean community. 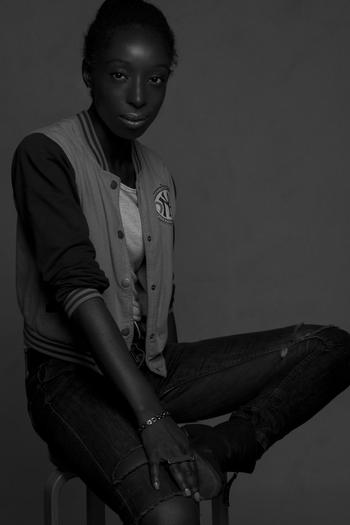 What is the ADB Support Foundation and what does it do?

Why did you found the ADB Support Foundation?

The economic, health and social impact of Covid-19 has exacerbated the situation od Afro-Caribbean communities, particularly in Lambeth. We can see that there are lots of organisations trying to do good, especially in response to the recent events of the BLM movement, however they often lack ties to the community and the authenticity and trust that is required to effectively carry out their initiatives. It’s also crucial to prevent a vicious cycle of reliance. Instead we should foster ownership, independence and delf-determination.  We have to also accept that the best way to resolve these inequalities is known by the community.

What are the unique struggles facing the Black/Afro-Caribbean community in Lambeth?

Black people have a long history of oppression by Western European countries like the UK. More recently, in the 1940s and 1950s, we have seen this manifest in the discrimination faced by the Windrush Generation. This was the name given to the vast number of immigrants who arrived in Britain from the West Indies and settled in Brixton, transforming the area into a place of immense vibrancy and multi-culturalism. However, since their arrival, the Afro-Caribbean community have suffered serious marginalisation and inequality. From the racist police tactics used against Black communities during the 1970s and 1980s, such as the ‘SUS Law’, to unemployment disproportionately affecting young black men, racism affected the Black community in all aspects of life and still does so to this day. The economic disparities have passed through generations and filtered into health disparities – a problem which has been made clear by Covid-19 – as well as inequalities in education levels.

One of the most significant consequences has been around property ownership and the consequential wealth divide. Less than one third of Black households own their homes outright or have a mortgage whereas this increases to two-thirds with White households and 58% with Asian. Going back to the 70s and 80s the introduction of right-to-buy boosted ownership among white working-class families, however rules on council housing precluded those from ethnic minorities. This has had a cross generational impact, affecting many in the Afro-Caribbean community in Lambeth today.

Unfortunately, that discriminatory regulation was coupled with overt racism, the worst example being seen in the ‘no dogs, no blacks, no Irish’ sign and BME people were pushed into the worst private rented accommodation. This continues – somewhat less overtly – today, for example with the whitewashing of development advertisements in multi-cultural areas. And, in 2013 an undercover BBC investigation discovered that a large number of letting agents complied with demands from landlords that their properties not be leased to Afro-Caribbean people.

In the UK, home ownership is one of the primary ways to accumulate wealth. The lack of Black homeowners therefore leads to a huge inequality in wealth and therefore opportunity. Whilst White and non-Black people have been able to accumulate capital across generations through housing ownership, Black and Afro-Caribbean people, particularly in Lambeth, have been left behind.

What’s more, they face daunting increases in rent – in Brixton house prices increased by 76% between 2006 and 2016 – which they can’t keep up with, particularly as Black people are more likely to be in lower paid work or unemployed. While for many, Brixton has become another town in which those who can afford to are living out their ‘London Dream’, people from BME backgrounds are being forced out of Brixton and in some cases, London entirely.

At the same time, the vibrancy and successes brought to the area by the Afro-Caribbean community is being capitalised on by mostly White and Non-Black landlords and businesses.

With respect to Afro-Caribbean SMEs, they are facing unfair competition from outside commercial interests, threatening the viability of their businesses. Not only do they face higher rent, but we have found examples of Black sole traders being exploited by retailers, who purchase their products and sell them at marked up prices in more expensive locations in Lambeth. POP Brixton an events, food and retail venue – and Built on a site originally intended to celebrate Afro-Caribbean heritage – is a good example of this.

On top of all of this, we have the persistent stereotypes pushed out about Black men and women which marginalises them not only physically but in the way that they are seen. Following this the Brixton borough has traditionally had a quite negative reputation which does not reflect its energetic, comprehensive diverse community.

Overall, the unfair treatment of this community has led to deep distrust especially in institutions, which creates major barriers and hurdles in trying to address the historical disparities with which they suffer.

Why is it so important to address the disparities suffered by the Afro-Caribbean community?

Throughout our history Black people have faced constant assaults on their fundamental rights, liberty and economic opportunities. These latent inequalities must be redressed if we are to ever call ourselves a just, fair and equal society. Even from a pragmatic perspective, it leads to a knock on effect that damages the entire UK economy, missing out on vital talent and diversification which is necessary to compete in all industries on a global scale. There are also damming social and environmental consequences as highlighted in the recent social upheaval triggered by the killing of George Floyd which spread across the world. It also works to completely undermine our international reputation, trust and ability to be seen as partisan.

Why focus on entrepreneurs and business owners?

Unfortunately, when you are in Afro-Caribbean areas of the UK the majority of business are owned and run by White and non-Black people. In Lambeth there is a difference of 21% between the Afro-Caribbean population (30%) and the percentage of Black people who own businesses (9%).

This all serves to create insecurity as well as a lack of trust within the community. It also means that often the products sold do not always suit social, health or business needs of the community, coupled with the reality that many of the employees taken on do not reflect the people who use their facilities.

By focusing on entrepreneurs and businesses it means that we can help to create a strong Afro-Caribbean economic base and platform which is uniquely missing here in the UK. Entrepreneurs and business owners are the change makers in communities and the key stakeholders. This means that black ethnic minorities can support themselves as well as their own communities who they understand far more than anyone else.

Why Afro-Caribbean entrepreneurs don’t reflect the broader population is partly for reasons I previously mentioned. One such reason is that there is a lack of knowledge and education about the wider financial system.

Significantly, Afro-Caribbean people suffer a wealth inequality, largely due to lack of home ownership, that suppresses opportunities for Black people trying to start out on their own. You can see this problem being a major bottleneck, for example in getting loans, for so many of the entrepreneurs that the ADB works with. According to a 2016 survey commissioned by UK Finance carried out by research firm BDRC Continental, some 73 per cent of Afro-Caribbean or black-owned businesses had a higher than average risk rating since black-owned businesses were more likely to lack savings and collateral, and to have poor credit worthiness, all of which leading to an incapacity for sustainability or growth.

There’s also major distrust that comes from the persistent marginalisation and shutting out of the Afro-Caribbean community which also discourages enterprising behaviour. For example, there are major fears around the idea of borrowing from banks and big institutions. Clearly the problems of inequality seep into opportunities for enterprise, severely limiting confidence and the paths to economic for individuals and the community as a whole. But we can change that.

By supplying Black entrepreneurs with the capital and resources that have unjustly been denied to them, we are able to help solve inequality in a long-lasting way that facilitates the self-determination of the Afro-Caribbean community. Through supporting the ingenuity and understanding of key stakeholders and entrepreneurs in the community we hope to create structural change that permeates throughout the community whilst empowering them to decide their own future. This economic platform is crucial to help address the other areas into which inequality has seeped.

I should also say that this support is needed now more than ever since the impact of Covid-19 those businesses owned by BME are being omitted from the government’s Future Funds programme, which is essential in ensuring that businesses to recover from the pandemic, with white businesses receiving the lion share of funding.

How are helping and how can tech get involved?

The invention and distribution of Tech has been a foundational in reducing inequalities worldwide. From the democratisation of information to new job opportunities to the organisation of politically progressive movements to improvements in health and quality of life.

However, many of the business owners and entrepreneurs we work with are disproportionately lagging behind technologically, often having outdated equipment due to poor access and lack of capital.

The ADB sees Tech companies as crucial partners in spearheading initiatives that can support the change makers in Black and Afro-Caribbean communities. They are in a position to level the playing field by providing the financial and technological support and expertise our entrepreneurs need to grow their businesses and benefit their community.

We want to work with them to find ways that their businesses, products and services can offer inventive solutions to the problems they face.

A good example is our partnership with Doctor Care Anywhere, an online healthcare service which has helped entrepreneurs give access to free healthcare for them, their employees and families. This not only helps with business operations but improves quality of life through offering a service that would otherwise be unknown and unavailable to them.

Whether it’s offering discounts or donating your products and services, creating employee mentoring programmes, or funding or formulating comprehensive initiatives at scale that affect whole communities, there’s many ways that Tech can be at the forefront in progressing technology.

Get in touch with Eunice Olumide or Matthew Bird, Fundraising, Partnerships and Marketing, Addvert.

£3m to fund new wave of Artificial Intelligence for the Military

Following the recent launch of a new Code of Practice for collaboration, techUK and Defence Digital are delighted to share a joint list of MOD and industry signatories to the code.

The UK's communications regulator Ofcom has published a new report, Technology Futures, that shines a spotlight on the innovative, emerging technologies that could shape the communications industry in the future.

Summary of day one at techUK's Digital Ethics Summit 2020.

techUK is aiming to kick-off 2021 in style with the release of a landmark report ‘Unlocking value across the UK’s digital twin ecosystem’.

The Government has launched a new campaign to help more people boost their skills from home, support their mental wellbeing and help build a better working future.