Two suspected small boat people smugglers tracked down in the UK by the National Crime Agency have been extradited to face trial.

Kaiwan Poore, a 37-year-old Iranian-born UK national, was yesterday (28 July) handed over to the French authorities. He was detained by police at Manchester Airport earlier this month before he could take a flight to Turkey.

French prosecutors accuse Poore of being part of an organised crime network involved in people smuggling. Following his extradition he will be taken into custody by prosecuting authorities in Lille to face trial.

His departure follows the extradition recently (27 July) of Hewa Rahimpur, aged 29 and originally from Iran, who was handed to Belgian police after agreeing to his extradition at a hearing at Westminster Magistrates court on Friday 15 July.

Belgian prosecutors suspect Rahimpur, pictured being arrested by the NCA in east London in May below, is a leading member of a crime group allegedly responsible for the transport of thousands of migrants from the northern French coast in flimsy dinghies. 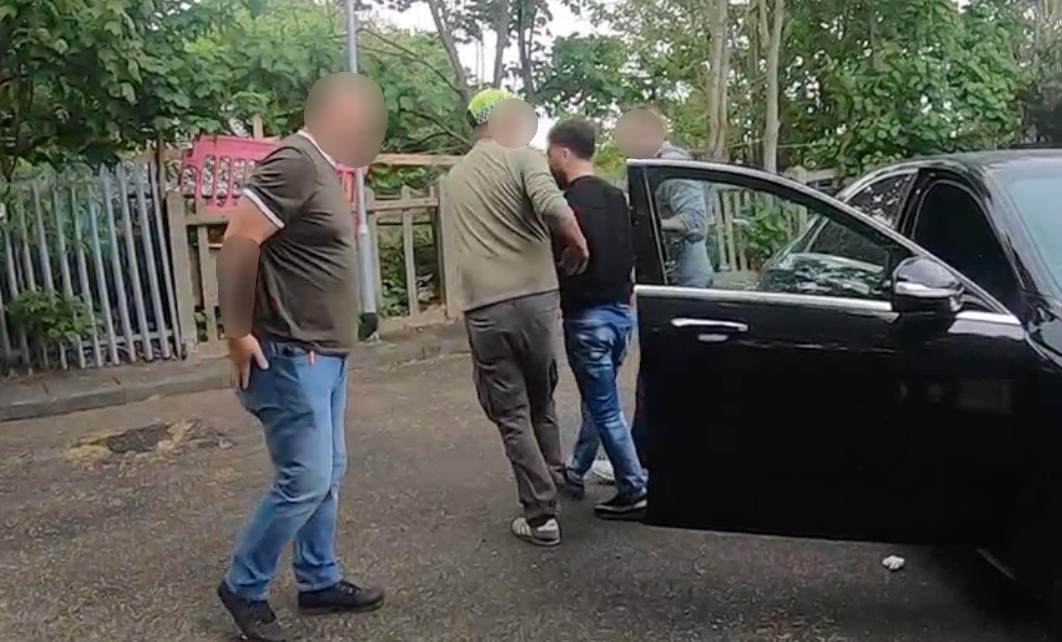 He is accused of involvement in sourcing the boats, then arranging for their movement to the French or Belgian coast where migrants would be put on board.

Both arrests are linked to a major international investigation into small boat people smugglers, headed by the NCA in the UK but also involving law enforcement in France, Germany, Belgium and the Netherlands.

On 5 July a series of raids across Europe saw around 40 people arrested, with dozens of boats and engines seized, along with around 900 lifejackets.

It is thought all were destined to be used to stage dangerous Channel crossings.

Two individuals arrested on suspicion of facilitating illegal immigration in the UK as part of the raids remain on bail pending further enquiries.

“The arrests of these two individuals were crucial to a major international investigation focusing on one of the most prolific crime groups thought to be involved in small boat crossings.

“Where we find these gangs have a UK footprint we are determined to use every tool we have to track them down and bring them to justice.

“People smugglers risk lives by putting people into these flimsy boats – this is why tackling them remains a priority for the NCA and our European partners.”

The investigation has seen the NCA work with law enforcement in Belgium, Germany, France and the Netherlands, as well as Europol and Eurojust.