Defence Minister Mark Lancaster has travelled to the US to reaffirm the historic and enduring defence relationship shared by the two countries ahead of the 75th anniversary of D-Day.

Discussions covered all aspects of the transatlantic defence partnership, including current operations in Europe, the Middle East and Asia, intelligence sharing, nuclear co-operation, defence procurement, and flagship joint programmes like the F-35 programme.

With the anniversary of D-Day just around the corner there is no better time to reflect on our historic and enduring relationship with the US. Our shared values and commitment to global security are as strong now as they were 75 years ago.

More recently we have seen joint action to defeat Daesh, degrade and deter the Syrian regime’s use of chemical weapons, and provide reassurance to allies in Eastern Europe as leaders in NATO. The ability of our two militaries to work hand in glove continues to keep our citizens safe on both sides of the pond.

The US and the UK have the largest defence budgets in the world and in Europe respectively, allowing troops from both countries to train and deploy together every day with cutting-edge technology.

We are together combating terrorism and violent extremism in the Middle East and Africa, maintaining freedom of navigation in the Persian Gulf, providing reassurance to Allies in Europe, delivering training and support to the Ukrainian Armed Forces, undertaking counter-piracy operations off the Horn of Africa, countering the narcotic trade in South America and the Caribbean, and providing nuclear deterrence for NATO. 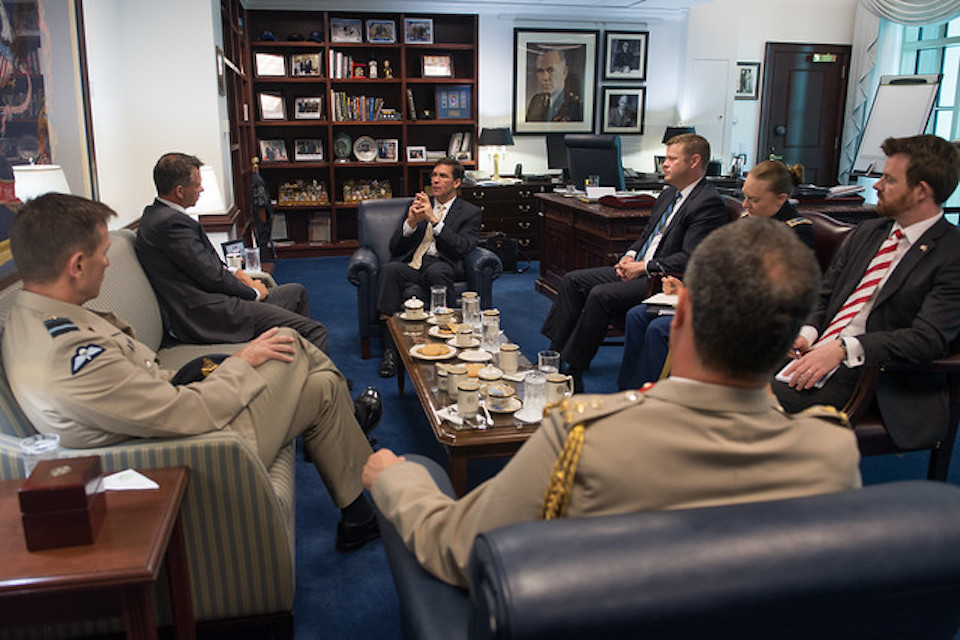 Next week the US President will visit the UK for a State Visit to commemorate the 75th Anniversary of the D-Day landings with events taking place in both Portsmouth and Normandy. The event will pay tribute to the sacrifice of those who fought on D-Day, recognising the unparalleled international cooperation during the Normandy landings.

Nations that took part in Operation Overlord and the D-Day landings alongside the UK have been invited to attend. This includes the US, Canada, France, Australia, New Zealand, Belgium, Poland, Norway, Denmark, Netherlands, Luxembourg, Greece, and Slovakia and the Czech Republic.