Most common ear infections should not be treated with antibiotics, says NICE

NICE is urging GPs to manage most common ear infections with pain relief rather than antibiotics. 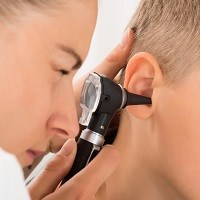 The draft guidance advises GPs and healthcare professionals how they should treat acute otitis media, a middle ear infection that is common in children and young people.

Estimates suggest one in four children experience a middle ear infection before they are 10 years old, and that 60% show signs of improvement (for example being in less pain) within 24 hours, even if they are not given antibiotics.

In light of this, NICE says children and young people should be cared for with pain relief rather than antibiotics.

This clarification about when and how to use antibiotics will assist in the fight against antibiotic resistance, which was recently called the “greatest threat to health” by the World Health Organisation.

Professor Gillian Leng, deputy chief executive and director of health and social care at NICE, said: “We are all too well aware of the dangers we are facing with antibiotic resistance, so it is vital these medicines are only used when they are effective.

“The evidence shows antibiotics are not needed by most children and young people with middle ear infections. We must make sure the people who need them are given them, but routine prescribing in all cases isn’t appropriate.”

The draft guidance says people who have a burst ear drum, or symptoms of a more serious illness may need antibiotics immediately.

It also highlights the possibility of giving someone a back-up prescription so that if their symptoms do not improve, or they worsen, they can collect the antibiotics from a pharmacy without needing to see their GP again.

Stakeholders and members of the public have until Thursday 19 October to comment on NICE’s draft recommendations.