As Joint Forces Command commemorates the 75th anniversary of D-Day, Liz O’Connell of the Defence Academy reflects on her own personal connection to D-Day.

Liz O’Connell is one of many civil servants who work at the Defence Academy their place of work, being an integral part of the Defence Leadership Centre. As a Trainer, Liz is responsible for delivering Equality, Diversity and Inclusion training to civilian staff, as well as service personnel from all three military single services – the Royal Navy, British Army, and Royal Air Force.

Awarded an Afghan Civilian Medal in 2013, she completed a year tour in Kabul, Afghanistan, as a defence adviser to their equivalent government department for defence. She worked as part of a team operating out of Camp Eggers, a now closed US military base that was located near the capital city.

As we commemorate those who lost their lives in the Invasion of Normandy on 6 June 1944, Liz reflects on her own personal connection to the historic events of D-Day.

Liz’s uncle, Royal Marine John Cameron, was in Normandy on that fateful day. Then at the rank of Corporal as part of the No. 48 Commando. 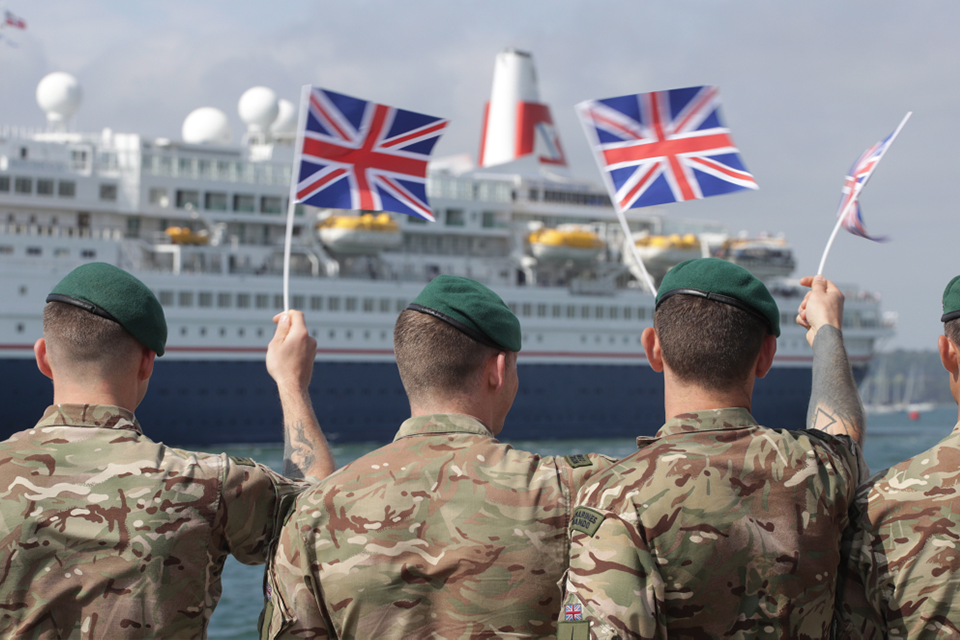 A group of Royal Marines, the Corps of which Corporal Cameron was a member, wave Union Flags as the MV Boudicca departs Poole Harbour on a nine-day commemorative tour as part of 2019 D-Day commemorations.

Hailing from a Cambuslang, a town on the outskirts of Glasgow, John left school at the age of 15. He originally worked in Glasgow’s meat market until the age of 18, when he decided to apply for the Royal Marines. He became a corporal and moved to Kent to be stationed in the Royal Marine Barracks in Chatham, taking the service number of X113326.

John became a member of the No. 48 Commando, part of the 4th Special Service Brigade. As a coxswain in the ‘Four Eight’, he was responsible for the steering and direction of an LCM (Landing Craft Mechanised) landing craft. The LCM came to prominence during the World War 2, being used to land troops and tanks during amphibious assaults by Allied forces, most notably so in the Normandy landings on D-Day.

In his role as coxswain, Corporal Cameron was tasked with successfully transporting the 3rd Canadian Infantry Division to Juno Beach, so they could seize the German airfield in Carpiquet, now the Caen-Carpiquet Airport. At the age of 20, his role was a major one, with lives on the line there was little margin for error.

Carrying around 130 Canadian soldiers, John set off from the south coast in the cover of night, taking them across the English Channel. Soldiers became unwell as a result of the craft battling strong waves, but the young Royal Marine successfully landed the Canadian troops on occupied French soil.

Sheltering from heavy enemy fire, with shells bursting all around his landing craft, John departed Normandy to head back to home shores for the next grouping of troops. He continued to transport soldiers, supplies and ammunition to the French coast throughout the following weeks.

John was one of many coxswains that were crucial in the successful landing of troops on the shores of Normandy, playing a large part in the eventual success of Operation Overlord.

After his completing his service, John went on to have two daughters with his wife Helen. He spent his later life in the Erskine veterans home in Renfrewshire, in his native Scotland, before passing away at the age of 91.

The Defence Academy of The United Kingdom, based in Shrivenham, 20 miles west of Oxford, provides higher education for personnel in defence, security, government and beyond – both from the UK and overseas. Housed in the former Royal Military College of Science, the institution exists to deliver the highest-quality of teaching and training in leadership, business management, acquisition and technology. 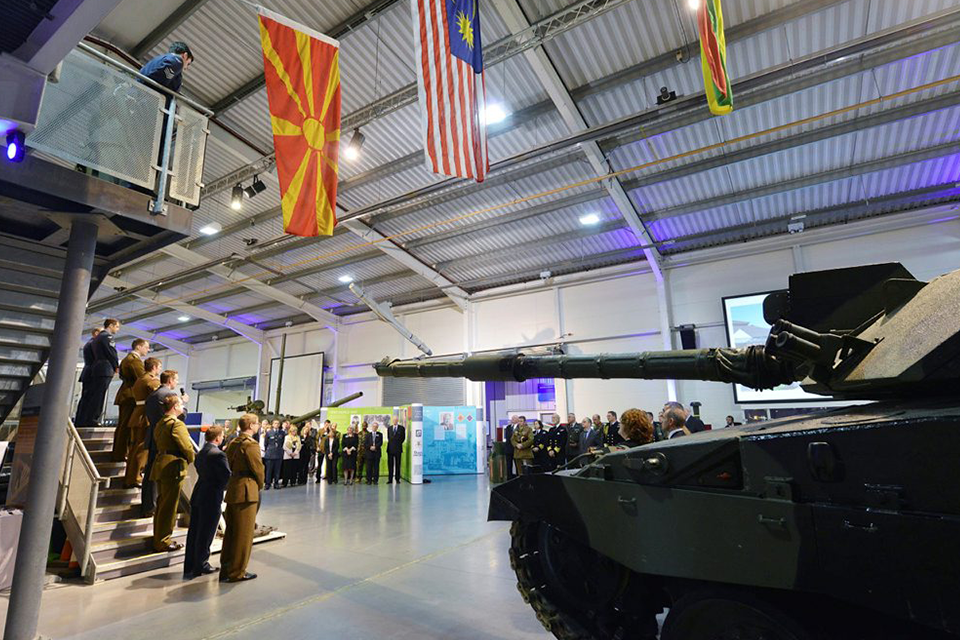 The main campus of the Defence Academy in Shrivenham. Shown here in 2013, as His Royal Highness Prince Michael of Kent visits for the official opening of the Defence Centre for Languages and Culture.

A vast, sprawling site, the Academy, originally known as Shrivenham Station, was constructed in 1937 as a Royal Artillery Depot. After the World War 2, it served as the home for the Shrivenham American University, established to provide a transition for United States troops between their life in the military to subsequent attendance at a university in the US.

Since the 1950s, the purpose of the site has remained similar, offering military education through the numerous institutions that called the site home in the latter half of the twentieth century.

It was officially christened the Defence Academy of the United Kingdom in 2002, currently directed by the Director of Joint Force Development (JFD), Air Marshal Edward Stringer.