National Crime Agency officers have charged a 64-year-old man with facilitating illegal entry to the UK after discovering eight illegal migrants on a yacht. 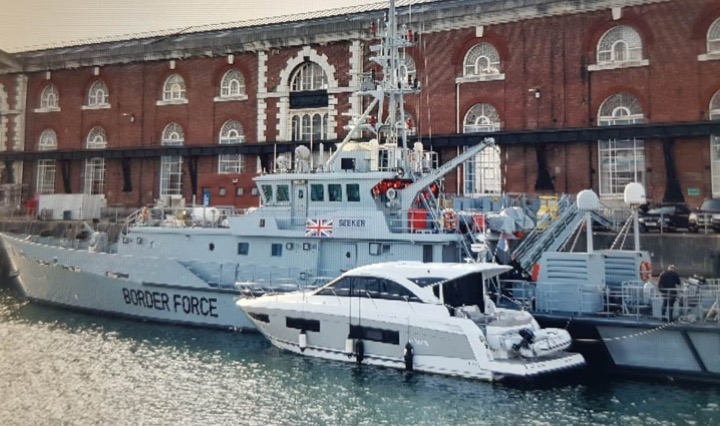 NCA officers have charged a 64-year-old man with facilitating illegal entry to the UK, following the discovery of eight Albanian migrants on board a motor cruiser in the English Channel.

The vessel was intercepted by a Border Force cutter off the coast of West Sussex on Wednesday afternoon and taken into Portsmouth, where the seven adults and one minor on board were handed to immigration authorities.

Boat skipper Charles Edward Lynch, of no fixed abode, was charged late last night and is due to appear at Portsmouth Magistrates this morning.

The National Crime Agency has begun an investigation after the discovery of eight illegal migrants on a yacht.

The vessel, a 46 foot motor cruiser, was intercepted by the Border Force cutter Seeker and a coastguard helicopter recently (6 November) and escorted into Portsmouth.

Eight Albanian nationals were found on board and their cases will now be dealt with in line with UK immigration rules by Immigration Enforcement.

The vessel’s skipper, a 64-year-old British national, has been arrested on suspicion of attempting to facilitate a breach of immigration laws and is now being questioned by NCA investigators.

The boat is being forensically examined at Portsmouth naval base.

“The NCA works closely with our law enforcement partners to protect our borders, and targeting and disrupting criminal groups involved in people smuggling is one of our highest priorities.

“This particular incident is now the subject of a criminal investigation, and I’m grateful for the assistance of Border Force, the Maritime & Coastguard Agency and Ministry of Defence in that.”